The preparation for the 2019 general elections has, for months now, monopolised the media and political landscape of Nigeria, a country of about 197 million (as at October 3, 2018 based on United Nations estimates).

The last few days have witnessed all shades of campaigns, horse-tradings, concessions and outright political battles, as different parties embark on direct or indirect primaries to elect flag-bearers that will represent them in various elective posts (presidential, governorship and legislative offices) in 2019.

The ruling All Progressives Congress (APC) gubernatorial primary election in Lagos, which held on Tuesday, October 2, comes immediately to mind.

Unfortunately, but not surprising to many observers of the Lagos political landscape, the incumbent governor, Akinwunmi Ambode lost his bid to return as the Lagos governorship candidate in the 2019 elections to Mr Babajide Sanwo-Olu, the man he appointed as the Managing Director of the Lagos State Property Development Company (LSPDC).

For the first time since democratic rule returned to Nigeria in 1999 after about 33 years of military hegemony, a sitting governor in the acclaimed Centre of Excellence was rejected in a primary election by the party structure that once favoured him over other political heavyweights.

Mr Ambode, a Christian, has conceded defeat and claimed to be ready to support his opponent, Mr Sanwo-Olu, also a Christian.

However, pundits questioned the credibility of the primary election process, saying it was not an election but a voter intimidation process, as many a electorate was allegedly ordered not to vote for the governor by the leadership of the party in Lagos, headed by the former two-term governor, Asiwaju Bola Ahmed Tinubu. 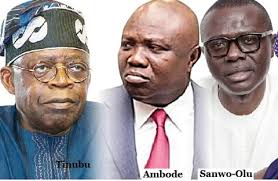 This brings to the fore the question of what democracy stands for; whether it is truly the government of the people or the party. What does Islam say about elections and Muslim participation in the democratic process?

This topic, among others, is what your exquisite Muslim News will be discussing every Friday, ahead of the 2019 general elections.

In language, the word “election” means selecting, sorting and choosing. Technically defined, it is the process by which voters elect a person or people to represent them in the governance system of any geographical entity.

It is the process through which the citizens or a section of the citizenry choose whom they want, as the right candidate for leadership or any other task they wish to use it for.

This is the view of revered Islamic scholar, Fahad Bin Saleh Bin Abdul Aziz Al-Ajlan, in his book titled: Election and Its Judgement in the Islamic Jurisprudence.

The History of Elections

The modern day form of elections was not the norm in early history; Islamic and non-Islamic. Islamic history has no record of a process whereby all the citizens participate to choose the leader.

In a nutshell, there was nothing like the right to vote and be voted for as aspirants or candidates as it exists today.

However, what was known to Islam was that people declare satisfaction and preference to who governs them. As for the general public, what is expected from them is to pledge allegiance to the new Khalifah (the leader of the Muslim community) and declare their obedience to his leadership.

Election was not the business of the public but that of learned, informed and experienced stakeholders among the people.

The Emergence of Elections

England, one of the four countries that make up what is today known as the United Kingdom (UK), was the first country to apply the system of representative government.

The format applied then was election by majority. This dated back to the year 1265, and was the prevailing system until 1914. Elections were then restricted only to those who were able to pay tax.

Today, modern democracy has adopted universal electoral suffrage, which is gender-friendly, and without the proviso of ability to pay tax or requisite knowledge, while there is usually a consensus on the requirement of maturity (e.g. a minimum age requirement, which is eighteen years in Nigeria).

History of Election in Islamic Governance

The modern system of elections emerged from the West. The Prophet (peace be upon him) said: “Wisdom is the lost property of the believer and wherever he finds it, he takes it.”

There were instances and events that came close to voting in the history of Islam, albeit with incidents of agreements and disagreements.

First, in the era of the Prophet (peace be upon him)

A. Allegiance to the leaders when the Ansars (Helpers of Islam in Madinah) swore allegiance at the ‘Aqaba (near Mina, in Makkah). Prophet Muhammad (SAW) said to them: “Choose twelve leaders among you for me who will represent their people and administer their affairs.” (Ahmad 3 \ 461, Hakim 3 \ 282)

The Prophet sought people’s opinion on the matter, and they signalled satisfaction, but he (SAW) did not stop at that. He then said: “We don’t know who amongst you has agreed and who hasn’t. Go back and your chiefs may tell us your opinion.” (Al-Bukhari in the Book of Representation; 2307)

Secondly, in the era of the Khulafa

A. Public allegiance done for every Khalifah appointed: The new Khalifah stands in the mosque and the people pledge allegiance to him. The evidence for reference here is people’s participation in the pledge of allegiance to the Khalifah.

B. The consultation Abdul Rahman ibn Auf, one of the beloved Companions of the Prophet (SAW), held with people in order to appoint the Khalifah: Abdul Rahman ibn Auf stayed three days consulting people until he eventually settled to choose Uthman (RA). This can be found in the Sahih Bukhari, The Book of Judgements, Chapter One, How People Should Pay Allegiance to the Imam; 6781)

Third, after the era of the Khulafaa:

A. Umar ibn Abirah advised his Governor to Khorasan (modern day Northern/North-western Afghanistan) to ensure most of his ministers and workers are people-oriented. He said to him: “You must beware of workers’ excuses”. The Governor asked: “What are workers’ excuses?

Umar responded: “Instruct the people of each community to select a person and appoint him, then if he is good, it (the credit) will be yours, but if he is evil, then it (the consequence) is for them not you. You are totally excused (History of At-Tabari; 1318).

Some derivable benefits from historical events

The provision of elections, whereby it is mandatory to pledge allegiance to selected leaders and express satisfaction about their appointment is a legally established matter Islamically, as it is evident that the pledge of allegiance is not possible until after the selection.

Secondly, reporting to the general public for their pledge of allegiance and obedience is as well legally established. People must be involved to pledge their allegiance to their leader, an obligation which mandates them to be under the judgement and obligations.

Topic to be discussed next week: Shariah-Backed Provisions for Elections