It was a weekend to remember as prominent Muslim scholars, media practitioners and Muslim youths graced the launch of the third and fourth books of the Islam and Media series by Rasheed Abubakar, a columnist with Daily Independent and publisher of Muslim News Nigeria.

The books, titled: “Media Narratives of Muslims in Nigeria: Facts and Fallacies” and “Islam and Modern Vices: Issues and Concerns in the News” were unveiled on Saturday, December 1, 2018, at the University of Lagos (UNILAG), Akoka, Lagos. 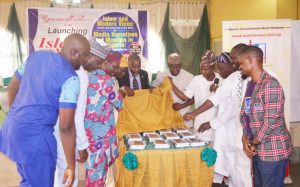 The Chairman of the occasion, former INEC National Commissioner and Chairman, UNILAG Muslim Community, Prof Lai Olurode who declared the event open, congratulated the author for his audacity to write on the subject, which he said may not likely appeal to conventional readers.

He said: “It is not easy to write on the subject. If he had just thought of the gains, if he was materialistic, he might not want to commit himself to such writings. What has driven him to do this great work is his passion for Islam.

“This is a very strong jihad, and he needs our support. We need to promote the literacy of Islam, the religion that is poorly understood, even by the media practitioners, who claim to be literates but are stark illiterates of what Islam symbolises.”

The first reviewer, Prof AbdulRazaq Kilani, who was ably represented by Ustadh AbdulWarith Solanke, a veteran journalist with the Voice of Nigeria, said Islam, a faith professed by over 1.6 billion people worldwide, deserves a better treatment in the media than what currently obtains.

The professor of Islamic Studies at the University of Port-Harcourt, Rivers State noted that Islam, a civilization which has spanned many centuries, remains one of the biggest stories in the media.

“Islam is the fastest growing religion in the world. It is the last man standing in global spirituality as others have capitulated to the forces of greed and worldly materialism. Islam has offered the Nigerian public space quality education, social welfare and above all, intelligent and peace-loving people.”

He however stated that in most cases, such stories are misrepresentations of Islam and they are about scapegoating the Muslims. He added that many journalists in Nigeria appear to have subscribed to Mark Twain’s quote – “First get the facts. You can distort them later” – as their foundational principle when dealing with Islam and Muslims.

The second reviewer, Dr Qasim Akinreti, Chairman, Nigerian Union of Journalists (NUJ), Lagos Council remarked that the content analysis of the book: “Media Narratives of Islam in Nigeria” focuses on Islam and Muslims in the media.

READ ALSO...  India’s annexation of Kashmir is straight out of the Israeli playbook

“The first one is the large scale but wrong accusations against Islam as well as wrongful display of Islamophobia by the media in Nigeria. The other critical issue is the challenge of investigative reporting skills. Perhaps one pathetic issue this book raises is the reoccurring need for strategies to counter the narratives in the media space by the Muslims.”

The NUJ Lagos Chairman called on the Muslims to take advantage of what the media offers.

“I’m not in the spectrum of those who would blame the media for the Muslims. Rather, I will blame the Muslims for not taking the advantages when we they them”. 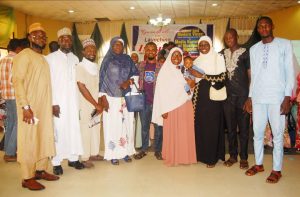 Akinreti further recommended that the book be included in the reading lists of literatures for “Specialised Reporting” in Journalism schools.

The author, Rasheed Abubakar thanked the guests and contributors for their unwavering support towards the successful launch of the books.

He revealed that over 100 news stories, features from top newspapers, including foreign tabloids, were used for content analysis of the “Media Reportage of Islam and Muslims in Nigeria during the compilation of Series 3 of the book.

According to him, the second book: “Islam and Modern Vices…”, which addressed socio-cultural, political and religious issues within the Nigerian and foreign countries as they were reported in the news, was a product of his weekly Islamic column called AL-FAHM in Daily Independent on Fridays.

Abubakar stated that through his regular in-depth analyses of the reportage of Islam in the media, many Muslims today are increasingly aware of the media biases against Islam, which he believes would be reduced, if not stopped.

In his words, the Chairman, Planning Committee of the event, Mallam Tajudeen AbdusSalam said books are indeed illuminations to the darkness of ignorance, reliefs to the threats of religious bigotry and veritable replies to the mischief makers and divisive elements in our society.

Mallam AbdusSalam saluted the courage of the author for not only displaying writing dexterity but also possessing the preservation skill which translated into what the attendees all gathered at the venue to launch.

He thus challenged Muslim writers to step up their game and take a cue from the author, Rasheed Abubakar by preserving their writings for the present and the future generations.

“I also appeal to the Muslims, particularly the younger ones to ensure they read the books. That is the only way to reward the author’s effort. We must revive the reading culture. We must differentiate ourselves from the masses. Readers they say are leaders, and if we must provide leadership for this generation, we must remain voracious readers,” he added. 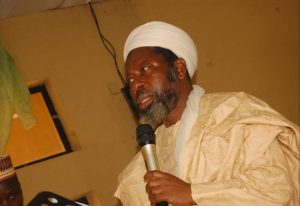 Muslim scholars have written about the subject the author addressed in his books. Talking about Islam and the media, they concluded that journalism started during the time of the Prophet Muhammad (SAW). It is about unveiling things that are hidden and people are ignorant of, or better still, revealing events that people don’t want to be exposed.

The first verse that was revealed to the Prophet in Qur’an 96 is “Read! In the name of your Lord” and that is the basis, as corroborated by Qur’an 5:57. From these verses, the scholars of Islam concluded that media emanated from Islam and developed into what we have today.

Our predecessors do not joke with the media, neither did they handle it with levity. It was our negligence that made us lose grip over it and it was taken from us. It is unfortunate that some claimed that its origin is not from Islam. This is not true. Media is an integral part of our religion. However, we failed to recognise how powerful it is, but the non-Muslims do. This made them have more media organisations. They also fund and finance the activities of the media.

The efforts of the author are commended and I call on Muslim parents to encourage their wards to study journalism or mass communication. We need more youths to join the author in spreading the universality of the Islamic message through the media. 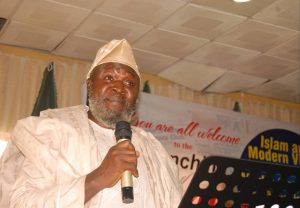 I witnessed the book launch. I am concerned about the books, their content and their public reception. Nigerian youths no longer read, and that makes them victims of the biased reportage these books seek to expose.

Information is a potent weapon but propaganda does not produce sound minds. It rather produces emotional hawks and they are the harbingers of sentiments. I hope we will find a way to make Nigerians access the books and their content. The effort of the author is great and that is the only we can encourage authors. 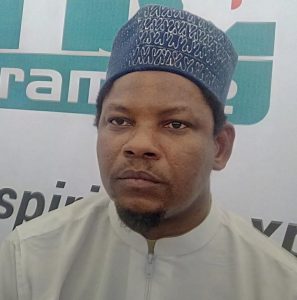 The book recently launched by Rawshield PR came at the right time when Islamophobic tendencies of the mainstream media in Nigeria has reached a nuisance level. Even Non-Muslims and people of goodwill are tired of one-sided emotional reportage heaped on us by journalists that have been compromised. This attitude is unprofessional and contrary to the ethics of journalism and mass communication.

By unveiling the one-sided reporting styles, the media antics and the diabolical motives of Islamophobes and hatemongers in the media profession is to me reassuring, gladdening and a welcome development.

By virtue of the book, we now have veritable metric for measuring balance reportage and responsive journalism in Nigeria.

For too long, Muslims have been put on the defensive because they have been stereotyped. Stereotyped because the yardstick of Western measurement is used to measure their rights. Thus, the media enjoined the drama and sensationalised any and all issues once a Muslim or Islam is involved.

These books have exposed the imbalance and outlined the falsehoods peddled against Islam and Muslims, thereby changing the narratives, crashing the stereotypes and exposing the concealed truth about Islam and Muslims.