Umar Ibn Khattab: A Perfect Template for Buhari’s Next Level

Last week Saturday, February 23, 2019 marked a new dawn for Nigerians, who went out in their millions to choose a new set of leaders who would steer the affairs of their country in different capacities for the next four years.

In a keenly contested battle for Aso Rock, the incumbent President, Muhammadu Buhari of the ruling All Progressives Congress (APC) defeated his archrival, Alhaji Atiku Abubakar of the leading opposition People’s Democratic Party (PDP) to emerge the winner of the presidential election.

There has been wild jubilation in and out of the country by supporters of President Buhari. Pages of newspapers have been filled with congratulatory messages since he was declared winner early Wednesday by the electoral commission, INEC, and many are already setting agenda for the President-elect.

This writer also rejoices with Mr Integrity as President Buhari is fondly called by supporters on the victory at the polls and recommends for him Umar Bin Khattab’s model, which is considered to be one of the best in the world’s history, in steering the affairs of this great country to the #NextLevel.

Who is Umar Bin Khattab?

In the history of Islam, chronicles of leadership are not complete without talking about the immeasurable roles played by Umar Bin Khattab, who introduced dynamism into the administration of the affairs of the Muslims, which has since become a model for the world.

His exemplary qualities and leadership skills elevated him so much that he was included in Michael Hart’s 100 Most Influential Persons in History, first published in 1978. Interestingly, Prophet Muhammad (peace be upon him) was ranked No 1 and Umar Bin Khattab was ranked No 52, above great leaders such as Roman Emperors Charlemagne and Julius Caesar.

According to Hart, Umar Bin Khattab’s achievements are impressive, and it would be a grave mistake to ignore his contributions to humanity.
Born in Makkah around 580AD into the family of Al- Khattab Ibn Nufayl, the tall, well-built Umar was loved by the Quraish for defending their idols, and despite being an arch-enemy of Islam, Prophet Muhammad loved him a lot, and wanted him to accept Islam. 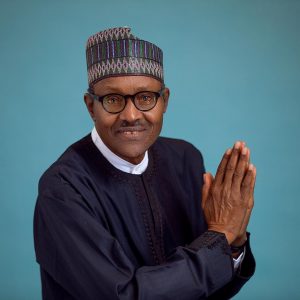 In the collection of Ahmad and Tirmidhi, Abdullah Ibn Abbas (may Allah be pleased with him) reported that the Prophet (peace be upon him) prayed to Allah to strengthen Islam with Abu Jahl bin Hisham or with Umar Bin Khattab.

The day Umar embraced Islam, he was on a mission to kill the Prophet (peace be upon him), who was seen as a stumbling block by the Quraish. Instead, Umar ended up embracing Islam following an altercation between him and his sister, Fatimah bint Khattab and her husband, Said bin Zayd, who had earlier accepted Islam.

His conversion was a turning point for Islam, the religion that was once practised secretly as a result of the fear and humiliation the Muslims suffered in the hands of the Quraish.

According to many narrators of Islamic history, the conversion of Umar, once an arch-enemy of Islam, was a morale booster for the Companions of the Prophet (peace be upon him).

The acceptance of Islam by Umar boosted the Muslims’ confidence to profess Islam publicly. At his (Umar’s) suggestion, the Prophet (peace be upon him) led the Muslims to worship in the Haram, Ka’aba for the first time, even in the presence of top leaders of Quraish, who felt humiliated and embarrassed by Umar’s action. This courageous move by Umar earned him the title of “Al-Faruq”, meaning; the one who distinguishes between right and wrong.

Umar Al-Faruq stood by the Messenger of Allah firmly throughout his years of prophethood, both in Makkah and Medina. He participated in many of the battles against the darkness of the Kufar, including the Battles of Badr and Uhud, and the Conquest of Makkah, which was a bloodless battle. 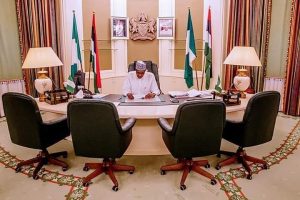 When Abu Bakr became the first Sahabah (Companion) to succeed Muhammad (peace be upon him) after his demise, Umar Al-Faruq made significant impact in ensuring the continuity of Allah’s work despite his divergent views on leadership and other religious issues with Abu Bakr.

At the age of 50, the mantle of leadership and management of the affairs of the Muslims was entrusted in the hands of Umar following the death of Abu Bakr.

There are a lot of qualities of leadership to be learnt in Umar’s chronicles, but the essential ones would be highlighted below:

Responsibility entails accountability, both in this world and the Hereafter.
This is one of the essential qualities Umar Al-Faruq exhibited as a leader of the Muslims. He possessed a very high sense of responsibility, as he always felt that he was accountable before Almighty Allah for the welfare of everything under him, including the animals.

More so, his sense of responsibility also made him keen on knowing the real situation of his people, by having an open door policy and inquiring about the status of his people, both formally and informally. He was aware of every citizen – males, females, young and old, with all their names documented in the official records. 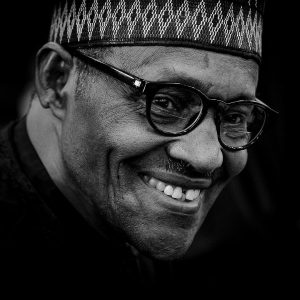 From the public treasury, he gave every Muslim stipends and every night, he would patrol the streets of Madinah, the then headquarters of Islam and its outskirts in order to help the needy, protect those in distress, and get first-hand information about his subjects’ welfare.

This act of participation is achieved through consultation, righting the wrongs and advice, which are all mandatory in Islam. Participation was a culture shared by all during the life time of Prophet Muhammad (peace be upon him) and his four Rightly Guided Caliphs.

Umar-Faruq was a most truthful man who had respect for all individuals – Muslims and non- Muslims, without discriminating between them. While forming his government, he kept the most experienced and qualified companions with him in Madinah as his advisors. But that didn’t prevent him from consulting with Muslim youths, who he said had sharper minds by virtue of which they could come up with original ideas.

The matter was referred to the court of Qadhi Zaid ibn Thabit. On Umar’s arrival at the court, the judge, Zaid ibn Thabit, vacated his seat out of his respect for him. This act made Umar uncomfortable after observing the situation, and he said; “this was the first injustice done by Zaid”. He then sat down next to his opponent, who was Ubayy.

President Buhari success story at the polls is the story of every Nigerian who believes in the maxim that says, “One good turn deserves another”. Despite the many challenges he faced since assumption of office three years ago, his wisdom, honesty, patriotism and fervour for this great country have taken us this far.