‘It’s an objective narrative from the correct Islamic perspective’ – Director

A budding faith-based production outfit, Wonu Filmworks has dropped the trailer of Blunder, an Islam-inspired feature length movie that reflects on the social ills of the Nigerian society.

The trailer was released at a time when there is growing demand for an alternative movie genre that will not only project the image of Islam, but also proffer solutions to a plethora of social vices, based on the Qur’an and Sunnah.

In an exclusive chat with Muslim News Islamtainment, the Director, Wonuola Tahj said unlike the usual negative portrayals of Islamic values in films, Blunder is an objective narrative from the correct Islamic perspective. 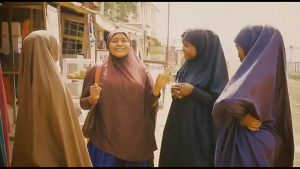 According to him, from a critical look into Hollywood, Bollywood and Nollywood, one can safely conclude that Islamic stories are often told from the non-Muslim perspective, and no matter how hard they try to justify their stories, there is a contradictory conclusion on what Islam professes.

“To this effect, my film teacher and enthusiast, Steve Anu Adesemoye, once said to me; ‘If you (as a Muslim) do not tell your own stories, the world will keep on giving the wrong notion about your faith via the camera lens’. That’s why we released Blunder, an objective narrative from the correct Islamic perspective,” he added. 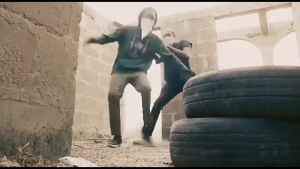 Muslim News Islamtainment’s findings revealed that there is no release date for the movie yet, as the producer is currently shopping for investors and sponsors to buy off the entire production.

Confirming this development, Wonuola Tahj said, “We are yet to decide on a release date. Initially, Blunder was meant to be a zero budget movie, but after the whole production, we did a rough estimate of the total amount spent so far and we were close to 300,000 naira and the post-production cost is not added yet. 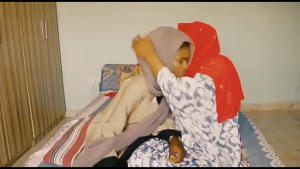 “Looking at this factor, we feel there is a need for return on investment (ROI), considering the, energy, commitment and efforts on this project,” he added.

Blunder is the sixth movie from the stables of Wonu Filmworks. The first production was titled 2 Sides of a Coin (2015), and focuses on sexual harassment in Nigerian tertiary institutions. Other Wonu works are Faded Dreams (2015), Needle in the Darkness (2016), Destiny (2017), and Crush (2017).