New Zealand Mosque massacre: They do not kill them except for their belief in Allah – Analysis

Some of the victims of New Zealand mosque terrorist attacks...

The fifteenth day of March 2019 will go down in the annals of history as one of the saddest days for Muslims all over the world. It was supposed to be a festive day for Muslims in that Fridays are miniature festive days in Islam, but was turned to a bloody day, all in the name of religious intolerance and Islamophobia.

It is expected of every Muslim that is worth his salt to head for a central mosque every Friday to perform the Jum’ah rites. This is, of course, what the Muslim community at Christchurch, New Zealand did last Friday, March 15.

In no distant time however, a bloodthirsty, daredevil terrorist identified as Brenton Tarrant launched ravaging and devastating attacks against scores of defenseless Muslims in Masjid An-Noor and Linwood Mosque. This, to say the least, is cruelty, barbarism, callousness, and brutality, all rolled into one.

The whole of New Zealand and the Muslim world in general had been in mourning since the heartless attack took place. The murderous act saw the death of at least 50 Muslim worshippers, among them children, aged male and female. 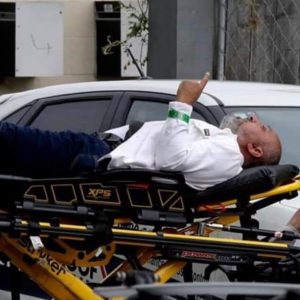 No fewer than 50 are receiving treatment after sustaining various degrees of injuries from the gun attacks. The die is cast; we can only pray to Allah to count the departed ones as martyrs and grant the Muslim community the fortitude to bear the colossal loss, specifically their kith and kin.

No doubt the gruesome terror unleashed on these Muslims in the House of their Lord is borne out of hatred and Islamophobia. Islamophobia is a phenomenon that dates back to the days of Prophet Ibrahim (may Allah be pleased with him). This is because he was the first person to embrace the religion of Islam, and attempts to extinguish this religion and its upholders had begun in Ibrahim’s days.

It however became prominent in the days of the last prophet, Muhammad, who came to perfect the religion of Islam as Allah says, “This day I have perfected for you your religion and completed My favor upon you and have approved for you Islam as religion.” Qur’an 5: 3

Those who embraced Islam then were persecuted in the hands of the powerful but cruel rulers in the city of Makkah. The early Muslims were maltreated to the point of death and near-death. 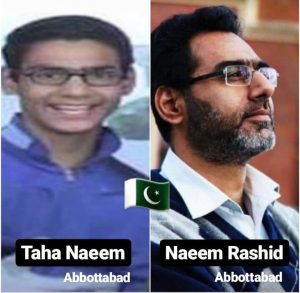 The same scenario is playing out at present. Far-right terrorism is on the rise once again and their victims are the Muslims, whose only sin is that they call to the worship of Allah alone.

Endless cases of Islamophobia abound in the globe, both at the micro and macro levels. The New Zealand case is just one out of many attacks against Muslims globally.

Hijab bashing is yet another form of Islamophobia; the disqualification of Muslims from job opportunities even after meeting necessary requirements is another; down to the level of killing, slaughtering and shooting at them. All these occur because of one thing: the aversion for Islam and Muslims.

We take solace in the words of Allah in the Qur’an and the teachings of the Best of Mankind, Muhammad (SAW). Evidently, there are several portions in the Qur’an that reveal that plots of enemies will always abound against Islam and Muslims. 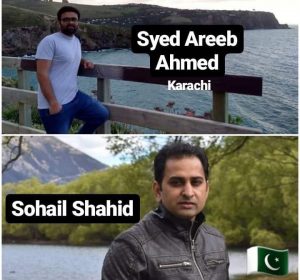 In Sura Al-Buruj, Qur’an 85, Allah says, “…and they do not persecute and kill them (the believers) except for their belief in Allah, The Mighty, The Praiseworthy. He to whom belongs the Dominion and Control of the heavens and the earth, and Allah is a Witness over all things.”

True are the words of Allah. The terrorist who killed Muslim worshippers, a 28-year-old Australian citizen Brenton Harrison Tarrant, in his 93-page manifesto filled with anti-immigrant, anti-Muslim hate, vowed to continue his crusade against Muslims, that is if he survives the murder charges instituted against him by the New Zealand government. If he doesn’t, there are still 101 Brentons scattered everywhere across the world, many of whom find solace in Trump’s United States and other countries of the western world.

A day after the Christchurch massacre, a Nigerian Christian who goes by the name Comrade Chidi, praised the New Zealand Mosque shooter, calling for similar treatment against Muslims in Nigeria. Chidi, in his tweet sent on Saturday, March 16, 2019, specifically mentioned Abuja National Mosque as his preferred location for attacks, like the New Zealand scenario. 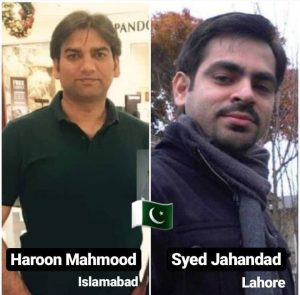 Although Comrade Chidi has apologised following spontaneous reactions from Muslims and unbiased non-Muslims, his action, just like the New Zealand attacker’s – who livestreamed the killings video on social media – shows the world the height of animosity against Muslims and their religion, Islam.

As for the attacker and his collaborators, Allah has revealed their end in the following verse, “…Verily, those who trouble, persecute and kill the believers men and women, and then refuse to repent, for them is the punishment of hell fire, and for them is a painful chastisement and terrible torment.”

May Allah forgive the victims and grant them Aljannah Firdaus. “Indeed, those who have believed and done righteous deeds will have gardens beneath which rivers flow. That is the great attainment.” – Qur’an 85: 11