Ramadan: The Secret of Man’s Godliness

There is Godliness (Ar-rabbaaniyyah) in everyone, no matter how terrible they might be. My recent encounter with some street urchins popularly known as area boys, who were also preparing for Ramadan, has proven so.

No doubt, area boys are known for their reckless lifestyles and hooliganism. We live with them and obviously, we’re aware of the troubles they cause. But at the approach of Ramadan, the Muslims among them suddenly amend their ways and lead a Godly life.

I intentionally listened with rapt attention to the conversation between two popular street urchins at Ijeshatedo area of Lagos days ago, for the purpose of this article. Sir Fathy (real name, Abdul-Fatah) just left his regular gambling joint, when he met ID (real name, Idowu), who challenged him in their local street parlance –

Sir Fathy replied, Oga gbagbe! Mo ju n be. Omo boi lati sare shey runs kekere ki awe to beere. Osha mo, ti awe ba bere n’sin, no more betting. A ma kawo so ke fun saati ramoni ni. K’omo boy sare je nkan ti ma fi s’awe. O saa mo, jeun soke n tie. Meaning – Brother, forget it. Don’t mind me. I have to quickly do some “runs” before Ramadan starts. As you know, once Ramadan begins, there’s no room for betting and gambling. We will have to submit ourselves to the Great One. Let me quickly earn some cash to feed myself during fasting.”

The last Solatul Jumah (Friday prayer) of Sha’ban (May 3), the month preceding Ramadan, was over-crowded in most central mosques in Lagos, because of the arrival of Ramadan- the month of fasting. Sir Fathy was among a handful of Muslims who bought Islamic items at TMC Dawah Centre,Ijeshatedo, Lagos, in preparation for the Holy Month. I guess it was from gambling money he purchased a new jalabia (robe), cap, rosary, among others.

Did I hear you say ‘gambling money’ to prepare for Ramadan? Exactly, that’s what he did. But before you condemn him, there are many so-called Abdul-Fatahs (Sir Fathy) among the fasting Muslims out there. Forget about the fact that he’s a street urchin who earns his living from gambling, what about you? Do you think your source of income is pure enough for you to maximize the rewards of fasting in the month of Ramadan? Think about it now! 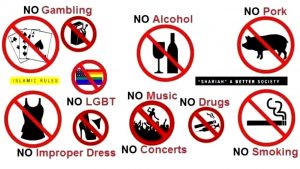 Garbage in, garbage out. Who am I to judge you, but what is certain is that it’s a sin for anyone to eat from haraam – things Allah has forbidden, much more using it to observe Ramadan. There will be no reward of fasting for such a person.

Allah (SWT) warns in the Glorious Qur’an, “O ye who believe! Eat of the good things wherewith we have provided for you, and render thanks to Allah if it is (indeed) He whom ye worship.” (2:172)

In the Hadith of Abu Hurairah, Prophet Muhammad (peace be upon him) told his companions, “Allah the Almighty is pure and accepts only that which is pure.”

He (Prophet Muhammad) narrated the case of a man who, having journeyed far, is disheveled and dusty and who spreads out his hands to the sky [saying]: “O Lord! O Lord! – while his food is unlawful, his drink is unlawful, his clothing unlawful, and his nourishment unlawfully; so how can his invocation be accepted,” the Prophet asked.

The above narrations show that it’s important we are conscious of what we eat, drink and where we get the money to buy those things we wear, especially in the month of Ramadan and beyond.

Where Lies the Uniqueness

But, come to think of it, what’s so unique about Ramadan that suddenly transforms many presumably unrepentant sinners to God-fearing beings. Why is the month special to many people, irrespective of their personalities, especially somebody like Sir Fathy who spends most of his life gambling?

That’s the secret. Ramadan is the most sacred of all months. Everybody wants to benefit from the holy month by enjoining good and refraining from evil. That’s why most fun spots, especially bars, clubs, etc that have long enjoyed high patronage of Muslims, witness low turn-out. While some conscious hoteliers too reduce their activities to honour the month, some are simply forced to do so because of low or no patronage.

Truthfully, if you can become godly in Ramadan, then it’s possible for you to be godly throughout the rest of your life. Let’s leave the ‘unchained devils’ out of this, he’s your enemy, my enemy, and you should not allow him and his agents to mislead you.

According to the noble Qur’an, Shaitan succeeded in misleading our first parents, Adam and Hawwa (Eve), and has promised to mislead his progenies (you and I) from following the Lord’s guidance. Surah Al-A’raf (Q.7; 16-17)

Shaitan said to Allah,“Because Thou hast caused me to be astray, I will surely lie in wait against them (human beings) on Your straight path. Then I will come to them from before them and behind them, from their right and from their left, You will not find most of them as thankful ones…”

My brethren, godliness can be attained, even after Ramadan. Shaitan wants you to be swimming in sins, but you must fight your ways to desist from all forms of sin. Although it’s not easy, the following steps would help you achieve godliness. 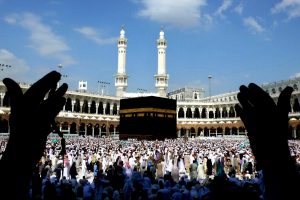 1. The worship of Allah

You should at all times know that it’s only Allah alone we worship and Him from alone we seek for help. You should not seek other lords beside Allah, not to seek other helper, protector or gods beside Allah. (Study the following verses, Q3: 164, Q.3:162, Q.3:14)

“But as for him who feared standing before his Lord, and restrained himself from evil desires and lusts. Verily paradise will be his abode. According to Qur’an 79: 40-41. Imam Al-Qurtubi commented: “It was the fear of Allah that made him to abstain from sin (while still on earth) when he was about to commit it” (Al-Qurtubi 19\208)

READ ALSO...  Innovated practices in the month of Rajab

3. You can’t hide from Allah

Truly, nothing is hidden from Him, in the earth or in the heaven, says Allah in the glorious Qur’an, 3:5. “It is the same (to Him) whether any of you conceal his speech or declares it openly, whether he hid by night or goes forth freely by day.” Qur’an, 13:10, “And Allah is with you (by His knowledge) wheresoever’s you may be. And Allah is All-seer of what you do.” Qur’an 57:4. Therefore, always know that Allah sees you.

There is need for sincere evaluation of oneself, the essence: “Fear Allah and keep your duty to Him. And let every person look to what he has sent forth for the morrow, and fear Allah, verily Allah is All-aware of what you do.” Qur’an 59:18.

Also, “That day shall you be brought to Judgement, not a secret of you will be hidden.” Qur’an 69:18

For instance, Umar bin Khathab (the second caliph of Islam) used to beat his leg and say: “What have you done today.”

Another companion, Ibn Summah, a devout, once counted his days on earth, when he was 60 years old. It totalled 21,600 days. He screamed: “Am I going to meet Allah with 21 500 sins?! How if I commit thousands of sins every day?!” he collapsed and fainted.

– Rasheed Abubakar is the publisher of Muslim News and the author of “Islam and the Modern Vices: Issues of Concerns in the News”