– Dedicates cover page to them

Muslim News Nigeria has honoured a select group of Muslim media icons who have done Islam proud via their work in the different genres of journalism in Nigeria. This it did by publishing a canvas of their names and pictures on its latest cover.

The said cover, of its Ramadan/May 2019 online edition, featured a shortlist of their names and pictures, and was titled ‘Muslim Media VIPs: The Hall of Fame,’ with the rider; ‘Muslim men and women in print, broadcast and academia changing the face of Islam in the Nigerian media.’

The list comprises Muslim media maestros from the North and South of Nigeria, and cuts across all major subspecialties of the media.

Mojeed Musikilu of Premium Times, Tajudeen Adebanjo of The Nation, Sulaiman Aledeh now of EKO Disco and Nymah Akashat-Zibiri of Your View on TVC also featured on the shortlist.

An important member of the honors roll was Sheikh AbdurRahman Ahmad, who was particularly recognized for his sterling role in mentoring young Muslims during his days as a journalist and presenter with MITV, Lagos, before his emergence as the National Missioner of the Ansar-ud-Deen Society of Nigeria.

Why we honoured them

The publisher of Muslim News Nigeria, Rasheed Abubakar, who also featured in the list, said there is the need for Muslim media practitioners to be celebrated and honoured, not only for being excellent ambassadors of Islam, but also because they have been, time and again, positive change agents in Nigeria through their objective and fair reportage.

“By practice, journalists are trained to fight for other people’s rights through their balanced reporting. They also write to celebrate different personalities who have performed excellently in their fields of endeavour with beautiful words.

“However, by far fewer people fight for or write about them – their struggles, legacies, pains and gains – for the upcoming generation of journalists to learn from,” Abubakar said.

The Muslim News publisher, who is also the author of the popular Islam and the Media book series, added that there is also the need to preserve the sanctity of Islamic values in the media, especially at times when they come under Islamophobic attacks, which have spiked in occurrence lately.

“Nobody is saying they should defend corrupt people because they claim to be Muslims, but they should ensure that the beautiful image of Islam is spared. The images of innocent Muslims who practice the tenets of their faith must not be painted black. Unfortunately, this nefarious trend has worsened in recent times in the Nigerian media.

“For instance, when some evil elements kill in the name of Islam, it is expected of our Muslim media practitioners to tell the world with beautiful stories that Islam denounces the killing of innocent souls. They should not blow such stories out of proportion, while blaming and stereotyping the evil acts of a few deluded individuals on the 1.8 billion Muslims of the world, all in a bid to sell their newspapers and draw traffic to their websites,” he added.

Rasheed Abubakar further called on all journalists, Muslim and otherwise, to fear Allah as regards what they write for public consumption, as they will all stand before Allah on the Day of Accountability to defend what they used to write while on Earth.

The full list, with corresponding pictures, is displayed above/below. 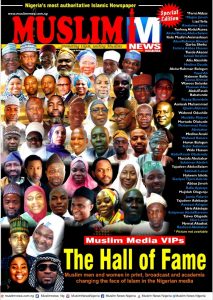 Muslim News Nigeria, a publication of Rawshield PR Media, is a mouthpiece for underreported Muslim achievers and events in Nigeria and across the world, which are never given prominence in the mainstream media.

Our Mission
To give special media attention and coverage to important people and events in the life of Muslims that do not gain mainstream media attention, and to change the media narrative of blaming Islam and Muslims for offences committed in its lofty name. 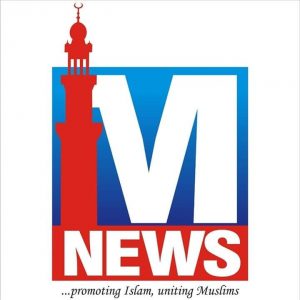 Editorial Policy
We shall be fair to all persons, irrespective of their religions and ideologies, as long as that promotes the image of Islam and unites the Muslims. We shall also uphold the ethical standards of journalism, as allowed by Islamic ethics.