An overwhelming number of netizens, including renowned security expert and author, Ambassador Abayomi Nurain Mumuni, participated in the Muslim News Ramadan Quiz which was conducted yesterday on all our social media handles.

As part of the series celebrating the Ndigbo Muslims in the blessed month of Ramadan, we asked for the names of five prominent Igbo Muslims, but got 10 influential ambassadors of Islam from the South-East of Nigeria, after careful confirmation of their identities.

He is the Chief imam of the University of Nigeria (UNN) Nsukka. Hails from Ogute Enugu-Ezike in Nsukka, Enugu State. He is also the Deputy secretary-general of the Nigeria Supreme Council for Islamic Affairs (NSCIA). 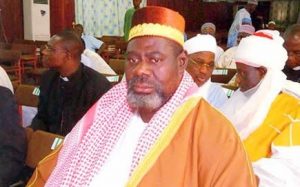 He is from Akpugo in Nkanu LGA, Enugu State, embraced Islam as a member of the National Youth Service Corps (NYSC). He was the president of Muslim Corpers Association in Kaduna State and the Muslim Corpers Association of Nigeria. He was made the chief Imam of University of Ibadan in the 1980s. He was the Director of Administration of Nigeria Supreme Council for Islamic Affairs (NSCIA). 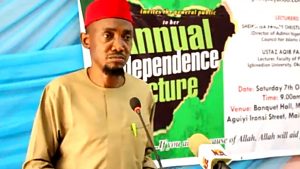 Hails from Anambra state. He is described as a businessman, Industrialist, Billionaire and a Philanthropist. He was an acting Chairman of the Board of Directors of NEWSWATCH in the 1980s. He is the founder of Nok Publishers and first African editor at Double Day.

He is from Imo state, a human right lawyer. He is the Chief Imam of Imo State and the Waziri Hausawa. His grandfather was said to be the first recorded Owerri man to embrace Islam in 1908.

He is from Afikpo in Ebonyi State. He is a Muslim from birth and the son of late Sheikh Ibrahim Okpani Nwagui, the founder of the Islamic Center, Afikpo who brought Islam to Afipko in 1958. 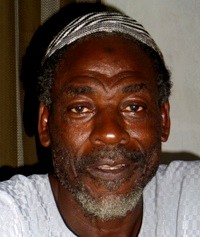 He is the Igwe (Traditional ruler) of Umuofor Kingdom, Oguta LGA , Of Imo state. He is described as an Islamic scholar. His father, Eze Alhaji Abdul Gaffaru (Ezeodo, Eze Ohazurukwe I of Akabor) is said to have embraced Islam during the war and thereafter brought it to his home town. 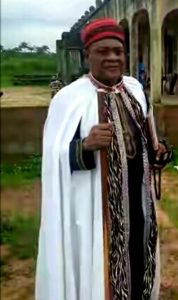 Hails from Ebonyi state. Became a Muslim at the age of 13 in 1972. He has worked with JNI as a Preacher. He holds a BA in Islamic Studies from the King Sa’ud University in Riyad, Saudi Arabia. He was the vice principal and later principal of of Jama’atu Institute for Arabic and Islamic Studies. He was the provost of the Jama’atu College of Education, Kaduna. He has completed his Masters and is pursuing his PHD. 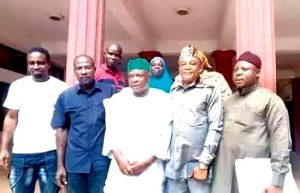 He is from Ezeagu LGA in Enugu State. An Imam at Al-Hauda Muslim School. He was the presidential Candidate of the African Renaissance Party (ARP).

He is from Orlu in Imo state. Converted to Islam at the age of 12 in the 1970s. Studied Islamic studies and later Food science technology in Tripoli University Libya. He was the chief Imam of Owerri. He was appointed the director of Administration of Nigeria Supreme Council for Islamic Affairs (NSCIA) in 2000. His maternal uncle, Late Muhammad Ukaba was the chief imam of Orlu Local Government.

He is from Afikpo in Ebonyi state. He is an Engineer by Training, in 2007 he was conferred the Chieftaincy title of ‘Onye Nchekwa Okwukwe Ala kuba Na Ala Igbo’ (The Defender of the Islamic Faith in Igbo land) by His Royal Highness, Eze Nwosu Ibe, the Ezeigbo I of Abuja. He converted to Islam in 1982.

According to Aishat, “Islam has come to stay in Igbo land the same way Christianity and other religions came, and there is nothing anybody can do about that because God has already signed it long before I was even born.”