Exclusive: Shi’ite protesters calling for the release of Zakyzaky should be killed – Islamic Scholar

– It’s not about religion, it’s politics

– Calls for proscription of Shi’ite group, diplomatic break-up with Iran

A renowned Islamic scholar, Professor Taofeeq Abdulazeez has described calls for the release of the embattled leader of Islamic Movement of Nigeria (IMN), Sheikh Ibrahim Zakyzaky as the highest level of unpatriotism to Nigeria’s national security needs.

Prof AbdulAzeez, who is also the Chief Imam of the University of Abuja, while commending President Buhari for holding and being lenient with the leader of the pro-Iran group, condemned in strong terms the agitators’ calls for the Shiite leader to be freed. 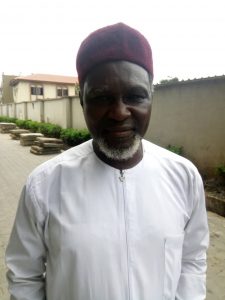 Prof Taofeeq spoke exclusively with Muslim News on Tuesday, barely a day after a violent protest erupted between the group and security agencies in Abuja, which claimed the lives of Deputy Commissioner of Police (DCP) Usman Umar; a corps member serving with Channels TV, Precious Owolabi and eleven other people.

The Professor of Language Arts at the University of Abuja stated that the Shi’ite  group are either ignorant of or mischievous about the havoc the Zakyzaky group has caused Nigeria. 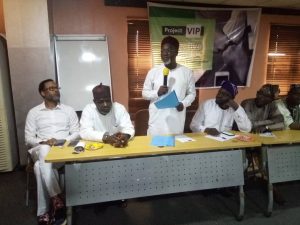 Prof AbdulAzeez also called on the Federal Government to proscribe and declare the group a terrorist group, as the only way to protect the nation and avoid creating another Boko Haram.

“Government should simply proscribe and declared the group terrorist. When government proscribes it, anybody that protests for Zakzaky’s release should be killed and it’s only a sitting Muslim President that can do that. What would have happened if they are doing this with a Christian President? The fear of “Islamisation” would have been too strong.

“They are armed too. They burnt public places yesterday. That’s arson, treason. Even if they didn’t kill the policeman as alleged, they caused his death. Hence, they are liable. They are culpable. They caused it. Should we allow this to continue? The next thing they will do is take over the Villa with active support from Iran,” he added.

It’s not about religion, it’s politics

Prof Taofeeq warned Islamic organisations and Muslim leaders to be watchful of their utterances in dabbling into the Shiite’s age-long battles and restiveness with the authorities, especially when Muslims are in power, insisting that Sheikh Zakyzaky’s trial is highly political and not a religious matter.

He said, “Of  course, they claim to be Muslims and belong to a particular sect in Islam, the Shia, but what they have done in the past and what they are doing now has no justification in Islam. What they do is an infringement on security and no serious government should condone it. There is no Islamic injunction that allows anyone to do what they do.

“They are not the only group that have global orientation and sponsorship in Nigeria. There is Ahmadiyyah and Tabligh, who are also proselytising all over the world. There are millions of Tariqah Sufi orders in Nigeria and all these groups have been conducting themselves peacefully in Nigeria. Why must the Shiites’ case be different?,” he asked.

Prof AbdulAzeez added that the continuous detention of Sheikh Zakyzaky is an international relations and diplomatic matter, stressing that releasing him would be a victory for the Islamic Republic of Iran, the leading Shi’ite Muslim majority country accused of spreading terrorism in Nigeria through its support of the IMN group.

The Islamic scholar further told Muslim News that there is no country in the world that ensures the fundamental human rights of an individual at the detriment of national security, faulting those who accuse the President Buhari-led government of violating Zakyzaky’s rights.

“For the sake of national security, anybody could be killed. That’s government for you,” he said without mincing words.

He called on the Nigerian government to break diplomatic ties with Iran for meddling with Nigeria’s internal affairs if the Shiite majority country fails to call Zakyzaky to order.

“Only Iran can call the Zakzaky group to order and that’s the height of insecurity. This is what everybody is afraid to say but I’m not”.

Professor Taofeeq  also rubbished the judgement of the Abuja Federal High Court that called for the immediate release of Zakyzaky and his wife, Zeenah in 2016.

It would be recalled that the court also awarded N50 million to the Shiite leader and his wife for the violation of their rights.

According to him, the High Court judgement or whatever court that ordered for his release did not realise what is really happening.

“The court didn’t know who Zakyzaky is and the evils his release will bring for Nigeria. This is a case of national security and should not be minimised in the name of individual human rights.

“What human rights are you talking about? This is a man who has constituted a grave security risk that could be worse than the Boko Haram insurgency. His followers are acting violenty just because the government is holding their leader. What would happen if their leader is released? He will declare a State; a Khilafah in the North and of course, he has the crowd, followership and capacity to do so, being strongly backed by Iran.

“Why should we take the risk when it is clear that Iran is meddling directly in the affairs of Nigeria. Who is Iran to meddle in our internal affairs. We have our own territorial integrity to protect as an independent state. As far as Iran is concerned, Zakyzaky is not a Nigerian. He is their citizen. We know him. He was the former Vice President (International) of MSSN in those days before he embraced the Shi’ite ideology. Many people calling for his release are not privy to this fact. The government knows him more than those people shouting human rights,” he said.

Speaking further, Professor Taofeeq said, “If the president of another country constitutes a security risk to the United States of America, they will get him and nothing will happen. The United States has removed heads of state of several countries. That’s how they removed and jailed Mohamemd Morsi before he eventually died.

“The US has collapsed the governments of several other countries too. Examples include Saddam Hussain of Iraq, Gaddafi of Libya, and so many others. The US is an expert in things like that, and obviously didn’t consider the fundamental rights of others while carrying out such acts because they believe human rights is not necessary in such circumstances.”