Kwara State Governor AbdulRahman AbdulRazaq has said his administration would institutionalise the Annual Ilorin Durbar as a tourist attraction in the state from 2019 onwards.

The Ilorin Durbar is celebrated on the second day of Eid-ul-Kabir at the infront of Emir’s palace, Ilorin, Kwara State capital, drawing dignitaries and nobles mostly from across the Ilorin Emirate who mount the horseback often in their full traditional and royal regalia.

Governor Abdulrazaq said preparations for Durbar and other such festivals would be captured in subsequent budgets instead of ad-hoc arrangements for such events.

“Ilorin Durbar has come to stay”, he said, in a statement signed by his Chief Press Secretary, Mr Rafiu Ajakaye.

“Our administration will treat it as a tourist attraction for the state. We will institutionalise it. From next year, preparations for it would be captured in the budget and organisers and the affected ministry will have to go through the traditional budget defence at the House of Assembly,” AbdulRazaq said late Tuesday when the Ilorin Durbar Committee visited him in his office.

The Governor said the Durbar would also be placed on the global map of tourist attractions like the Esie Museum, Pategi Regatta, and Gani festival, the three in Kwara State, assuring the committee of his full support for this year’s event, including releasing the horses within the Government House for the colourful event. 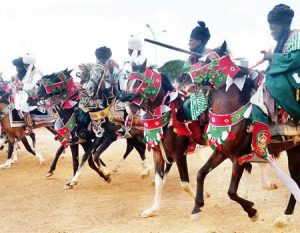 Engineer Suleiman Yahya Alapansapa, Chairman of the Durbar Committee, said they had come to brief the Governor on the activities of the committee.

“As a son of the soil and the son of Mutawallin Ilorin (AGF Abdul Razaq SAN), we want you to drive the process so that we can put the Ilorin Durbar on the global map,” Alapansapa said.

He urged the Governor to also invite his friends from within and outside of the state to attend the the event. 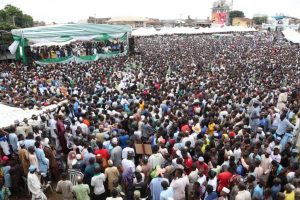 Alapansapa, who was accompanied by other members of the committee and top Muslim clerics, said Kwarans are happy at the style and attitude of AbdulRazaq to governance as he moves to let institutions perform their roles, rather than individuals running institutions with their whims.

The committee later presented the Governor with gifts from the Durbar archive, praying the Almighty God to guide him through the mandate given to him by Kwarans.