About 65, 000 Nigerians are currently in the Kingdom of Saudi Arabia for the 2019 Hajj, and among them are movie artistes and entertainers who are maestros of the make-belief industry. There are also musicians on Hajj – from Fuji to Hip-Hop, who are thrilled about the golden opportunity to answer the Call of Prophet Ibrahim (AS). But for some, including popular indigenous rapper, Temitope Adekunle, otherwise known as Small Doctor or Omo-Iya Teacher as fondly called by his fans, their identities as Muslims are still subjects of controversy. Muslim News Islamtainment presents to our dear readers 10 Nigerian entertainers on the 2019 Hajj and pray that Allah accept their Hajj and make them, and all of us, better Muslims. 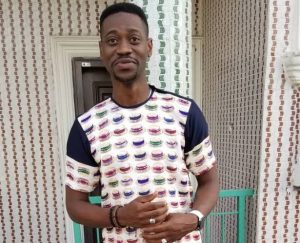 A young and talented Yoruba actor, well known in the Yoruba film industry, Abdul-Lateef Adedimeji is indeed a class act. Though born and brought up in Lagos State, Lateef hails from Ogun State. He graduated from Olabisi Onabanjo University in Ogun State from the department of Mass Communication. He is the fourth child in a family of six. 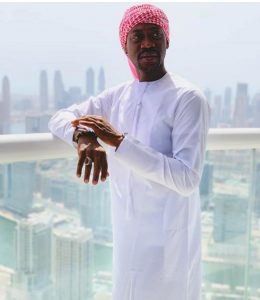 Lateef started professional acting as early as age 15 and has featured in several Yoruba movies, including Kudi Klepto, Oja-Aiye and of course, Iman, where he played the role of a brainwashed Muslim student who ended up as a suicide bomber. He is no doubt one of the leading practising Muslims in Nollywood, and from all indications, Abdul-Lateef acquired sound Arabic knowledge.

Since 2013 that she abandoned Christianity for Islam and changed her name to Aisha, the popular Yoruba actress, Lizzy Anjorin has been committed to her new found love, Islam, the religion she said gave her peace of mind and has changed her lifestyle, including her mode of dressing, going by her Instagram posts. 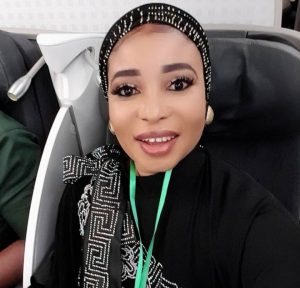 Lizzy Anjorin, a fantastic thespian has featured in countless movies, but her exceptional role in “Kofo The First Lady” was commended by all. She has been to Hajj since 2013 and performed Umrah countless times and now, the OwoNairaBet actress is in the Kingdom for this year’s Hajj once again.

Popular Nollywood actress, Kabirat Mojisola Kafidipe, famously known as Araparegangan for her role in Saworoide, a 1999 blockbuster movie produced by Mainframe Productions, is currently in Makkah for Hajj. 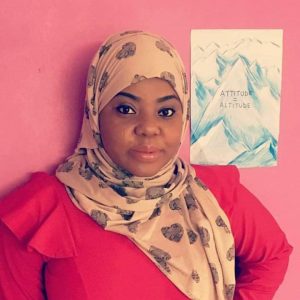 Outgoing and cheerful, Muslimah Kafayah is the brain behind Kaffy Communication Concepts, and has been dedicating her public life to teaching and promoting Islam among young ones. On a daily basis, she posts Islamic motivational content, including the beauties of Makkah, which houses the Ka’abah, on Instagram.

Surprisingly, the Yoruba Hiphop artiste, Temitope Adekunle popularly known as Small Doctor is one of the Nigerian celebrities that will be mounting the Mount Arafat, the climax of the Hajj exercise, on Saturday, August 10. 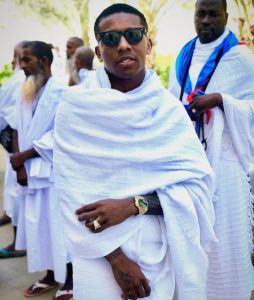 The pictures and videos of him in Ihram clothes have surfaced online, while fans began to hail him with different appellations and titles, including Alhaji Omo Iya Teacher. Small Doctor’s religious affiliation has since become a subject of discourse by pundits, some of whom believe he is a Muslim, while others argue that he is a Christian; he attends the Cherubim and Seraphim white garment church. Some even posited that one of his sons wears dreadlocks, which is against the fitrah (pure nature) of Islam. Which ever he is, may Allah guide him to the Right Path (Amin).

Not much has been written about the delectable Nollywood actress and producer, Olayinka Solomon, except that she was once married to another popular Nollywood actor, Ibrahim Chatta before their messy separation in her late 20s. 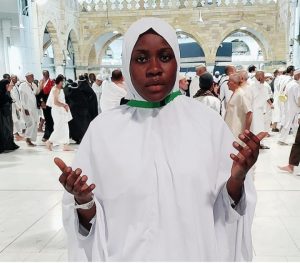 But Muslim News Islamtainment can confirm that she is a fantastic actress who has carved a niche for herself in the industry before she took a break from acting in the year 2000. Since her return last year, she has appeared in different movies, including Opin Ife and Salewa Sagbere. She has been full of thanks to Allah for making her a Muslim since she arrived the holy land for Hajj 2019.

Being among millions of Muslims currently in Makkah for this year’s Hajj excites one of Nollywood’s finest actresses, Maryam Akande, famously known as Omo VC – the title of a movie that brought her to the limelight. Unlike some of her colleagues,  Maryam has not hidden her Islam as she has always sent shoutouts to all her fans on IG with inspiring Islamic messages. 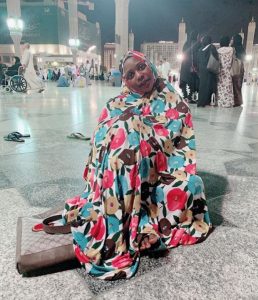 Born and brought up in Ilorin, Kwara State, Maryam, a Public Administration graduate of the Kwara State Polytechnic, Ilorin, recently admonished her fans on repentance, saying, “Shaytan doesn’t win when you sin, he wins when you think Allah won’t forgive you”.

A renowned Nigerian Fuji musician and filmmaker, King (Dr.) Saheed Osupa is undoubtedly a Muslim but many people do not know he is currently in Makkah for the 2019 Hajj until a video of him celebrating his birthday with some few friends in the Kingdom yesterday, Wednesday, appeared on social media. 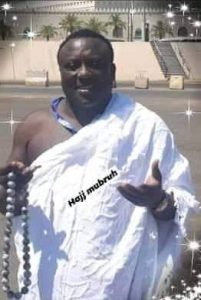 However, Muslim News Islamtainment had earlier in May known that the Olufimo 1, as Saheed Osupa is fondly called by his fans, would be going to Hajj 2019, which is his second time since 2008, when he was the guest of Allah the first time.

When the news that she was hospitalised in Saudi Arabia hit the airwaves few weeks ago, many pundits began to murmur until they voiced out, asking, “Is Kemi Afolabi a Muslim?”, “What is she doing in Makkah?” etc, but little did they know that the Ogun State born actor was in Makkah in 2015 for Hajj, in company of her colleagues such as Fathia Balogun, Dayo Amusa, and the late Moji Olaiya. The “Modorisha” actor is a Muslim, from the Muslim family of Alhaji Ganiyu and Alhaja Wasilat Afolabi. Her Muslim name is Anotallah. 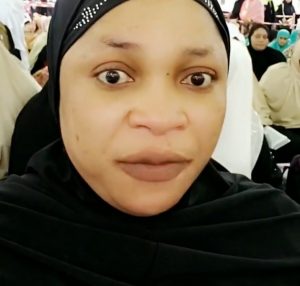 Remilekun Abdul Kalid Safaru is his name, but many of his fans in the entertainment industry would rather call him Reminisce or better still Alaga Ibile, one of the few Nigerian rappers who have featured in the TIME magazine special edition on the “Seven World Rappers You Should Meet” segment. Yet, he is also one of the most underrated, but that is not the focus of this article, rather, the crooner is currently in Makkah for Hajj 2019. 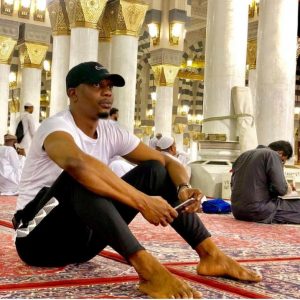 Nigerian actor, Oluwole Cole, famously known as Baraka is the popular face of the bad boy in Yoruba movies. His use of Yoruba slangs is legendary and that perhaps has made him a darling of some television viewers, even though he seldom plays the lead character. Not many even know him to be a Muslim until he posted a video of him going for Hajj 2019. His Muslim name is Abdul Hakeem. 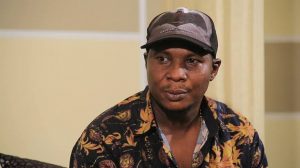 By: Rasheed Abubakar, the publisher of Muslim News