The Lagos state chapter of The Muslim Congress (TMC) has revealed plans to establish a youth development centre (YDC), a diploma awarding educational institute, at strategic locations in the state.

The State Waali, Alhaji Mikail Animashaun made the disclosure on Sunday, August 25 at the Patrons’ investiture ceremony held at the Lagos State House of Assembly Mosque Hall, Alausa, Ikeja, where fourteen Nigerians were inducted as patrons of the organisation.

A former commissioner of Home Affairs in Lagos, Hon Abdul Hakeem Abdul Lateef; the Permanent Secretary Ministry of Energy and Mineral Resources, Alhaji Abdul-Ahmed Mustapha and the Managing Director of Environmental Accord Limited, Alhaji Ibrahim Salau were among the notable personalities honoured at the event.

In his welcome address, the Waali appreciated the patrons, who stormed the venue with family and friends, saying that their presence in spite of their pre-occupations was a clear indication of their faith and conviction in the vision of the society.

He said, “We are determined to make the most of this great opportunity to consolidate the milestones achieved in recent time by walking in the light of your resourceful participation and wise counsel to attain even greater heights.”

Alhaji Mikail revealed the plan for the establishment of a Youth Development Centre (YDC), a diploma awarding educational institute, at strategic locations in the state.

According to him, this project is accorded foremost priority as it is geared towards nurturing and building leadership capacity among young, impressionable citizens and without a shred of doubt, these ventures call for tremendous and vigorous patronage.

Muslim News learnt that the youth development centre project was one of the 6-point strategic plan unveiled by the Lagos branch of the society in 2018 to facilitate the attainment of its social welfare aspirations.

The guest speaker, Ustadh AbdurRazaq AbdusSalaam Awayewaserere, the first Amir (President) of the society and the Director of Public Affairs, Voice of Nigeria (VON) harped on the essence of good company in his lecture titled,  Towards A Devout Companionship.
(The full lecture will be presented in a separate report).

Expressing appreciation to TMC, one of the patrons, Alhaji Ibrahim Salau, said the honour came at a time he felt the need to be active religiously and give back to the service of Allah.

He said, “I have spent most part of my life building my business and supporting my family. In the last couple of years too, I have been asking myself how to give back to the service of Allah. In the middle of the self rediscovery, my brother from the TMC came to inform me about the investiture. Immediately, I accepted their proposal and said to myself, God has finally answered my question.

“So, for me it is beyond being a patron. I see it as that opportunity I have been looking for to contribute to the growth of Islam. After all, what’s the essense of wealth without the service of Allah? I am really excited and assure you that I will do my best possible as patron to TMC,” he added.

Others are captured in the pictures below 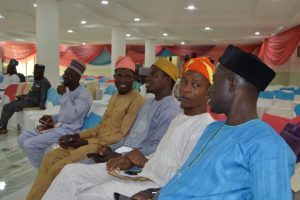 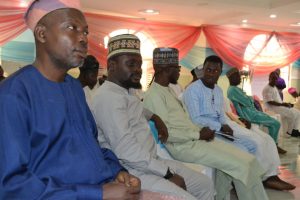 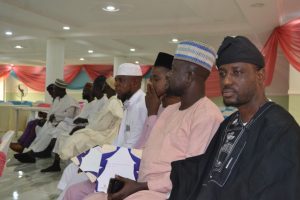 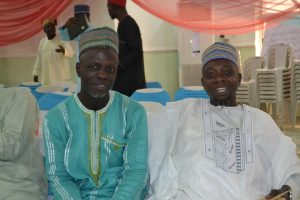 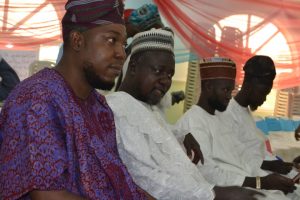 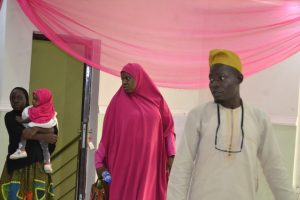 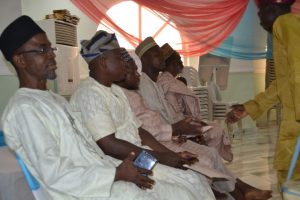 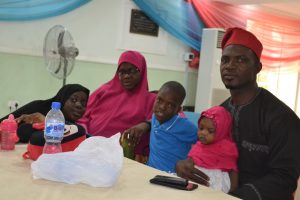 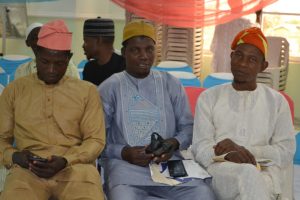 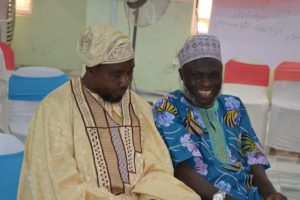