At the grand finale for the 2018 distribution year held at the National Mosque, Abuja recently, the foundation said that the funds were shared among Gombe, Katsina, Zamfara, Lagos states and the Federal Capital Territory (FCT).

The foundation’s Director/Chief Executive Officer, Imam Abdullahi Shuaib, said Jaiz is passionate about the welfare of the less privilege as well as helping those economically better off to continually support the poorest of the poor with available resources. 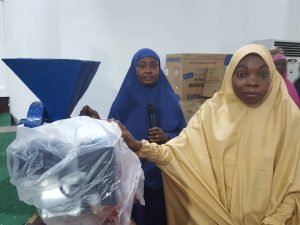 According to him, there was a decrease in the total Zakat disbursement for the year 2018 compared to that of 2017 and 2016, but the number of beneficiaries increased from 1,247 recorded last year to 2,142 beneficiaries.

Imam Shuaib said the foundation is determined and committed to wiping the tears of the poorest of the poor and putting smiles on their faces in line with the prophetic tradition of taking care of the poor and loving one another with passion. 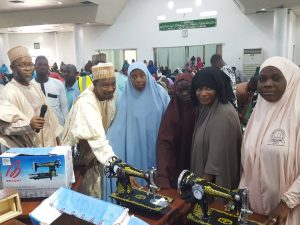 “More worrisome is the fact that the aforementioned challenges are no longer peculiar to each respective region. They have resonated in virtually all the six geo-political regions of the country so much so that we are not sure where the desired peace and happiness will come from.

“Be that as it may, Jaiz Foundation believes that peace and happiness lies in the happiness of other people. When you give others their happiness, your own happiness and peace of mind will come back to you”

The foundation, he noted, will soon initiate a Waqf Project in Katsina state before the end of this year to address the educational needs of vulnerable children “and your support will be required to accomplish this task.”
He thanked the Zakat payers for their support and solidarity. 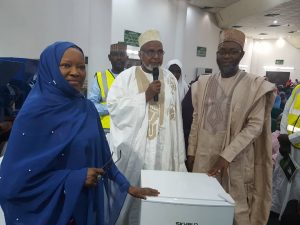 Speaking earlier, the Chairman of the foundation, Mallam Adamu Bello decried the increasing rate of poverty, deprivation caused by insecurity and other vices.

Mallam Bello said: “You will observe that the rate of poverty and deprivation occasioned by insecurity and other social vices has gone on the increase with hapless Nigerians as victims.

“The need to attend to the fallout of this has largely shaped the direction of our activities in the year under review with interventions targeted at victims of insurgency, banditry, kidnapping as well as addressing the Al Majiri issue.”

He thanked those who supported the foundation, and sought their further patronage to reduce to the barest minimum the challenges of poverty, disease and hunger in Nigeria.

In his goodwill message, Chairman, Jaiz Bank Plc, Alhaji Umaru Abdul Mutallab hailed the foundation for its giant strides within a short period of operation. 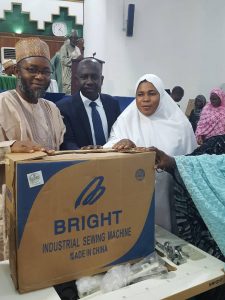 Alhaji Abdul Mutallab advised the beneficiaries to make good use of the opportunities extended to them.

According to him, Jaiz Charity and Development Foundation otherwise called Jaiz Foundation, is a humanitarian and charity organization set up to provide socio-economic and developmental services to humanity.

The foundation was established by Jaiz Bank Plc, the pioneer and fully non-interest Bank in Nigeria on 2nd April, 2012, as an independent and autonomous organization with its own Board of Trustees and Management Team.

“As a Waqf-based organization, it provides humanitarian relief for emergency/disaster situations as well as intervention and developmental support in the areas of agri-preneurship skills acquisition, community projects, health, water and sanitation, widows and orphans support, capacity building, resettlement/accommodation support, entrepreneurship skills development, collection and distribution of Zakat and Waqf administration among others,” he said.