Today, the 12th of October, 2019, all roads lead to Iwo, the Senatorial District Headquarters of Osun West in Osun State of Nigeria and birth place of Alhaji Liad Tella. This day, the retired Senior Research Fellow in the Department of Mass Communication, University of Ilorin, and former Federal Commissioner at the National Hajj Commission of Nigeria (NAHCON), will be turbaned as the Asiwaju Musulumi of Iwo.

The selection of Tella for the religious title by the League of Imams and Alfas in Iwo in conjunction with the Paramount Ruler of the ancient town and Deputy Chairman of the Osun State Council of Chiefs and Traditional Rulers, Oba Abdurasheed Adewale Akanbi, is unequivocally without contention. This is because, as an Arab poet once described Tella’s ilk, he is so eminently qualified for the position just as the position is profoundly befitting to him.

That Tella is being honoured as Asiwaju Musulumi now is a belated recognition for someone who has been a vanguard of Islamic propagation and activism for the past five decades. As one of the pioneers of the Muslim Students Society of Nigeria (MSSN) as well as a veteran representative Islam as well as Muslim icons and scholars such as Chief MKO Abiola and Sheikh Adam Abdullah Al-Ilory (May Allah repose their souls) in Islamic functions both at home and abroad, I will say that his recognition as a symbol of Islam is long overdue though it is better late than never.

My path first crossed with that of Tella within the premises of the famous Markaz Arabic Training Centre, an Arabic citadel established by the renowned legend and internationally recognised Islamic scholar, Sheikh Adam Al-Ilory, whom I later served as Private Secretary in Agege, sometime in 1987. I had arrived Agege from Iwo in December 1986 to further my Arabic and Islamic education at the Tawjihiyyah/ Thanawiyyah level after my Idaadiyyah and secondary education at Markaz Shabaab-il-Islam (Islamic Youths Center) and St. Mary’s Grammar School, Iwo respectively.

About three months after my arrival on a particular Friday, Tella came as usual to observe the Jumaat prayers at Markaz. He used to be in company of Alhaji Femi Abbas, the well- acclaimed columnist with The Nation newspapers and Chairman, Media Committee, Nigeria Supreme Council for Islamic Affairs (NSCIA). Alhaji Abbas is an alumnus of Markaz and former student of my father’s Arabic Centre, Markaz Shabaab-il-Islam, Iwo. Both Tella and Abbas were acquaintances to Sheikh Adam. The duo had been regular visitors to Baba and everyone in Markaz Agege as teachers or students recognised their position as two gentlemen in whom Baba was well pleased. 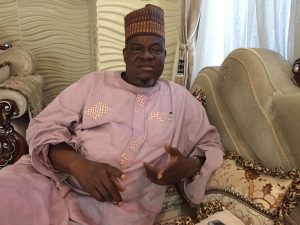 On this particular day, Tella was not in Markaz with Abbas but with one of his younger brothers, Alhaji Fatai Tella. Alhaji Fatai knew me very well in Iwo as one of his boys in the Muslim Students Society of Nigeria, Iwo Central Branch, which he headed as President. Unlike Liad, who was Lagos-based, Fatai knows everyone in my father’s household more so as we prayed in the same Masjid at Aroworeki’s Compound, a stone throw to Belewo’s Compound where he lived then.

It was Alh. Fatai who called me out when he saw me among my mates that hot afternoon after the prayers. Unknown to him, I had been nicknamed “Olooko” (the namesake) at Agege in deference to Baba Lagege who named me at birth after himself. Calling someone Adam is like a taboo within Markaz premises and so everyone looked at Alh. Fatai with scorn and bewilderment!

Alh. Fatai thereafter introduced me to Alh. Liad as the son of Baba ile Aroworeki, Sheikh Ahmad Adedimeji, the Otun Imam of Iwo and since then, I became one of Alh. Liad’s close protégés who usually visited him especially on weekends at his residence then at Alade Close, Jungle Bus stop in Iju Area of Lagos. Alh. Tella thus took me as son and I too adopted him as father and the relationship has been highly beneficial.

At Concord where Alh. Tella was then Group News Editor and later Deputy Editor Daily, his office became a meeting point not only for Concord Muslim staff but also all Iwo/old Oyo State young men and women who recognised him as mentor and role model that he was. Besides, his home at Alade Close, Iju, too was a rallying point for those of us who saw him as a benefactor of immeasurable value. Alhaji Kunmi Olayiwola was Alh. Tella’s neighbour at Alade then as his flat was directly opposite that of the Tella’s. Olayiwola was to later become Concord newspaper’s Abuja Beareu Chief and now into media consultancy and insurance marketing. 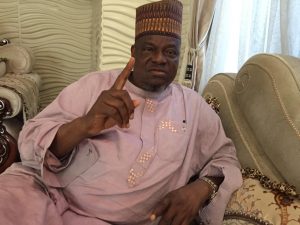 I remember after my graduation from Markaz Agege and retention as both tutor and PRO for Markaz, I was fond of visiting him at home and office more regularly than before. It was during one of the visits that he introduced me to the Concord Managing Director, Dr. (Mrs) Hamidat Doyin Abiola, who was then looking for an Arabic and Islamic teacher for her daughter, Doyin Junior.

I started the lesson with Doyin but other Chief MKO Abiola’s children later joined, particularly children of Alhaja Bisi Abiola whose flat was then directly opposite Dr. Doyin’s. The children of Alhaja Kudirat Abiola (of blessed memory) also joined my class. If today I’m proud to say I was once a private tutor to many of MKO Abiola’s children, the credit should go to Alh. Liad Tella who facilitated my connection to that wonderful family.

I also remember that on many occasions, Chief Abiola would walk pass the corridor in the building of his palatial house off Toyin Street, Ikeja, where we usually had the lessons and ask me if his children were coping well with their Arabic and Islamic lessons. In fact, there was a day he walked in with Ambassador Babagana Kingibe, who was his running mate in the ill-fated 1993 General Elections and after both of them exchanged pleasantries with me and the children, Babagana Kingibe dipped his hands into his pocket and gave me a substantial amount of money in appreciation of my work and care to his principal’s children.

It is also interesting that my part-time job as private tutor culminated in Dr. Doyin Abiola’s sponsorship of my first Hajj (pilgrimage to Makkah, Saudi Arabia) in 1993, the same year I got admitted into Bayero University, Kano (BUK) to study Common and Islamic Law. It was such a wonderful trip with Alh. Tella as Chairman, Osun State Pilgrims Welfare Board that year. Other pilgrims became envious of us close to him, the Chairman’s boys.

One of the peculiarities of Alh. Liad Tella is that he is a pioneer and pathfinder of a rare breed in Iwo. He started something that is very uncommon among the Yoruba by adopting the name of his compound/ neighbourhood as his surname. Many people will not dispute the fact that the practice is uncommon among the Yoruba and Southerners generally unlike the Hausa who culturally adopt the names of their villages and towns as surnames. Though examples are legion, names like Hassan Usman Katsina, Alhaji Shehu Shagari, Abubakar Rimi, Maman Kotangora, Sani Kamba, Muhammadu Gambo Jimeta among Northerners are illustrative.

By adopting Tella, the name of his compound in Iwo, Alh. Liad succeeded in publicizing Tella compound and setting precedence in the annals of Iwo.

Meanwhile, other prominent Iwo sons and daughters have since taken after him, such as Professor Lai Olurode from Olurode’s Compound. Olurode was the Dean, Faculty of Social Sciences, University of Lagos and former Federal Commissioner in charge of Training and Education, Independent National Electoral Commission (INEC) under Professor Attahiru Jega’s headship of INEC.
Others who adopted the practice include Honourable Gafar Akintayo Amere from Amere’s Compound, immediate past member of the Federal House of Representatives who represented Iwo/ Ayedire/ Ola Oluwa Federal Constituency in the 8th Assembly as well as my present principal, who I was introduced to by no one other than Alh. Liad Tella, Distinguished Senator Adelere Oriolowo from Oriolowo’s Compound, the Senator representing Osun West Senatorial District in the 9th Senate.

Alh. Tella has lived a fulfilling life of service to Allah, to community and to humanity at large. He is a magnetic personality and devout Muslim whose lifestyle shall continue to inspire generations of Muslim professionals for many years to come. He has been a Muslim leader and now that he is formally proclaimed as such by the Iwo community under the Oluwo, I wish the man the cap perfectly fits many years of dedicated service to Islam, Iwo and humanity.