All the mainstream and online media, particularly the popular television station in Akure which more or less, lied to Nigerians that the corpse of the missing boy, Gold Kolawole was exhumed from the altar of Alfa Babatunde’s Sotitobire Miracle Centre in Ondo state shouldn’t only apologise but should be charged for spreading fake news, in which according the media reports, “no fewer than six houses and five vehicles were razed by the angry youths who stormed the church headquarters”.

There is no need to mention the media cabal or carry out a content analysis of how they threw caution to the wind by carelessly flaunting unverified headlines, such as “missing boy buried alive at church altar…” or this “…where body of missing boy was exhumed”, etc. 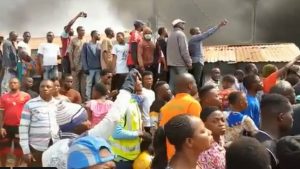 Sadly, they didn’t even use “allegedly” or “reportedly” in their sensational headlines which they gladly wrote as if they were living witness of the exhumation. It’s however unfortunate that the body of the missing child was not found at the altar of the Church. It was all fake news, as later confirmed by the Ondo state police Command.

Wait a minute! Could this be the reason they – some of the mainstream media – didn’t support the social media/hate speech bills which are expected to regulate public communication so as to ensure peaceful coexistence among the people in the society?

Couldn’t this also be the main reason the Nigerian Guild of Editors (NGE), Nigerian chapter of the International Press Institute (IPI) have been mounting pressure on the National Assembly to suspend the bill? Have they condemned their colleagues for the misleading reports? 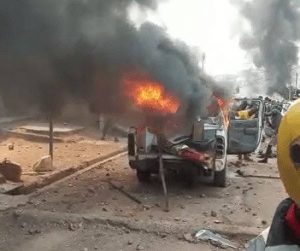 The sad part of the story as reported by many of these so-called media was that the Founder of the church had been in the custody of DSS since the incident happened in November.

What if he returns and discovered the calamity that has befallen him which was due to fake news? I am not here to defend him but the truth is, he is the prime suspect since the incident happened in his church and he can only be prosecuted by the court of law. Hence, he is innocent until proven guilty by the competent court.

Seriously, I keep wondering why we are like this in this country? We’ll spend days and nights blaming Mr President, his political party and the security agencies for their lawlessness whereas our own anarchy is legendary.

Religion apart, can any reasonable fellow tell me why the “mobs” or “irate youths” as used by the media took laws into their own hands? Can you tell me why you started sharing fake news with misleading analyses when it was premised on lies?

Seriously, I just thought of it now. If I didn’t pour this out, like I just did, my conscience will haunt me. If we don’t tame fake news and hate speech in this country, it will consume us…all of us!