A Professor of Communications Arts at the University of Abuja, Imam Taofeeq Abdulazeez has revealed three factors that contributed to poor wealth creation among Muslims today.

Prof Abdulazeez made this disclosure today Wednesday, while speaking on the topic; “Reclaiming the Islamic Identity” at the ongoing 2019 Convention organised by the Guild of Muslim Professionals (GMP) in collaboration with the Muslim Public Affairs Centre (MPAC) taking place in Ikeja, Lagos.

The University Don explained that past Muslims were known for the deployment of their talents and resources for public good rather than waiting for government jobs. He told the group of Muslim professionals that wealth creation is the legacy of Muslims in previous epochs which they must uphold if they want to experience a departure from the situation of the recent past.

Speaking further, he highlighted the three reasons Muslims cannot create wealth, he said, “One, the scholars (Ulamah) are professional scholars who are poor and depend largely on the few rich persons while an overwhelming majority of their followers are poor. They depend on the crumbs that will come from these poor followers and the substantial donations that may come from the few rich. Therefore, what you don’t have, you can’t give.

“It takes the scholars (Ulamah) to start doing business, to start creating wealth, for the followers to know that this is the right way to go. Everybody that goes to Arabic school thinks that he’s going there to become an Alfa to exploit people. They are making it very difficult so that many people would not join them. So, we cannot create wealth due to this reason. 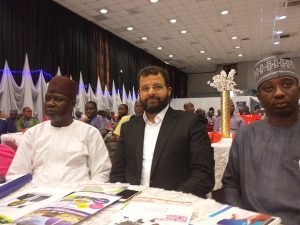 “At age eighteen anywhere in Europe and the Americas, no child is made to continue to go to school and then the parents are spending on him. Basic education is the basic thing, and then you start fending for yourself. Now, we are going to the Universities, Polythecnics for no reason. So, education is wasting our time because the structure is not well oriented and not giving us any skill,” he said.

Imam Abdulazeez also blamed selfishness on the part of rich Muslims for non-creation of wealth among Muslims, noting that a difference could be made from the local level through our various Masaajid .

“Thirdly, Muslims cannot create wealth today because we are selfish. The rich will not set up businesses that will engage people enough to make them independent in the future. The rich want to literally enslave their workers forever because this is what is happening in the general society. 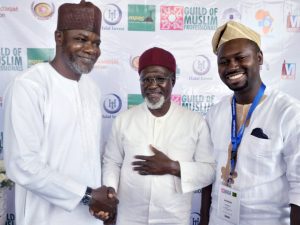 “It is you who knows these things, and you are in the minority. You have to go back to the grassroots. Join and interact with the people in the local Masaajid and make the difference. You don’t know the influence that your participation in your local Masaajid will have on other people,” he concluded.

The Chief Imam of University of Abuja said it is important for Muslims to create wealth, adding that it’s their identity.

He said, “Muslims were renowned for their individual, private worth and talents; the deployment of their talents for public good. It is only once in a while that government will employ somebody due to his expertise. We are still living to the past where the colonialists came to educate us for the purpose of making us work for them to exploit our wealth.

“If we really want to break from this tragic past, Muslims must develop their talents, work on it and make contributions to their personal lives and to the society. Then, this would be recognized due to two things: firstly, the Islamic personality which is also linked to the second, integrity,” he said.

Abdulazeez, who is also a renowned Islamic scholar, harped on the need for integrity and expertise among Muslims, saying that with both qualities, Muslims would be sought after to intervene in governmental projects which will eventually pave the way for employment and poverty alleviation.

“Once you have integrity and you have expertise, you have achieved excellence. Allah says, ‘You are the best of people raised up as models for others’. Qur’an 3: 110.

“Muslims should be persuaded to come and make further contributions into governance. In that case, we won’t be looking for job. In that case, there would be enough wealth from which we will pay Zakat and give Sadaqat which will alleviate poverty.

“Our major challenge is poverty. And this poverty is endemic. That’s why I said the three are related. We must break the shackles of ignorance by knowing beyond schooling. We must know. We must go to school, but we must know beyond what is taught in school. Second, we must use this knowledge to create wealth. Third, we must use the wealth to give back to the society by engaging the politicians who are in charge of the common wealth,” he noted.