‘I was never a media person. So I think it’s only natural for me to go back to what I normally do’

Dr. Muinat Ibipo Abdur Raheem-Salam, the only Hijab-wearing Muslim lady that participated in the now rested TV personality show, The Debaters, barely ten years ago is back on the public radar.

The eloquent Hijabi, despite her background as a medical doctor, held those who followed the show back then spellbound with her eloquent, unique and amazing oratory prowess which, of course, won for her millions of fans, particularly Muslim pundits.

The Debaters, a reality TV show was created by Mo Abudu and sponsored by Guaranty Trust Bank, on public speaking in 2010. It involved participants who had deep mastery of the English language and good control of audience.

The keenly contested debate had Dr Ibipo emerging the first runner up, carting away a million naira prize.

Since the end of the show in 2010, the Muslimah practically disappeared from the public glare, with many of her fans asking: Where is Ibipo?

Muslim News sighted the delectable Muslimah for the first time in almost a decade at the just concluded GMP, MPAC Convention held in Lagos, southwest, Nigeria between December 25 to 26 where she moderated a panel entitled: Nigeria By 2050: How Ready Are We?

In an exclusive chat with Muslim News, Dr Ibipo, who later attended the GMP/MPAC Award and Dinner night with her husband, Dr Salami Olayinka, said she went back to her normal life as a Physician immediately after the show ended ten years ago. 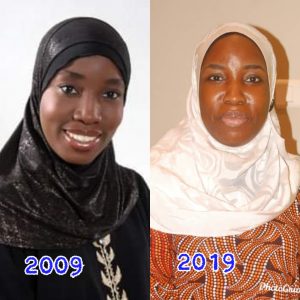 “I have been around. I went back to my ordinary life, doing what I normally do. I am a doctor attending to patients. I work at the Lagos State University Teaching Hospital (LASUTH) as a Public Health Physician,” Ibipo said.

She stated that, despite focusing on her medical profession, she still receives commendations from many people about her speaking prowess during the competition.

According to her, “It’s almost a decade now that we had the show. Yet, many people still recognise me. It’s interesting. They still remind me of the experience they had while watching the show. So, some of them would tell me how they supported me passionately.

” It’s fun and refreshing to know I have that kind of influence on people. It’s interesting to know that they are willing to identify with me and the things they think I stand for. It’s nice. It feels good to be a Muslim. People identify with that. Alhamdulillah.”

Recalling her experience ten years ago, she said, there were no strong challenges affecting my religion except personal challenges of missing home. I did miss my husband, sometimes because I left him alone at home for the show barely a year after our nikaah in 2009.

“There was so much to read within so little time.The food became monotonous at some point. At times, I had the fear of going home with nothing. Alhamdulillah I went home with a million.

Muslim News findings however revealed that the graduate of Medicine and Surgery, Obafemi Awolowo University, Ife in 2008 didn’t bank on the euphoria of the fame and popularity the platform accorded her to build a future career in public speaking.

Explaining why, she said, “I was never a media person. I don’t have any particular public image I would like to push forward. I am a doctor, so I think it’s only natural for me to go back to what I normally do.

For me, it was a platform to enjoy myself and to do what I love doing: speaking, rubbing minds with people, learning and I did just that (at the GMP/MPAC event).

“It allowed me to be able to even do much more since I left. I think it is a different stroke for different people. So far, I have been able to reach my goals to basically do something different and to have fun while doing it.

“It was a challenge for me. So, it has allowed me to take up more challenges knowing that I could. Besides that, I had no plan for it to give me a big media personality. It must have been good for people who were able to use it to launch themselves, but that wasn’t my intention.”

While urging the young Muslims who want to go into the art of public speaking to take responsibilities and not to make excuses, Ibipo said, “The sky is the limit. I did think I could do it and I did it. Many people who have been challenged have also done very well before then and after then. So, no excuses. Just push it and you’ll get there.” 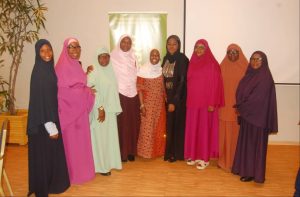