World Hijab Day 2020: Why we are collaborating – FOMWAN, Al-Mu’minaat, MSSN, The Criterion, MPAC, Others

Many prominent Muslim organisations in Nigeria have expressed their readiness to actively participate and use the annual gathering, World Hijab Day 2020 to create awareness about the Hijab and push for an end to the persecution and harassment of every girl-child.

Muslim News had earlier reported that no fewer than ten different Muslim Women Organisations in Nigeria have teamed up to stage a spectacular World Hijab Day 2020 slated for Saturday, February 1st, with the theme, “Unity in Diversity”.

A top Islamic organisation, Federation  of Muslim Women Organisation (FOMWAN) noted that the reason for teaming up with other Islamic organisations to stage a walk for the Hijab is to re-emphasize concerns over the lingering issue of denial of the use of Hijab in schools and other public establishments.

Speaking with Muslim News, the Lagos State Amirah of the body, Professor Halimah Egberongbe said the idea of teaming up for this year’s World Hijab Day event is to re-emphasize concerns of Muslim women over the lingering issue of denial of the use of Hijab in some schools in Lagos State with one voice, from a united front. 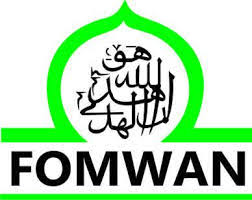 According to her, this year’s theme, ‘Unity in Diversity’ is unifying and inclusive of views from diverse organizations across the world about not just the use of Hijab but also modest and decent mode of dressing.

Reacting to how the synergy would help the advocacy for Hijab, Prof Egberongbe  said: “We believe the move will first drive home to government and relevant functionaries the continued disregard to directives on the issue of Hijab i.e. to grant its use to Muslim girls, particularly schools in Lagos State. Then to task government to enforce adherence to its directives by stakeholders”.

The synergy is pointing to the fact that Muslims are not divided on Hijab, says Al-Mu’minaat

Al-Muminat, the Believing Women Organisation in Nigeria said this year’s theme – Unity in  Diversity – is the reason many Islamic organisations are rallying support for the successful outing, adding that, “It will bring all believers together irrespective of their backgrounds and ideological leaning.

Speaking with Muslim News, Lagos State Amirah, Alhaja Bushrah Adeagbo-Jubril said Al-Mu’minaat has always collaborated with various organisations as it relates to the World Hijab Day event in the past. She however mentioned that this year’s edition is different given the wide range of support it gathered from multiple Islamic bodies.

“Unity in Diversity is the international theme for this year. It actually brings to the fore the fact that all Believers are brethren, irrespective of colour, tribe, age and background. And Hijab as prescribed by Allah is for all mature female Muslims. Whether we are adorning it now or yet to adorn it, we should know that it is an injunction of the Almighty Allah and like all His injunctions (salat, zakat, fast, etc), we should abide by it,” she noted. 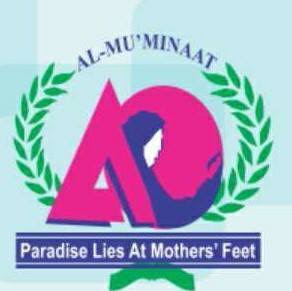 Reacting to the collaborative input of different organisations on this year edition, she observed that the synergy is pointing to the fact that Muslims are not divided on the use of Hijab being a divine commandment.

“The Constitution of The Federal Republic of Nigeria also guarantees every citizen the right to dress and appear in any form without intimidation and discrimination. We hope that with this synergy, all will be aware that Muslims are not divided on the issue of Hijab and our girl child in school will not be discriminated against,” she added.

The Muslim Students’ Society of Nigeria, Lagos State Area Unit has also reacted to the forthcoming World Hijab Day 2020, noting that that the collaboration is a victory for Islam and Muslims.

The students’ body, which is also one of the arrowheads championing the event stated that the joint effort of different Muslim organisations is sending a strong signal and red flag to those who oppress and victimise Muslim ladies for using the Hijab.

Speaking with Muslim News, the Amirah of the organisation, Hajia Bashirah Majekodunmi said the fact that the collaboration was achieved means a huge success.

According to her, “Alhamdulillah, we have this collaboration. To us, it is a huge success on its own. The reason for this collaboration is to further entrench unity of Islamic brotherhood in the society as commanded by Allah. And this move is to strengthen ourselves as Muslims for others to see the beauty of togetherness and to speak with one voice. 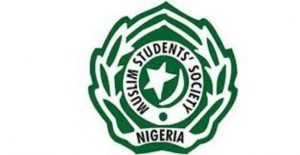 Reacting to the theme of this year’s World Hijab Day, Hajiah Majekodunmi said, “Unity in Diversity” implies that our differences in language, status, approaches to events are all less important to our faith. The fundamental unifying factor is our Islamic principles and tenets.

“No matter how people see us, we are of one Indivisible background. We are Muslims. Hence, the Hijab signifies obedience to Allah. It connotes submission and decency. The synergy of different Muslim organisations portends victory for Islam and Muslims. It’s now firmly established that whoever oppresses an hijabite is inviting the strong force of the entire Muslim Community,” she added.

Despite our differences, we are united Muslimahs – The Criterion

The Criterion, a faith-based, national, non-governmental association of Muslim Women in Business and the Professions argued that ignorance about the use of the Hijab and the status of the Muslim woman in the society informed the move for collaboration with different Muslim organisations.

Speaking with Muslim News, the Amirah Lagos district, Hajiah Dhikrat Matesun-Oshodi said people – be they Muslims and non muslims – have different perspectives to issues. That is why I so much love the theme of this year’s World Hijab Day. It says, no matter our differences in thoughts, we are united as Muslimahs because of our understanding about Hijab. We are united notwithstanding the diversity.

She said though it isn’t certain if the synergy will bring an end to the continuous assault on innocent school children because of the Hijab, it is definitely a start of a new dawn.

“It will serve as a means of deterrence to the assailants. It will also serve to inform them of the force behind those children,” she added.

The Pristine Cactus Foundation has revealed that the purpose for collaboratively staging a walk on World Hijab Day 2020 is to create awareness about the Hijab, adding that the Hijab, to all Muslims, is part of our belief prescribed by Allah.

Speaking with Muslim News, Dr Fatima Habeebu-Adeyemi of Pristine Cactus Foundation explained that despite the diverse opinions pertaining to the Hijab, all Muslims see it as a commandment from Allah.

“Unity in Diversity means though there are many groups with diverse opinions on the dressing for Hijab pertaining to the size or colour, there is clearly one thing we all unanimously uphold; Hijab is prescribed by Allah for all Muslim women,” she said

Reacting to the collaborative input of different organisations towards the initiative, Dr Fatima said: “This synergy would bring an end to the continuous Hijab assault through the creation of knowledge and raising of awareness for those who are against hijab or those who do not understand the fact that the Hijab is a fundamental rule in Islam and thus, Hijab is a fundamental right of Muslim females. 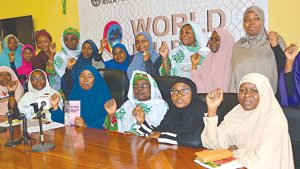 “This should help with the clarification and understanding of its importance. Therefore, everyone should embrace the peaceful use of hijab by Muslim females without condemnation, reprehension or any reproach, especially considering the innocent school children,” she said.

Muslims must synergize and speak with one voice – MPAC

The Muslim Public Affairs Centre (MPAC), Nigeria stated that Muslims must join hands together and speak with one voice on issues affecting them.

In an interview with Muslim News, the Centre’s Media and Strategic Communication Director, Ustadh Warees Solanke said collaboration is significant, adding that the identity of Muslims should not be seen as an aberration in the Nigerian cultural milieu.

According to him, “It is important that Muslims synergize and speak with one voice on all issues affecting us in the larger polity. The more we synergize, the stronger our voice.

“You cannot talk of multiculturalism without diversity. It is all about recognition, respect, representation, participation of everybody in the society. It is about tolerance, accommodation and understanding. It is about identity protection.

“When you put all these together, you find peace and love, which are the prerequisites for unity in any society or polity. That’s why the theme is significant. What we are saying is that our identity as Muslims should not be seen as an aberration in the Nigerian cultural milieu”, he added. 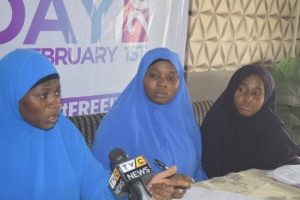 MPAC noted that the Hijab advocacy should be put across to both Muslims and non-Muslims.

“It is a process. Not just non-Muslims. Muslims also need to be enlightened and convinced about this advocacy. It’s when the larger Muslim body sees it this way that we can achieve the cultural integration, which is key to our identity,'” he noted.