Incriminating photographs showing how the Ogun State Head of Service, Mrs. Amope Ajibola Chokor is perfecting the Christianisation agenda of the Gateway state have surfaced online shortly after the Ogun State Chapter of Academic Staff Union of Secondary Schools (ASUSS) paid her a courtesy visit.

Mrs Amoke strategically placed two large banners in her office, with the caption, “Jesus Reign and Rule Here” (sic) even though the right words should have been ‘Reigns’ and ‘Rules’. 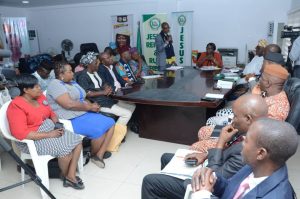 Pundits told Muslim News that the development is an indication that the Christianisation agenda of the southwest states is real and the crusaders holding strategic government positions are doing everything humanly possible, including the incessant harassment of Muslims to perfect their plans.

Albeit a lot have been said about this Ogun State Head of Service, Mrs. Ajibola Chokor who has turned the public office to the arena where she advertises Jesus, my own concern is, but quite trivial as you may like to call it.

Grammatically, the write_up in the banner is not correct. Jesus is a singular noun that requires a singular verb. Therefore, it should be written thus: JESUS REIGNS AND RULES HERE.

Until my namesake, Mrs. Ajibola can convince us that Jesus is more than one person, the writing remains a gaffe that should be thrown into compulsive grammatical waste bin. 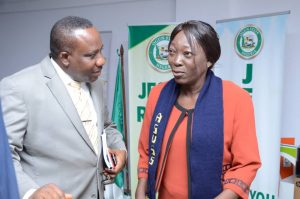 They intend to put out the Light of Allah (i.e. the religion of Islam, this Quran, and Prophet Muhammad SAW) with their mouths. But Allah will complete His Light even though the disbelievers hate (it). (English – Mohsin Khan) via iQuran

It is we that is hiding our own Islam. You can’t hear or listen to Qur’an recitation in our offices, you will be tagged. I won’t say we should emulate them, bcos our noble prophet and our Qur’an are the best to copy from. – Wahab

WHAT IS YOUR REACTION? 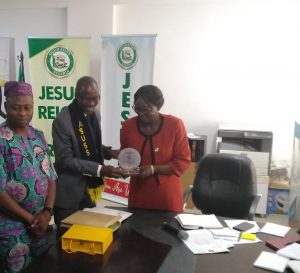 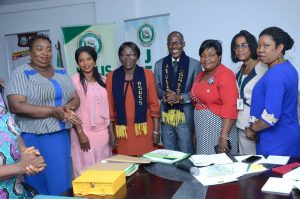 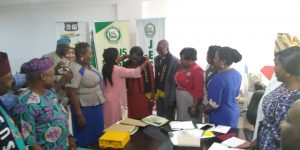