Abba Kyari, the deceased Chief of Staff to President Muhammadu Buhari, has been buried in Abuja, in accordance to Islamic rites.

On Friday, the presidency announced the death of Kyari who died as a result of complications from COVID-19.

According to the The Nigeria Centre for Disease Control (NCDC) figures released on Friday, Coronavirus death cases in Nigeria has risen to 17.

The president’s chief of staff was on self-isolation after testing positive for the disease late March.

The burial rites for the late chief of staff were conducted at Gudu cemetery in Abuja.

Garba Shehu, presidential spokesman, was among those at the funeral to pay their last respect to the deceased.

In a tweet, Bashir Ahmad, presidential aide, had said Kyari would be buried in the day according to Islamic rights.

“The remaining of Mallam Abba Kyari has arrived in Abuja where he will later today, be buried according to Islamic rites,” he said.

Pictures from his Janazah 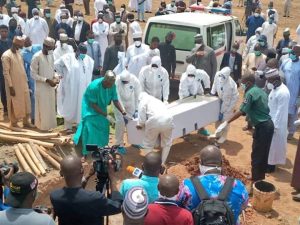 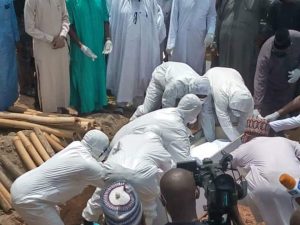 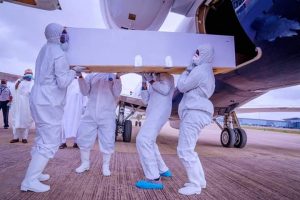 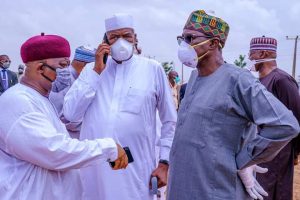 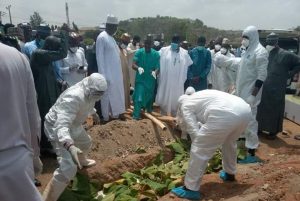