Islam is based around a lunar calendar, in which prayer times and festivals are calculated based on the position of the sun and moon. The month of Ramaḍān is one of the most important months in the Islamic calendar. It is a month Muslims observe one of the central pillars of the Islamic faith. Ramaḍān is a month of spiritual renewal. It is a month when the Qurʿan is believed to have been first revealed. Central to the commencement of Ramaḍān is the sighting of the moon.

Indeed, the impact of modern science on Islam is most conspicuous in the use of new technologies and computer databases that are now been deployed to accurately predict and calculate the sighting of the moon. Today, the majority of Muslims no longer rely on the traditional method of moon-sighting because there are now apps that can be downloaded that provide detailed discussions on the mathematics and timing of fasting, which commences and concludes according to the moon’s waxing and waning.

The prevalence of the use of modern science in the astronomical calculations of moon-sighting has not stalled the topic from generating an annual debate. On one hand, the Muslims who blend their faith with modern science (faith and science accommodationists) do not see any contradiction in the use of apps or science for moon-sighting. They accept the science-driven astronomical calculations as definitive (qatʿi) than the speculative account (zanni) of relying upon people’s account of having sighted the moon with their eyes.

On the other hand, the “faith-centric” Muslims who are often skeptical of modern science see a contradiction in the use of apps and technologies, mostly designed by non-Muslims, for determining one of the pillars of the faith. They uphold the “sighting the moon with the eye” as qatʿi and the science-driven astronomical calculations as zanni due to the possibility of error. In other words, Muslims should rely on Bedouins who are skilled at knowing the start and end of lunar months.

Those who are skeptical of the use of modern science in moon-sighting would benefit from the attached text written by the Zaria-based scholar Ibrāhīm b. Muḥammad b. Ismā`īl titled “ماء الزلال في رؤية الهلال”. 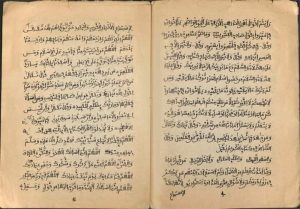 Another scholar in Hausaland that wrote on the topic of moon-sighting is Aḥmad b. `Abd al-Raḥmān b. Muḥammad al-Katāgumī. His text on moon-sighting titled “فك الشبهات والاغلال في مسئلة رؤية الهلال” appeared in his book “تنوير الزلم في مسائل احكم الصيام”. In his text “ماء الزلال في رؤية الهلال”, Mallam Ibrāhīm b. Muḥammad b. Ismā`īl explains the sharīʿa principles Muslim scholars agreed upon in the past as the method for deciding the start and end of the month of Ramaḍān: 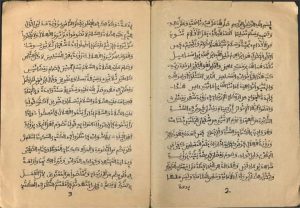 2) complete thirty days for the month of Sha’bān in the absence of the first principle.

Today, Muslims in Nigeria would be waiting to hear from the Sultan of Sokoto that the new moon has been sighted. This is one of the ceremonial functions of the Sultan. It is one of the rare periods Muslims look up to him as their religious leader. However, it is not all Muslims that consider the Sultan as a legitimate Islamic authority.

Some Muslims question his Islamic credentials on the basis that his ascension to the caliphate was ratified by secular politicians who should ideally not have any business with issues related to Islamic leadership and governance.

In 2008, Late Muhammad Yusuf publicly distanced himself from the Sultan and the Nigerian government. In his interview with the BBC, Muhammad Yusuf said “According to the principles of Islam, any leader who does not govern with the Book of Allah and the Sunna of the Prophet should not be described as an Islamic leader. On this basis, we do not view the Sultan as the leader of the Muslims; rather, we view him [merely] as the Sultan of Sokoto.”

Although Ramaḍān is a month of spiritual renewal, it is also a month that comes with debates on varied religious interpretations and traditions, superiority contests of scholars in the religious public sphere, and back-to-back rejoinders over issues of creeds, ritualistic practices, and secular politics. We might not be seeing much of that this year as a result of the COVID-19 pandemic.

Have a blessed Ramaḍān.