Delectable Nollywood Actress, Zaynab Adunni Adewale famously known as Adunni Ade has come out publicly to profess her love for Islam, the religion she was born into before her conversion into Christianity.

The multiple talented script interpreter made the disclosure on Sunday through her verified Instagram handle @iamadunniade, saying that she feels fulfilled, happier and more blessed since she returned to Islam, the religion of peace and total submission to Allah’s worship.

Adunni Ade later confirmed the viral story of her reversion to Islam in a phone conversation with Muslim News on Monday, saying that;

“It is true. I’m a Muslim. I returned to Islam in December 2016 and since then, I have been devoted to the worship of Allah even though I don’t like talking about religion on social media because of its sensitivity.”

Adunni Ade, who began her career in 2006 as a Model said, though she is a very private person. She would like to share her reversion story to enlighten people about her personal life. 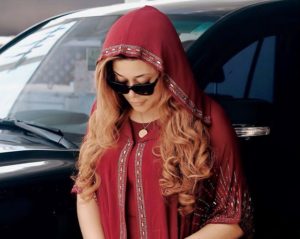 “I also wanted people to know the true essence of Religion. It should be intimate with our Creator,” she added.

According to her, “Like I posted on my IG handle on Sunday, Yes, I am a Muslim. I was born into a Muslim home and was raised as one. I have a loving Muslim father who has given his children the free will to choose any religion they like, be it Christianity or Islam. My Mom is a Christian, though not a practicing one. My stepmother too is a Christian, My stepsisters are Christians, my stepbrothers are Muslims.”

The graduate of Accounting at the University of Kentucky, United States of America spoke further that after leaving Islam for Christianity some years ago, she had craved to return back to her previous religion but the fear of what people would say delayed such move. 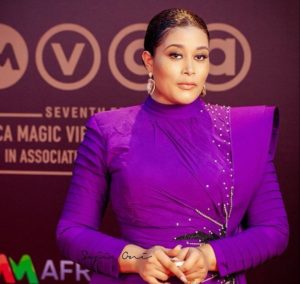 “Have I been to a church before? Plenty of them. I once converted. Name the church, Mountain of Fire and Miracles Ministries (MFM), the Redeemed Christian Church of God (RCCG), Christ Living Spring Apostolic Ministry (CLAM), Christ Apostolic Church (CAC), sure been there but one thing was certain, Islam never left me.”

“My ways of dealing, my upbringing, all I learnt was from a Muslim and was what I truly knew. I was scared what folks would think about me if I went back to Islam and this went on for years,” she added.

Also known for her hilarious comedy skits back in 2011, including ‘Date gone bad’, which registered her name in the minds of many, Adunni Ade said she decided to defy people’s perception about her in December 2016 and returned to Islam, the religion she declared has given her tranquility. 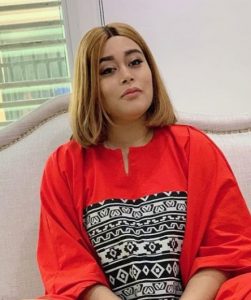 The actress who appeared for the first time in a Yoruba flick, titled, “You or I” produced by Saheed Balogun, added that the resolution has brought her untold happiness since then, irrespective of what people may say.

“Since my reversion four years ago, I have been praying alone at home which is allowed and better for Muslim women. I felt more connected when I speak to Him alone. That’s why I said my connection with Islam is deeper. Alhamdulillah, my oldest son practices Islam, prays and fasts as well,” she added.

Speaking on fans’ mixed reactions on social media to her reversion story, Adunni Ade said she has some dedicated followers who would respect her views irrespective of their religion and still show endless love for her craft.

“Some followers have expressed their displeasure privately through DM and publicly under the comment sections, saying really condescending things because of my revelation. Some have called me names and abused my relationship status all because of Religion. These folks are the non-Muslims.

“These are the kind of people that will never see good in anything you do. Every single thing we do, to them, is show-off. In fact, people are really getting out of hands in their ways of using social media. They’re too quick to criticise us because we are celebrities, forgetting that we are all human beings first and judgement is only from God.

According to her, “Just last week, I had a COVID-19 Food Intervention Programme where I distributed food items to some communities in Lagos courtesy of DPKAY Homes and Property Limited. It is on a post on my Instagram. So many people were abusive; they were saying must she take pictures for giving, must she post it?

“These same people would later come to say, please do giveaway, share money. Wouldn’t that be me showing off? Sadly, if you are doing it privately or secretly, these same people would say we are not doing enough. Therefore, our Prophet (SAW) said every action shall be judged based on intention.”

Adunni, who has featured in several English and Yoruba movies, said many of her colleagues who came from very deep religious background hide their Islamic identities for the fear of being prejudiced or discriminated against. 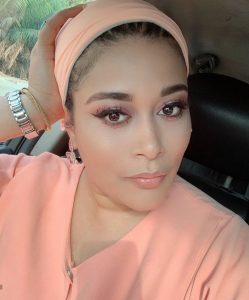 “And I do not know if it is just myself, but it is something I have noticed, correct me if I am wrong. There are a lot of Muslim entertainers who come from deep Islamic background, but do not make it known to the public because they do not want to be pre-judged. This is one of the reasons I kept my Islam to myself since 2016.

According to her, “Most successful Muslims that we know are politicians or among the Fuji artistes. How many Muslim brothers/sisters do you know in the entertainment industry that have publicly made it known? It is not really about religion, but I just feel like a lot of us in the entertainment industry for whatever reason, I might be wrong, hide our true identities as Muslims. I feel like we are being discriminated against and sidelined. Some people would rather keep quiet, this is why many think they are Christians.

While speaking on her dressing, “I get people saying that they didn’t know I am a Muslim because I don’t look like a Muslim. Then, I ask, what does a Muslim look like? Because I do not wear the Hijab? I wear what I like, be it modest or not. Who are you to decide my inner intentions?

“I know it is in the Qu’ran that women should dress modestly, cover their heads, your hand, your leg and what else. But does that define a Muslim? At least some people use the veil, but it is by choice. It is not a must. So, are you telling me that because my head is not covered or that my gown is not dripping on the floor that makes me a non-Muslim or a terrible Muslim? Or because the black mark is not on my forehead?”

The gifted prima donna urged all her Muslim fans to spend their time during Ramadan wisely, saying it is a period when the heavens are open to accept all supplications as hell is closed and shaytan is caged.

“Let’s use this time wisely! I experienced Allah’s Greatness this time last year. I am looking forward to receiving my Blessings this year and every other day afterwards. I hope I’ve been able to clarify a few things…. y’all have a lovely night rest.”

Adunni Ade has featured in several English and Yoruba movies, among which include Adaba, The Vendor, Ratnik; a sci-fi adventure feature film. She has also produced and appeared in 3 movies namely; Emi Mi, Ewa and a blockbuster, Osanle, which is yet to be released.