A total number of 1,240 fasting Muslims were fed in Lagos state a couple of days ago. This gesture was championed by Mosquepay, a crowd funding platform whose office is situated at Ogba in Ikeja, Lagos.

Speaking with Muslim News, Mr Abdur Rafiu Balogun, the Chief Operating Officer, Mosquepay Limited, said that it was an annual initiative in form of Corporate Social Responsibility (CSR), organised during the holy month of Ramadan.

He added that indigent fasting Muslims are the target beneficiaries, saying that it was their own little way of putting smile on their faces. 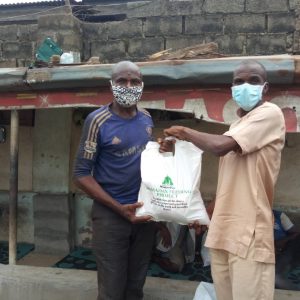 “The gesture is very essential given the rare period we find ourselves where most individuals have been affected by the lockdown order and thus are in dire need. Most people found it difficult to feed themselves. So, we decided to assist them.

“We launched a ‘Feed a Fasting Muslim’ campaign online, where we sought the assistance of well-to-do Muslims. We thank Allah that in the end, we were able to provide 1,240 meals for Muslims around Ifako-Ijaiye local government, Akoka as well as Ikeja local government. 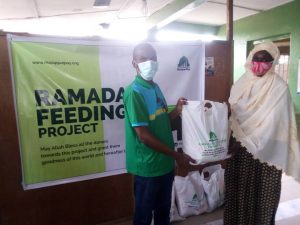 Muslim News obtained that about 740 fasting Muslims benefitted from the free meal in Ifako-Ijaiye; 250 in Akoka; and 250 in Ikeja.

Mr Balogun also thanked public spirited individuals who contributed to the success of the project by donating funds to Mosquepay, encouraging them to do more to support the organization. He added that the initiative would continue by next Ramadan since it’s an annual one.

He encouraged Muslims who have genuine projects to execute to reach out to Mosquepay to raise funds, saying that they would not regret it. 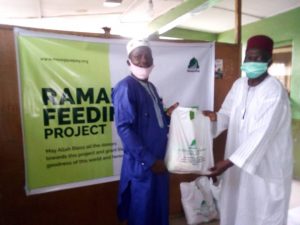 “Mosquepay is actually a crowd funding platform meant to assist Muslims in raising funds to execute important projects such as building of mosques, mosque renovation, settling of medical bills and lots more.

“If a Muslim community or individuals have genuine projects to execute, they can reach out to us. We will confirm the veracity of such projects, and assist in sourcing for funds to actualize it,” he said. 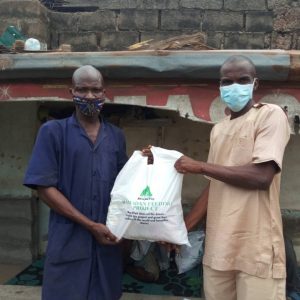