The remains of Waheed Bakare, who returned to Allah on Sunday, was buried today at his Ota home in Ogun State in accordance with Islamic rites, and amid tributes from eminent Nigerians, including President Muhammadu Buhari and Osun State Governor, Alhaji Isiaka Gboyega Oyetola.

The Janazah (funeral prayers) was attended by the deceased’s family, friends and associates including Mr. Ayo Aminu, the MD of New Telegraph, the news medium Mr Bakare worked for as the Saturday Editor before his death. 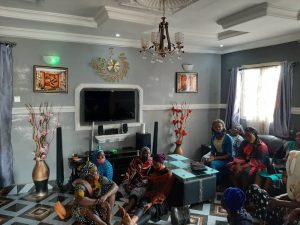 Also present were the leaders of the Lagos chapter of MMPN including Alhaji Garba Kabir (Chairman), Hajia Sekinah Lawal, Mr Abdul Wasiu Adeyemi, Alhaji Tajudeen Adebanjo, among others, who all observed social distancing and took all COVID-19 precautions throughout the burial.

In his condolence message, President Muhammadu Buhari commiserated with the media industry, particularly the Nigeria Union of Journalists and Nigeria Guild of Editors, over the passing of Mr Bakare. 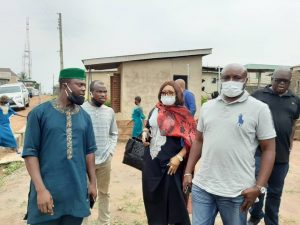 Buhari, through his Special Adviser on Media & Publicity, Mr Femi Adesina sent condolences to the family of the deceased, and management of New Telegraph Newspapers, describing the editor’s death as a collective loss to the media and the nation that he served passionately with his talent.

The Osun State Governor, Alhaji Isiaka Gboyega Oyetola, also, described the passing on of Bakare, as devastating and a great loss not only to his immediate family but also to the journalism profession in Nigeria. 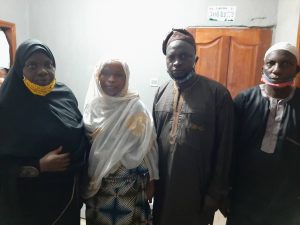 Oyetola, in a statement signed by his Chief Press Secretary, Ismail Omipidan, commiserated with Bakare’s family, friends, colleagues, the Journalists’ Hangout family and the management of The New Telegraph Newspapers over the demise of the late Bakare.

Dr Saheed Oke, who spoke with Muslim News, described his brother-in-law as a dedicated Muslim, devoted member of Markaz, in Agege and member of NSCIA media committee. 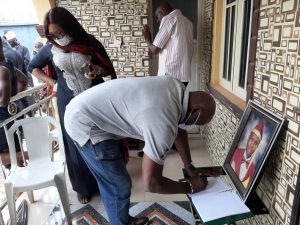 He said, “It’s with great displeasure I heard of the passing of Bro Waheed. I am yet to come to terms with this reality. Brother Waheed, I called Baba Abdulsalaam was my in-law. He got married to my sister and Allah blessed their union with male and female offsprings.

“I grew up knowing him and he had been a pillar of support in my career. We discussed all manners of issues and you can see that he was intellectually sound with a heart seeking goodness to all who came across him. He is loved by all across religion, tribal and educational strata. 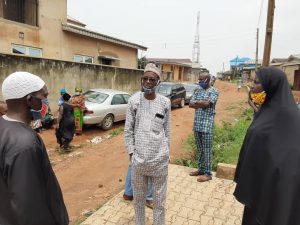 “He strove for the best. A loving husband, a good father, and committed professional journalist. We shall carry on where you left off with Allah’s permission. May Allah grant you Aljanah Firdaus,” he added.

Hajia Sakinah Lawal, former Lagos NAWOJ chairperson said the demise of Waheed Bakare was really sad indeed. According to her, “So sad indeed. Really sad that such a gentle and humble brother is no more. We spoke three days ago not knowing that will be the last, feeling so sad wallahi. 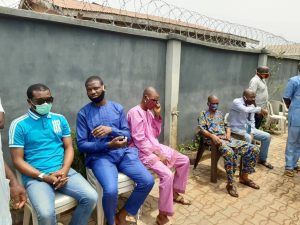 “As usual, the children and wife will feel his absence most. Just imagining how they would have felt since yesterday evening. If I can be crying like a baby, what about the children and wife who always look forward to daddy bringing MegaChicken’s bread and other goodies home …ensuring that they lacked nothing including the best of education and now this. May Allah forgive him and grant him Aljanah Firdaus.”

His colleague, Taiwo Hassan, wrote, “Ina lillahi wa inna ilaehi rajiun. Mr Waheed Bakare’s death was a blow to us all at New Telegraph because we had never envisaged we won’t reunite with our Saturday Editor again. Allah SWT knows best as we are humans and cannot question His authority. The Eid Mubarak started well at the beginning but was marred this evening/night (Sunday) at hearing the passing away of Mr. Waheed Bakare. Rest in Peace brother.
May the Creator grant him aljanaah firdaus”. 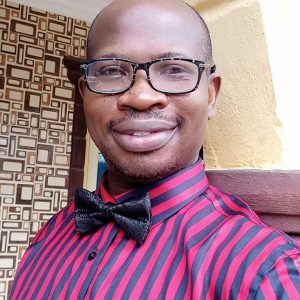 Kamal Tayo Oropo of The News Agency of Nigeria (NAN) also wrote, “Ina lillahi wa inna ilaehi rajiun. This is sad. We cannot question the will of Allah. May the Creator grant him aljanaah firdaus. May He protect and prosper all loved ones he left behind to mourn his passing.”