The suspension came after Zulum’s unscheduled visit on Monday at 11am proved that the entire staff, had despite receiving government salaries, abandoned the hospital to an International non-governmental Organisation, fhi360, which was managing hundreds of patients, majority of them, IDPs and residents.

Ngala town is the headquarter of Ngala local government area in central part of Borno state. The border town is within an international land route into Cameroon, Chad, Sudan and Central Africa.

Liberated from Boko Haram’s control in 2015, Ngala is currently populated by thousands of returnees, many of whom are internally displaced persons (IDPs), forced to flee their villages and farmlands in the wake of attacks by boko haram. A good number of other residents are indigenes of the town.

Governor Zulum had in his usual style of paying surprise midnight and daytime visits to schools and hospitals, showed up at the General Hospital in Ngala, in order to find out the realities of healthcare delivery to citizens.

The Governor was disappointed to find out that despite high turn out of patients, not one of the many government paid staff, from doctors down to clerical staff, was at the hospital at 11am.

Zulum was in fact received on arrival, by a field coordinator of fhi360, the iNGO left in control of the hospital.

Saddened by what he found on ground, he ordered the suspension of all staff on the payroll of Borno Government.

READ ALSO...  Taliban historic deal reignites debate over whether the US is negotiating with 'terrorists'

“This is a General Hospital belonging to Borno State Government, unfortunately there is no single state Government staff here to attend to all these patients, and we promptly pay all of them salaries.

“These humanitarian workers from the iNGO (fhi360) are supposed to complement the state Government staff but not to completely take over the Hospital. I am directing the Borno State Hospitals Management Board, if there is any staff on the payroll of this Hospital, to immediately suspend all the workers on government payroll. I will be back to this hospital, hoping to see the opposite of what I saw today,” Zulum said.

In another development, Governor Zulum inspected three schools in Ngala in preparation for the resumption of academic activities.

After the assessment, Zulum ordered the rehabilitation of classes destroyed by insurgents in all the three schools.

“These schools are not habitable. I will direct the ministry of education to put all measures in place for rehabilitation of the schools so students can resume classes” Zulum said.

The Governor directed that local producers and dealers of building materials should be patronized.

“I learnt we have block sellers in this town. Let’s patronize them to encourage local content, but I warn that quality of work must never be compromised local content” Zulum directed.

Zulum made this known while addressing a cross section of elders from the two communities when he hosted them at the premises of the Local Government Secretariat in Ngala town. 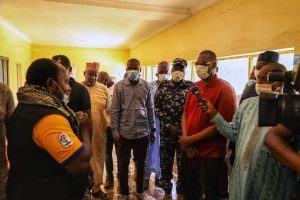 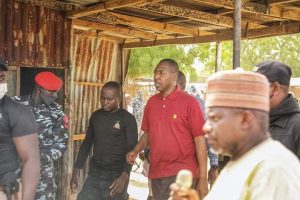 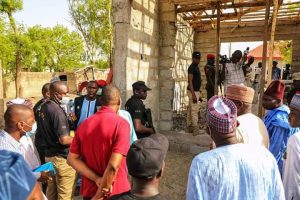 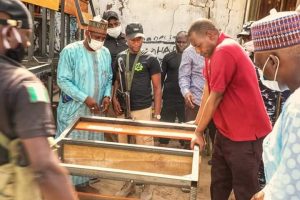 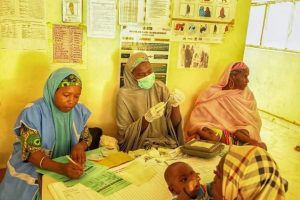