Chief Imam of Lekki Special: Highlights the qualities of a just leader

▪︎Says being in politics isn't bad for Muslims if.... ▪︎Urges Muslim News Nigeria to promote the right ideology

The Chief Imam of Lekki Central Mosque, Sheikh Ridwan Jamiu has said, for a leader to be just, he must be fair, responsible and exemplary to all his subjects irrespective of their tribe, colour, religion and status in the society.

Sheikh Jamiu made the disclosure while speaking with Muslim News on Friday, shortly after his emotion-laden and soul-lifting sermon which centred on the hadith of the seven categories of people that will be under the shade of Allah on the Day of Judgement.

Buttressing on being ‘a just leader’ – the first of the seven categories of people highlighted in the authentic narration reported by Abu Hurayrah, the respected  Islamic scholar said he must be blessed by Allah with three qualities.

Qualities of a just leader:

He said, for a leader to be just according to the Hadith where the Prophet (peace be upon him) mentioned seven categories of people who will be under the shade of Allah (SWT) on the day when there will be no shade except the one provided by Allah (SWT), it requires three qualities.

“The first quality is being responsible. That is, knowing your responsibilities as a leader and discharging them, and not to amass wealth or personal aggrandizement.

“The second one is to be fair to all. As a leader, whenever equality is required to demonstrate justice, you should should enforce equality and whenever equity is also required, so as to show justice then you do the same.”

The third thing that makes a leader just, according to the respected Islamic scholar, is that he must be a role model with excellent and exemplary character.

“Someone whose successors will always look up to as an example that can be emulated in discharging their responsibilities to the people they are meant to serve. That is what makes a just leader,” he added.

Sheikh Jamiu, a lawyer by profession said, Prophet Muhammad (SAW) mentioned ‘the just leader’ first in the hadith “because the positive impact of a just leader goes round everybody. It is not like something intransitive, such as your Ibadah, especially ‘Tahajud’, which is between you and Allah. But as a leader when you are just, everybody enjoys the leadership. The welfare is for everyone and the peace of the society will be for all. 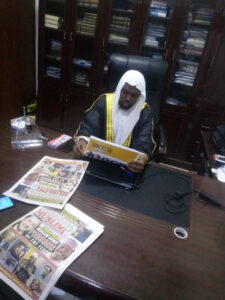 The cerebral Chief Imam, who is also an Hafidh (memorizer of the Noble Qur’an) said, if a leader is just, a lot of people will benefit from his righteousness and positive style of leadership.

“That is why the Prophet (SAW) placed him first and foremost before every other person and that shows that being in politics is not something bad if Muslims in politics can promote righteousness and the welfare of the society,” he noted.

Leadership position, according to Sheikh Jamiu, is one of the ways through which men in politics can worship Allah, adding that, “It is an act of worship if you do the right thing and also it could be a means to hellfire if one does not discharge the duties as expected.

“That is why the prophet (SAW) said people need those who will represent them in leadership but most of these people who represent others will go to hellfire because when they get there, they forget the poor masses who voted for them and pay attention to their selfish interests. May Allah be with us,” he noted.

Speaking on Nigerian politics, the Lekki Central Mosque Imam said many Nigerian politicians do not fear Allah, adding that, “most of them, including the Muslims, do not have the support base of Muslims who are righteous and knowledgeable. They venture into politics for worldly and not spiritual gains.”

He called on Nigerian politicians, especially the Muslims seeking political offices to fear Allah, adopt Tawheed (monotheism) and embrace Sunnah (Prophet Muhammad (SAW)’s way of life), noting that, anyone with moral and spiritual basis will be a better leader if they find themselves in any position.

“As Muslims, we should not fold our arms and expect others to rule us while saying politics is dirty. When everyone says it is dirty, what will those who are in politics do? Dirty policies, dirty leadership, everything becomes dirty to the extent of dirtying us as well.

“The only thing is, we should try to educate ourselves properly to understand the fundamentals of Islam like Sunnah, Tawheed, Adab (Islamic manner), Siyaasa (Islamic politics). We can seek and try to be in those positions but we must have a support base from community of Muslims who are righteous, knowledgeable, who can always be guiding us and can serve as checks for whatever we need to do,” he added.

The Lekki Imam extolled the Muslim News Team led by its publisher, Rasheed Abubakar for celebrating its 2nd anniversary at the Lekki Central Mosque with special coverage of the Khutbah (sermon).

He urged the management of the newspaper to use what he described as a wonderful and lovely platform to promote the right ideology of Islam and shun extremism in reporting.

He said, “There is a difference between Islam as it ought to be and Islam as it is practiced by many today. Some people won’t care about what they will publish, what they are after is just to be accepted by everybody and to make money from it while some people don’t know what Islam ought to be.

“This pursuance should be your agenda not just celebrating all sorts of Muslims. You must use this avenue to promote the right ideology; the ideology of Ahlu sunnah wal jama’, not extremism.” 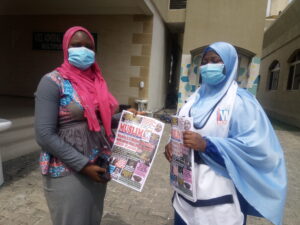 Sheikh Jamiu took his time to go through the contents of the 12-page print version of the newspaper, thereafter suggested the introduction of a section that will educate its esteemed readers about Islamic beliefs and manners.

According to him, “I went through the newspaper, I couldn’t see anything on Islamic manners apart from the news. There should be a section on discussion about Islamic beliefs, manners and aqeedah (creed) or some aspects of the Deen that unites everybody, with references from the Noble Qur’an and Sunnah of Prophet Muhammad (SAW).

“No matter how brief it might be, there should be a section on that. People should not just read news. Use the platform to promote Islamic beliefs. That is why Allah (SWT) says;

“Wabtaghi fee maa ataakaLlahu daaral akhirah wa la tansa naseebaka mina duniyah meaning, But seek, through that which Allah has given you, the home of the Hereafter; and [yet], do not forget your share of the world…Qur’an 22

“Da’wah (calling to the path of Allah) is very important,” he concluded. 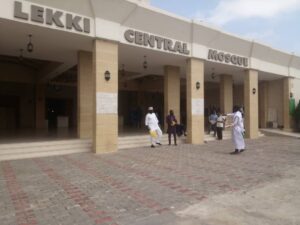 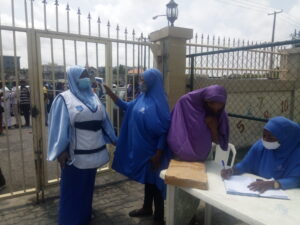 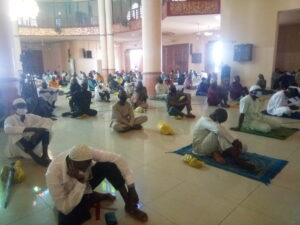 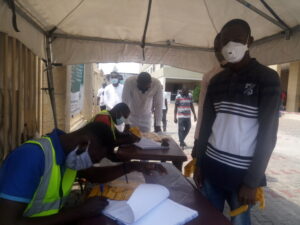 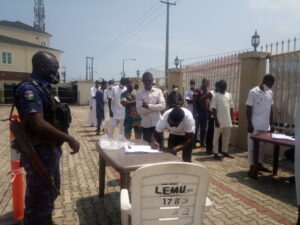 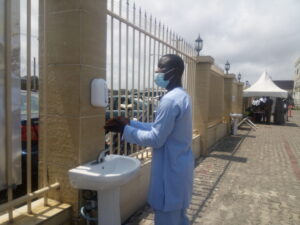 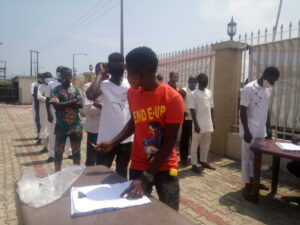 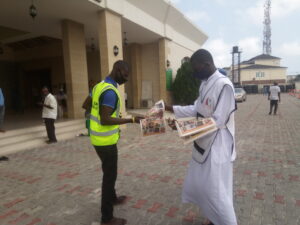