Some of the victims receiving treatments

Popular Igbo muslimah, Aisha Obi has expressed her disappointment over the Wednesday, October 21, attack on the famous Orlu mosque in Imo by hoodlums said to be members of outlawed Indigenous People of Biafra, IPOB.

Muslim News gathered that the outlawed terrorist group allegedly hid under the guise of #EndSARS protests to set the Central Mosque ablaze.

One person died while others including the deputy Chief Imam sustained injuries from gunshot. 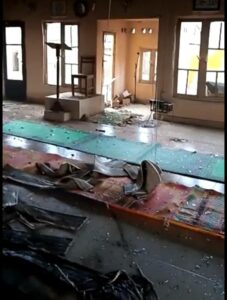 Aisha Obi, who has been very vocal about the maltreatment of Igbo Muslims by their kinsmen since she became a Muslim in 2017, confirmed the attacks.

While explaining what happened in a 6-minute video, Aisha Obi warned against reprisal attacks from Muslim faithful especially those in the northern part of the country who have been victims of IPOB brutality in the South-South and South-East geopolitical zones.

She said, “The people that did this aren’t true Christians. They aren’t even real Igbos. They are devils. So, I am begging all the Muslims in the East, Southwest, most especially in the North, let’s be calm. We don’t want reprisal attacks. What happened here is not the ideology of real Igbos. Let’s not take the law into our hands. Allow govt to do their job.” 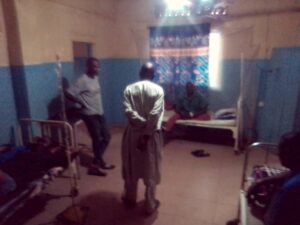 While reacting to the deadly incident, Chairman Muslim Council of Imo State, Prince Basheer Uwakwe also said, “We have just been informed that our Mosque in Orlu has been tampered and burnt down. 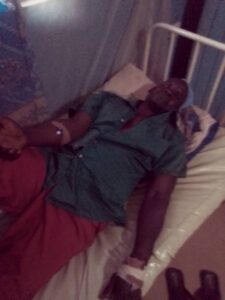 “As your Chairman, my position is to ask you to be patient and positive. We have been provoked before and now in the same Mosque in Orlu, but we must remain calm and look up to Allah who is in control of our affairs.

“Please be calm, we will take the matter to the appropriate authority which is the Government. I have the believe that His Excellency, the Governor, Mr Hope Uzodinma will surely do something about this ugly development. Please, for Allah’s sake be patient and let us wait for an answer from the authority. Thanks and Wassalam.” 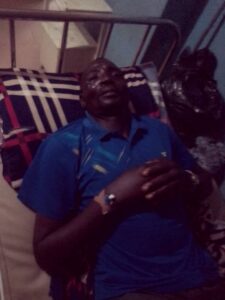