A Port Harcourt based Islamic group, Al-Usrah Incorporated has advised the Federal Government to improve on its communication and engagement strategy.

Imam of the group, Prof. AbdurRazaq Kilani, in a statement made available to Muslim News on Monday said failure of the President Muhammadu Buhari-led administration to connect with the people on issues of governance is not good enough for the country.

The varsity Don observed that silence on the part of the federal government when speaking up matters most may be interpreted as contempt and incompetence. 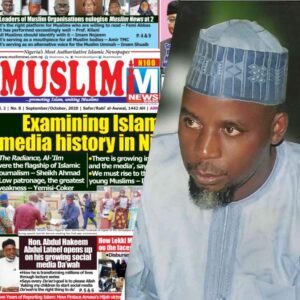 The faith-based organisation also advised youths to always conduct themselves in an orderly manner while exploring options of dialogue.

THE ENDSARS PROTESTS AND REALITIES OF OUR COUNTRY

The last three weeks have been very challenging to everyone, both the leaders and the led. Governance is a contract between the citizens and the elected leaders. The poor conditions of service of all public officers including the police with a Constable earning paltry sum monthly while some politicians go home monthly with about N13 Million explains the injustice of our land. However, in Islam to prevent harm, disorderliness or civil strife takes priority over attaining benefit over an issue. The legal ruling of no demonstration is unacceptable to the ordinary Muslims who do not understand and refuse to ask questions. Ask the people of knowledge if you don’t know (Q 21:7)

We observe as follows;
💎 Rights of dissent and protest are inalienable rights guaranteed in every democracy. Nigeria is a democracy

💎 Rate of youth unemployment is alarming

💎 Outcome of 2015 and 2019 general elections is partly responsible for the tension in the country.

💎 No one is safe is a class struggle. Vandalism and looting of properties are results of class war

We propose the following as solutions to the above observations

📌 The National Assembly is advised to amend 1999 Constitution as amended so as to review the Exclusive List. States should be given more responsibilities. These responsibilities will create more opportunities for Nigerians.

📌 Nigerian youths are advised to realize that protests can only be organized in a society that is orderly.

In conclusion, the federal government is advised to improve on its communication and engagement strategy. Failure to connect with the people on issues of governance is not good enough. Silence can be taken as contempt and incompetence. Youths must conduct themselves in an orderly manner and explore options of dialogue. Federal Government should seize this opportunity to undertake holistic reform of the Police.