MUSLIM leaders in Lagos state on Thursday organised a special prayer for a peaceful and prosperous nation.

The prayer, used to mark the annual Mawlid Nabbiy, was held at the Lagos Central Mosque, Idumota.

Speaking with reporters, the Chief Imam of Lagos, Sheikh Sulaimon Oluwatoyin Abou-Nolla, urged Nigerian leaders to listen to the youth.
He urged them to discharge their responsibilities with the fear of Allah.

According to him, the year has been a challenging one for Nigerians after battling with the COVID-19 pandemic and now, the #EndSARS protest.

He enjoined them to emulate Prophet Muhammad, who was raised to be a model for the mankind.

“Our leaders should toe the line of Prophet Muhammad’s exemplary lifestyle in dealing with difficult situations. He has been sent as a model to the world,” he said.

The Chief Imam of Lagos urged Nigerian leaders to rule with the fear of Allah and fulfil their obligations to the citizens.

He said: “What we witnessed during the protest was a sign that things can no longer go on as usual. We will be held accountable for whatever decision we made. In whatever we do, Allah’s piety must come first. I urge our leaders to fulfil their promises to the citizens because Nigerians want feedback in terms of good governance, infrastructure, and security among others.”

Bashorun of Lagos, Alhaji Sikiru Alabi-Macfoy, said the event was to pray for the country in the face of current happenings.

He prayed to Allah to guide Nigerian leaders to formulate and implement policies that we benefit the masses.

He urged them to emulate Prophet Muhammad (SAW) exemplary character in dealing with followers.

He applauded the goals of the #EndSARS movement, saying that their blueprints were laudable and achievable.

Alhaji Alabi-Macfoy, however, expressed dissatisfaction over their inability to manage early success recorded.

This, he said, was due to lack of good leadership.
“The protest was hijacked by hoodlums and they set everywhere on fire. it was a bitter lesson for the conveners of the #EndSARS movement after their brilliant display,” he said.

The Bashorun of Lagos condemned the attack and looting of government and private properties.

According to him, those who invaded the palace of Oba of Lagos, Rilwan Akiolu were not Lagosians.

He said no right-thinking Lagosians would think of desecrating the traditional institution.

“As Muslims, we must be perseverance and peaceful. Today is a special day in Islamic world and that is why leaders of Lagos state came together to pray for the nation”.

PICTURES FROM THE CEREMONY 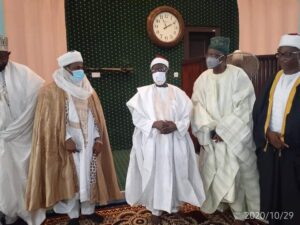 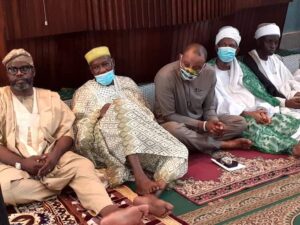 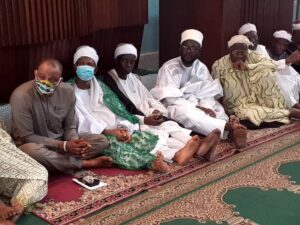 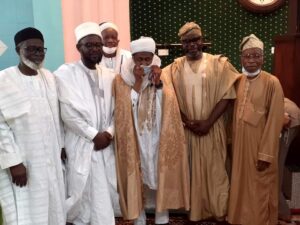 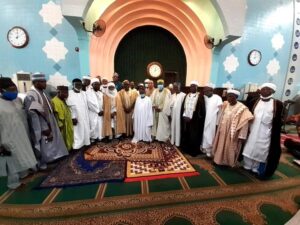 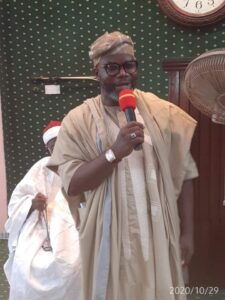 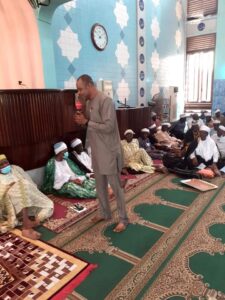 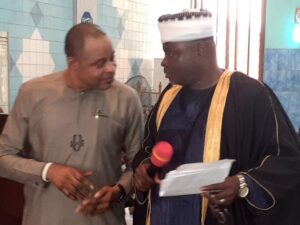 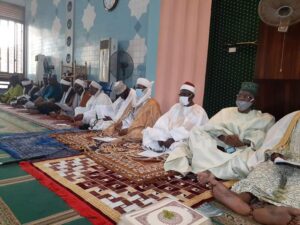 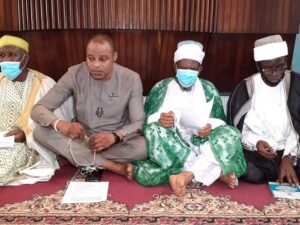