Barely two weeks after the burning down of the Orlu Central mosque in Imo state, two Muslim worship centres have been destroyed at Nsukka, in Enugu, South Eastern part of Nigeria.

But, unlike the Orlu mosque arson which was allegedly perpetrated by members of the outlawed group, IPOB, the Muslim community said the latest attacks were masterminded by irate transporters.

The incident happened on Saturday.

The two affected mosques are: Edem Road Central Mosque and Barracks Junction Mosque, both at Nsukka.

Muslim News investigations revealed that, while the Edem Road Central Mosque was burnt down, the Barracks Junction Mosque was demolished by the angry hoodlums, some of whom are members of Tricycle Operators Association, otherwise known as Keke Riders, in Nsukka.

Confirming the incident, Barrister Fauziyat Ida Idoko of Jaiz Foundation, said the destruction of the two mosques was as a result of a disagreement that ensued between a tricyclist (Keke rider) and his passenger who happened to be a Hausa Muslim lady.

Barrister Idoko wrote, “I was informed that what caused the violence was that a Hausa lady boarded a tricycle (keke) and the driver charged her 250 naira but she insisted she had only 150 naira and then she entered the Keke.

“On arrival at her destination (Barracks junction, Nsukka), She gave the rider 150 naira but he insisted that the fare was 250 naira. When she refused to pay the complete fare, the Keke rider seized her bag and in the process, one of her brothers came out to rescue her. The altercation between her brother and the rider suddenly turned to a fight and the rider was allegedly injured.”

Barrister Idoko, who is an indigene of Enugu, said the driver was reportedly rushed to the hospital, adding that, “The people escalated the news that the keke driver had died. But, news reaching us is that he is recuperating at Bishop Shanahan hospital, Nsukka.

“However, hoodlums took advantage of the scenario and started attacking the Muslims around the town. They went to the mosque at old Barracks junction and destroyed it and then went to the Central Mosque Edem road, Nsukka and set it ablaze.”

The learned Muslimah also noted that the number of casualties could not be ascertained as at the time she pushed out the report, adding however that most Muslims have scampered for safety in nearby towns.

“We cannot ascertain the number of casualties right now but most of the Muslims have fled from their houses and sought refuge in various places within the town. Right now, some Muslims are in my house because of fear of being attacked in their own houses.

Also speaking with Muslim News, Alhaji Sani Mohammed Ugwuanyi, who is the Amir of the Muslim Community in Nsukka, Enugu north senatorial district which the current state Governor hails from, condemned the attacks on their mosques.

Corroborating what Bar. Idoko had earlier said, Alhaji Ugwuanyi said, “The keke man (tricycle rider) and the Muslim lady (passenger) had an altercation over the transport fare. The amount was not even up to N300. When the argument was becoming heated, her brother interfered.

“When the brother (who is an Hausa man) came, the disagreement led to a shouting match and then a fight occurred. The keke rider was said to have sustained an injury on his head during the fisticuff and his keke was turned on its side.

“It was from there that a group of transporters and hoodlums ganged up and threatened to wipe out the Hausas within the Nsukka community.

“So, they first went to the two mosques which were a stone’s throw from where the incident occurred, to wreak havoc and wanton destruction. They set the Central Mosque ablaze and demolished the other mosque,” the Amir explained.

When asked if security agencies have been alerted about the arson, he responded in the affirmative, adding that the military men sent down to arrest the situation were chased away and nearly got their Hilux van burnt, too.

Alhaji Ugwuanyi, who is also a Muslim of Igbo descent, called on the Inspector General of Police to protect their lives and properties, saying that the Muslims are law-abiding citizens and would not like what happened to their members in Port Harcourt to befall them.

Muslim News’ effort to speak with the Chairman or the Representatives of the Nsukka branch of the Tricycle Operators’ Association  proved abortive as at the time of filing this report on Sunday, November 1, 2020 at exactly 11: 45am (Nigerian time). 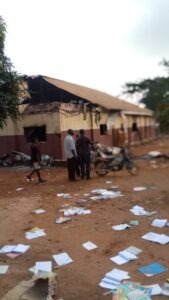 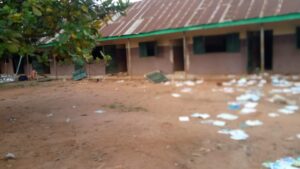 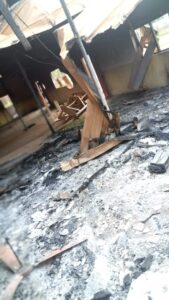 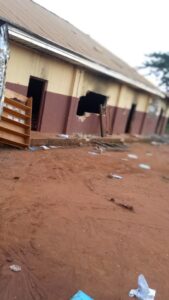 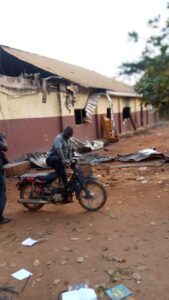 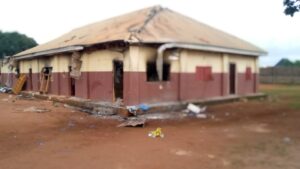 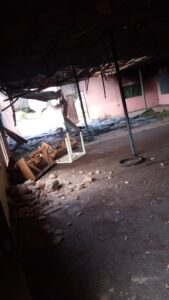 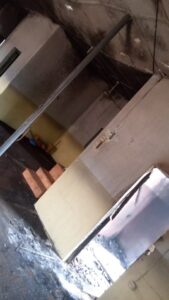