Muslim-American Congresswomen Ilhan Omar and Rashida Tlaib have won re-election to the US House of Representatives, with both lawmakers projected to secure an overwhelming majority of the votes in their respective districts in Minnesota and Michigan.

After being elected as the first Muslim women to Congress in 2018, both lawmakers comfortably fended off primary challenges in August to secure a second term for their Democratic seats. 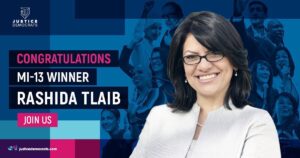 Omar and Tlaib have faced incessant attacks from President Donald Trump as well as criticism from officials in their own party over their outspoken stances against the Israeli government’s treatment of Palestinians.

Still, their comfortable re-election demonstrates their appeal to their constituents. In 2018, Omar and Tlaib won their primaries in a large pool of primary candidates. This year, they replicated that success when going against a sole challenger.