▪︎'The more united we are, the stronger we become' -- Sheikh Thirmidhi

One of Nigeria’s most respected Muslim scholars, Sheikh Muhammad Jamiu Thirmidhi, has said that the continuous agitations for Biafra, Oodua and Arewa Republics will destroy the foundation of love and unity of Nigeria if the Federal Government fails to address the separationists’ demands.

Sheikh Thirmidhi made the disclosure at a special prayer for Nigeria organised by the Igando-Ikotun, Lagos branch of The Muslim Congress (TMC).

The Muslim scholars and members of the Society spent hours chanting supplications and reciting verses from the Noble Qur’an, while  seeking the favours and blessings of Allah on the country at Ikotun Central Mosque, last weekend.

The Waakil (Local Government Coordinator) of the Society, Mal. AbdulGaniy Shittu, while welcoming the guests including the spiritual father of the occasion, Chief Imam of Ikotun Central Mosque, Alhaji M’arufdeen Balogun, said the programme was organised to call the attention of the people to the challenges bedevilling Nigeria, with the intent of proffering solutions.

Sheikh Thirmidhi, who spoke on the theme; “Social Justice: A panacea for Nation’s lasting peace (Islamic Recommendations)”, asserted that; “The more united we are, the stronger we become.”

The Lagos-based Islamic preacher rejected the separatist idea pushed by some persons in the East, North and West, saying practical restructuring is what people should rather call for at this critical time.

“The world powers want to sell their own ammunition, hence, they will make sure that they harness the opportunity to create more rift and plant seeds of discord. This should be avoided at all cost because the population of Nigeria makes it almost impossible for us to be refugees in another country. There is no country in West Africa that can accommodate us. Therefore, we must learn conflict management.

Speaking further, Sheikh Thirmidhi said there is a need for Nigerians, irrespective of their tribe and geographical location to love themselves, saying that, “They need to also understand each other’s local languages.” 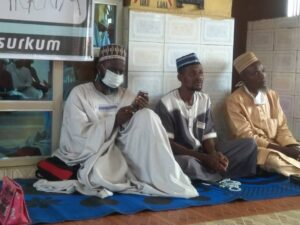 He said, “Another problem we’re having is the problem of Language. As we all know, Nigeria is multilingual and we have over 250 languages. If Nigeria wants to solve the problem of disunity, we need to understand ourselves better especially the languages we speak.”

“At least if they can understand and are able to communicate with the basics of each language then our challenge of being multilingual will be solved to a reasonable extent,” he added.

Sheikh Thirmidhi called on the federal government to initiate progressive educational policies, while also tasking it on even distribution of national wealth. 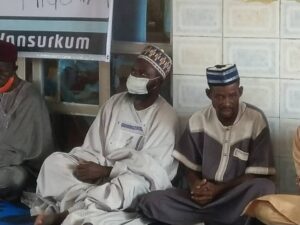 “They should start from the academic curriculum and make new and progressive educational policies. Then, talking about social justice, the federal government should ensure even distribution of Nigeria’s wealth and the recipient in each state which happens to be the governor, should ensure that it gets to the grassroots and it is used for what it is meant for. If we can get trustworthy leaders in every level of government, then, the problem will be solved.

“Nigerian youths need perfect and all round education. All forms of education that bring about disunity should be disapproved. If everyone is thinking, talking and working towards unity then we can achieve it. I also believe that falsehood cannot continue to prevail. Unity is what Nigeria needs and that is what we should call for.” 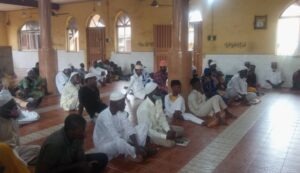 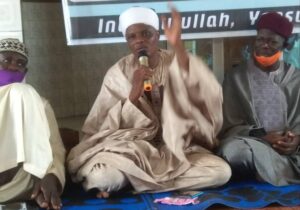