As the Publishers of Muslim News (MN), Nigeria’s most authoritative Islamic newspaper unveils and distributes the print version of its March 2021 edition dedicated to celebrate the winners of #MNAwards2020, it also highlights the three intriguing facts about media ownership in Nigeria and why it’s important for the Muslim community to patronise MN, and other alternative media.

We'll be distributing thousands of free copies of this edition at some central #mosques and Islamic centers in #Abuja, Oyo, Kwara, Ondo, Bauchi and Lagos starting from today, Fri. You can sponsor copies (10 copies for N1000, 50 for N5000 or 100 for 10,000) for free. Send us a DM. pic.twitter.com/wtm8jhnCv4

That despite having elite and influential Muslim figures within their rank, Nigerian Muslims do not belong to any of the three factors/interest groups that determine media content and slants.

They are Media Proprietors, Advertisers and Readers. In Nigeria, these three categories are dominated by non-Muslims.

▪︎ First, media proprietors/owners in Nigeria are majorly Christians or secularists who have always called for separation of religion from state affairs. Also in the club of media owners are business men and women who are into the media business merely to make profit and care less about the negative portrayal of any religion as long as it does not affect their brand, monetary and political interests. 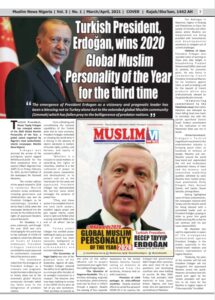 ▪︎Second, most advertisers in the media are non-Muslims, groups and brands. Only a very insignificant number of Muslims find it worthy to advertise or place advertorials in newspapers to address matters affecting Islam and Muslims.

▪︎The third interest group which worsens the situation is readership or buyers of newspapers who are also predominantly non-Muslims, and mainly largely-educated Christians.

Perhaps, the fourth category to where the Muslims belong is “others”. Is that not too sad? Of course, it is.

Consequently and in realisation of these fact, the publishers of Muslim News Nigeria, Rawshird PR Media has decided to distribute thousands of free copies of this edition at some selected central mosques and Islamic centers in Abuja, Ibadan, Ilorin Ondo, Bauchi and Lagos starting from today, Friday. 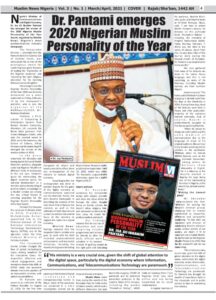