The result was announced on Saturday, the 10th of April by the head of the Jurists, led by Dr. Ismail Adefeso, a Post Doctoral Fellow, Chemical Engineering University of Cape Town, South Africa, at a physical/virtual event held at the Conference Room OAUTHC Mosque, Ife.

Fatimah, 19, won with the cumulative point of 78.6 percent, leaving Aishah Muhammad Mustapha, a 400 level Geography student of Ahmadu Bello University, Zaria as the first runner up with the total point of 72.75 percent. 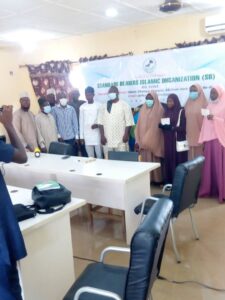 Muslim News gathered that 46 students from various higher institutions in Nigeria participated in  the Iqraa Challenge which saw only 6 students shortlisted for the final stage.

According to a report made available to our correspondent, the contest involved three assignments that were assessed by judges drawn majorly from academia.

Participants were told to write a term paper showing the relationship between education, financial independence, and poverty reduction. This was judged by Dr. Raimi Lukman, Assistant Professor of Entrepreneurship, UBD School of Business and Economics, and Dr. Abdulhakeem Ogunmuyiwa of Jubail Technical Institute.

They were also expected to pen down a short note on Fiqh Awlawiyyaat (Jurisprudence of Priorities) by Prof. Yusuf Qaradawi, a session assessed by Ustadh Abdulwasiu Ahmad Akanno, a graduate of Shari’a from Azhar University, Cairo. 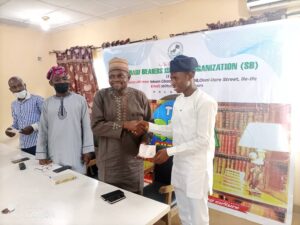 Fatimah, who won the competition, expressed appreciation to Almighty Allah for the feat. recorded during the Competition.

According to her, “Alhamdulillah. I had so much fun during the cause of writing the essay. It opened me to further knowledge of some things I never knew. It also widened my reasoning horizon which I’m really grateful for.

“As a law student, essay writing contributes largely to our development and this was an avenue to further improve my career development. The Iqra Challenge is a very commendable project. Other projects that would take us back to our roots should be encouraged and recommended,” she added. 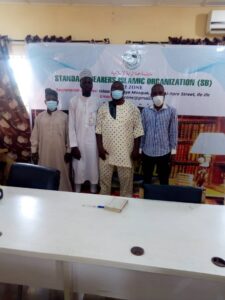 The Coordinator of the Competition, Mal. Lukman Isa thanked Allah (SWT) for the success of the maiden edition of the Iqraa Challenge.

He said, “The interest it has generated amongst students of higher institutions across the country is really encouraging. We have taken note of the feedback asking us not to restrict entries for the next edition of the program.

“As Standard Bearers, we promise that subsequent edition will continue to have the hallmark of a standard competition supervised by competent Academics and Religious Scholars across different learnings. Special thanks goes to our panel of judges across the globe for the painstaking effort in assessing the submission of the participants.”