Ramadan 2021: From Ahmed Musa and Mesut Ozil, to Mo Salah and Karim Benzema, footballers who observe the holy month

'In this life, there are many things more important than football' says Jurgen Klopp

Muslim footballers often display devotion and determination during the holy month, training and working as usual. Whether playing in extreme heat or participating in high-stakes competitions, stars such as Mesut Ozil and Mo Salah and  have publicly observed Ramadan.

Here are ten footballers who may observe this year in the midst of the Champions League quarterfinals and their respective domestic leagues. 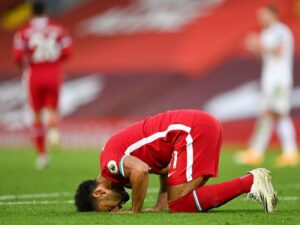 MO SALAH: Mo Salah last year shared Instagram stories training at 2:40am during Ramadan, with fans speculating that he changed his schedule to accommodate his fast. The Liverpool star and Egypt national was also spotted on live TV breaking his fast during the Champions League with a chug of water in 2019. Jurgen Klopp fully supports both Salah and Sadio Mane when they fast – more on what the German manager said below. 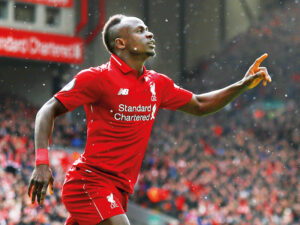 SADIO MANE: “There is no problem with the fast of my players. I respect their religion, they were always wonderful and they offered the best whether they were fasting or not,” said Klopp about both Mane and Salah. “There are days when Sadio Mane or Mohamed Salah came into the dressing room because they were praying. In this life, there are many things more important than football.” Liverpool will face Real Madrid for the second leg of their CL quarterfinal on April 14.

ACHRAF HAKIMI: The young Inter Milan defender (previously on loan to Dortmund) and Moroccan national has been generating buzz in Serie A after signing a five year contract last year. The 22-year-old is “a devout Muslim and observes Ramadan … ever year” according to the Bundesliga website.

KARIM BENZEMA: Real Madrid’s star striker often posts pictures from Iftar time during Ramadan. He played in the quarterfinal of the Champions League (CL) against Liverpool on Wednesday, April 14. The French Muslim participated in Dubai Sports Council’s ‘Be Fit, Be Safe’ campaign during the holy month last year, stating: “I have a message to all my friends in the UAE and to all the Muslims around the world during this month of Ramadan. This period has been difficult for everyone due to the Coronavirus, so we need to continue to help each other during this crisis. Stay safe and take care of you and your loved ones.”

MESUT OZIL: Former Arsenal playmaker and Germany national, now with Turkish side Fenerbahce SK, launched a Ramadan collection on Friday through his clothing line M10 Streetwear. “I am grateful for every trial that pushed me closer to Allah!” he tweeted. Ozil, among a few other Muslim players, made a decision not to fast during the 2014 World Cup, citing health concerns related to “my job here”, with travel exemptions being another possible reason. He is the 2020 Global Muslim Celebrity of the Year, an annual award organised by this medium, Muslim News Nigeria.

RIYAD MAHREZ: Manchester City’s Algerian winger Riyad Mahrez went viral when he signed for City next to his mum, wearing the hijab, who gave him a proud peck on the cheek. Every Radaman, Mahrez takes to Twitter to wish his fellow Muslims a blessed month. “Ramadan Mubarak to all my brothers and sisters. May Allah facilitate this fast, think and pray for all people in need at this time,” he wrote last year. City also played  Dortmund in the CL quarterfinals on April 14.

N’GOLO KANTE: Chelsea midfielder and French national once fasted in secret at Caen in the midst of summer, according to an episode of Oh My Goal’s Soccer Stories. “It was also really hot, so you could tell that he was suffering,” said teammate Jerome Rothen. “He approached me [and sadi], ‘Jerome, please don’t say anything. I’m asking you to do this.’ I respected his choice …. In the end, he didn’t say a word. He did everything.’” Chelsea goes against Porto in the CL quarterfinals next week. 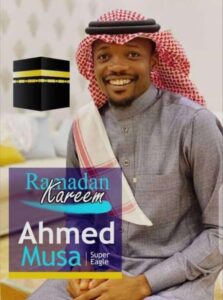 AHMED MUSA is one of the leading Muslim figures in the Super Eagles. The former Leicester City forward recently emerged Nigerian Muslim Celebrity of the Year 2020, an award organised by this medium, Muslim News Nigeria. The Super Eagles’ captain used his Twitter handle to greet all his Muslim fans on Tuesday, day 1 of Ramadan. He will not only fast, he will also be feeding the poor, a generous act he has been doing, yearly, during Ramadan. Musa is expected to be unveiled as he rejoins his former local club, Kano pillars before the commencement of the second stanza of the league season.

PAUL POGBA: French national and Manchester United player made a pilgrimage to Mecca (pictured above) during Ramadan in 2019, performing Umrah. He adopted Islam as an adult. “It made me change, realise things in life. I guess, maybe, it makes me more peaceful inside. It was a good change in my life because I wasn’t born a Muslim, even if my mum was,” he told the Independent.

– With Additional information from Gulf News