As Muslims across the world mark the new Islamic year of Fourteen-Forty three, After Hijrah (1443AH), Muslim faithful in Ilorin the Kwara State capital gathered on Monday at the State’s Stadium to commemorate the beginning of the all-important Islamic year.

Professor Yusuf, who said Muslims and Christians are brothers, also enjoined leaders of each faith to join hands and fashion out workable template from their respective scriptures as guiding codes for the politicians and political leaders to pilot the affairs the nation successfully.

While appreciating the efforts of the State government in the area of security, Professor Badmus called for full enforcement on the laws prohibiting sale of human parts, sale and consumption of alcohol in already designated areas of the State.

In his keynote address, the Grand Khadi, Kwara State Shari’ah Court of Appeal, Justice Muhammed Ola-Abdulkadir, called on all to work in line with the messages of Hijrah, and double their prayers to overcome current challenges ravaging the world, shun vices, lawlessness and all untoward acts for a better society.

Also in his sermon, the Mudir-Markaz, Agege, Lagos, Sheikh Muhammad Habeebulah Adam Abdullahi Al-Ilory represented by Sheikh AbdulRazaq Adamath- Thanni, called on the State Governor, Mallam AbdulRahman AbdulRazaq to turn a listening ear to the wishes of people while Kwarans should also do the needful to ensure a better society.

In his goodwill message, the Executive Governor of the state, Mallam Abdulrahman Abdulrazaq represented by the Secretary to the government, who congratulated Muslims in the State, disclosed that his administration is not unaware of the Muslims’ request to have the day as work-free, stressed that consultation is ongoing on the request and will soon make her position known to all.

The occasion brought together the who-is-who of the society, among who were the Chief Executive Officer of Kamwire Industries; Hajia Aminat Shagaya, who was represented by Hajiya Jemilat Gold; Khadis, serving and retired, Islamic scholars, leaders and members of Islamic organizations, school children including the Madaariz, young and aged male and female Muslims within the metropolis.

PICTURES FROM THE EVENT 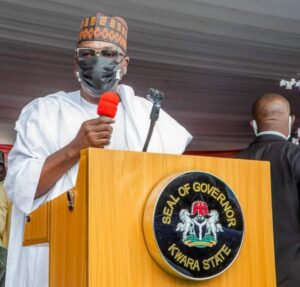 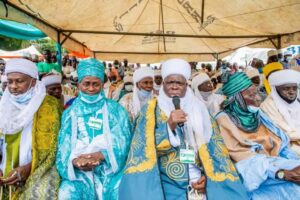 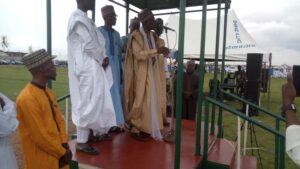 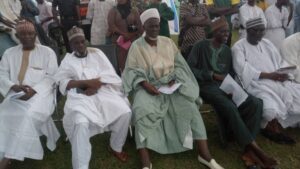 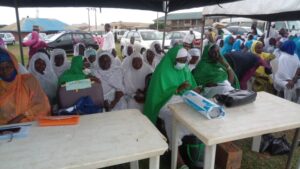