by Muslim News Nigeria
in Features
0

What does “Jihadist bandits” mean? A section of the Nigerian media never mature from their psychotic #Islamophobic headline framing of Islam and the Muslims. Banditry, which they claim is purely non-religious and strictly business is now wearing religious garb. Bandits kidnapped indiscriminately, Muslims or Christians, largely for money. So, why are they being called Jihadist bandits? Perhaps they are now admitting that the earlier ones were actually #Crusader Bandits? Even if they claim to be one, which they’re not, tagging them as such is like an endorsement. It’s a clear collaboration between this section of the media and the bandits because a jihadist (sic) as they are now saying ignorantly, would be someone who involves in Jihad which does not mean banditry as portrayed in some of these crusaders Islamophobic media.

Jihad means striving for a good and just cause. E.g. Gov. Zulum of Borno State (who these same crusaders have repeatedly albeit without success tried to smear) can be said to be engaging in jihad by striving to rescue the state from #terrorists and serving the people of Borno state. The mainstream media, especially the Islamophobes among them can embark on #jihad towards becoming ethical and responsible. It’s called ‘the jihad of the self – the highest form of jihad in Islam.

#Jihad is all about striving in the cause of Allah (al-jihad fi sabil Allah) for a just cause as firmly established in the Quran (4:95) and Hadith, not what all these groups of brainwashed youths are doing with the effective collaborators of a section of the media, because in doing Jihad, Islam warns against the killing of innocent people, especially the children and women, including the aged, wanton destruction of adversaries’ crops or property is strictly forbidden, not to talk of vandalisation of their places of worship. A true Jihadist will never indulge in any of this madness.

At Muslim News Nigeria, we reject all these puerile slurs and consider any medium that indulges in such as engaging in hate speech and an Islamophobe. 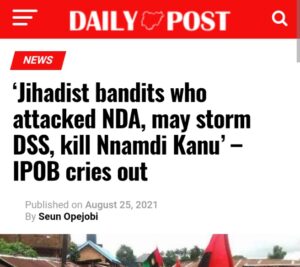 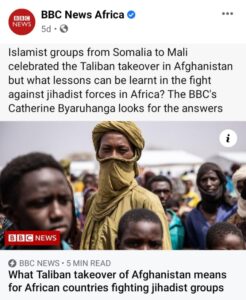 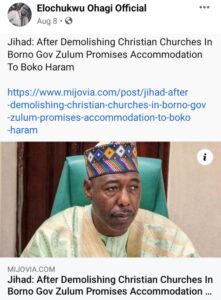 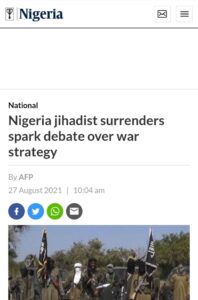 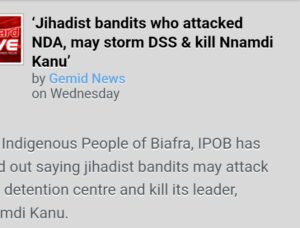