The Palestinian cause enjoys widespread support in Malaysia, where about 60 per cent of the population are ethnic Malay Muslims, and entry into the country on an Israeli passport is forbidden.

The World Squash Championship scheduled to take place in Kuala Lumpur, Malaysia has been cancelled on Monday, November 29, after Malaysian authorities refused to issue visas to players from Israel.

World Squash Championship for men had been due to take place in Kuala Lumulpur from December 7, 2021, with 26 squads taking part.

The revelation was made by the World Squash Federation (WSF) and it said that the tournament had been cancelled because of the “possibility that some nations would be unable to compete due to the lack of confirmation over the issuing of visas”.

Earlier in November, the ISA had warned that it planned to turn to the Court of Arbitration for Sport if the WSF could not resolve the issue.

The decision came after the Israel Squash Association (ISA) took its case to the Court of Arbitration for Sport in Switzerland. 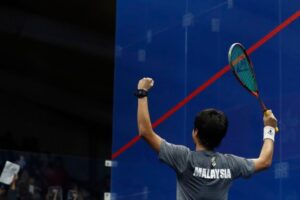 The WSF said the decision to cancel the event was also influenced by the new Omicron COVID-19 variant, which it fears could affect travel to Malaysia.

At least 44 countries have imposed travel restrictions on several African countries after discovering the alternative, with Japan and Israel banning all foreign nationals from entering their countries.