Special Assistant to the Attorney-General of the Federation and Minister of Justice, Abubakar Malami, SAN, on Media and Public Relations, Dr. Umaru Jibrilu Gwandu has donated school uniforms to the 185 pupils of Kalambaina Model Primary School, Gwandu local government area of Kebbi State..

The act, according to the communications scholar, was aimed at supporting the zeal exhibited by parents of the pupils, who recently enrolled their wards after the school was reopened.

The Kalambaina Model Primary School was established in 1977 after which it was converted for another public reason in 1990. 32 years after the area had lacked a primary school, it was re-established and recorded 185 enrollments.

Dr. Gwandu, who took to his social media page on Sunday, eulogised the parents’ zeal for enrolling their children and prayed the kids grow up to become productive.

“We can count the seeds in an apple, but you can’t count the apples in an apple seed. I remember how we began. These pupils we support today will surely, in sha Allah, be very productive members of our society one day.

“We welcome the re-establishment of the Kalambaina Model Primary School. It was first established in 1977. The school building was converted for another public task in 1990. Since then, there was not even a (single) primary school in the area for almost 32 years. AlhamduliLlah, the school was re-establish recently. We recorded a massive enrolment of pupils. 185 pupils were enrolled.

“Lack of schools or having schools far away from home, insecurity and risk, economic status, asking school-going children to do some domestic tasks, conversion of schools for other purposes among others were part of the reasons given by Nigeria Education Data Survey Report of 2020 for the prevalent of out-of-school children in our community.”

Speaking on, he said “I remember one of the themes of a conference we intended to organise previously revolved around “Out-of-school children: From Resistance to Hopelessness”. Our submission then was that people were not resisting going to school, but it was a matter of accessibility and affordability. This development proved us right. Parents are still enrolling their kids. A primary school that came into being recently recorded enrolment of almost 200 pupils.

“As a way of encouragement, we modestly supported the zeal demonstrated by their parents by supplying uniforms to all the 185 pupils of the school. Many stakeholders expressed determination to render support in the direction. I pray these kids will be future leaders and productive members of our society. Charity begins at home, but doesn’t end there. A child is for all of us”, he added. 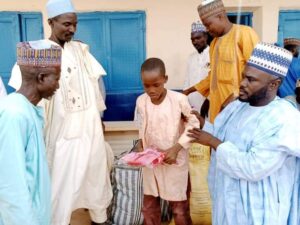 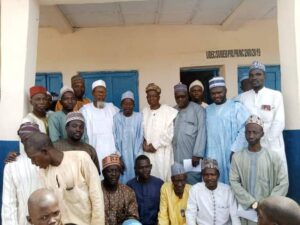 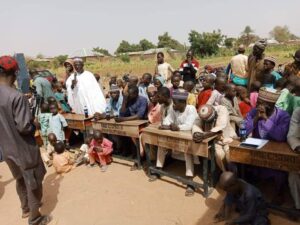 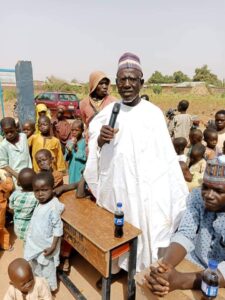 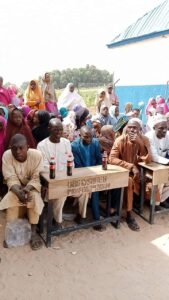 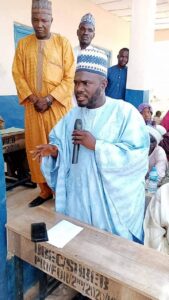 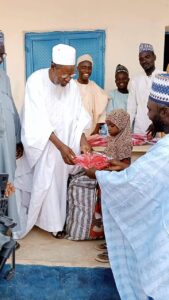 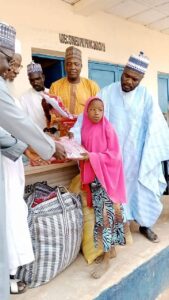