by Muslim News Nigeria
in Ramadan 2022
0

The Fourtheenth Moon Foundation (FMF), in collaboration with Lekki Muslim Ummah (LEMU) has organised the second phase of  distribution of its Annual Ramadan Relief Package.

The distribution was witnessed by needy Muslims in the two communities, where 160 packages containing majorly foodstuff were doled out.

Meanwhile, The founder FMF, Ustadh Qasim Badrudeen, said the Foundation’s Eid-ul-Fitri relief package will come up one or two days to Eidul-fitri, where live chickens and some other items will be distributed based on the donation received from donors.

Reccall that Fourteenth Moon Foundation, last week, distributed foodstuff to no fewer than 150 needy Muslims and families in Lagos State.

Badrudeen noted that the Ramadan package was imperative in order to support needy Muslims, who have been badly impacted by the economic situation in Nigeria. 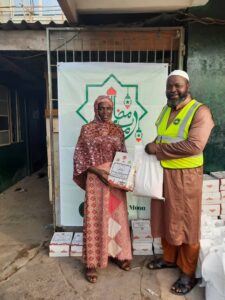 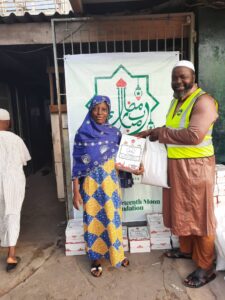 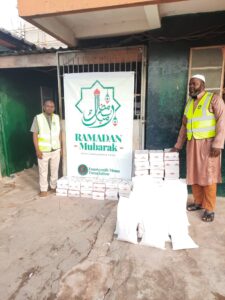 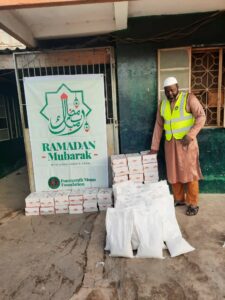