The angry Nigerians in series on posts on various social media platforms monitored by Muslim News lambasted the director for promoting immorality all in the name of movies.

They also praised the actress, a practicing Muslim, for standing by her conviction and principle, saying she deserves an honour.

Sharafadeen Iyanda Ganiyu said, “Honestly, she deserves recognition. Imagine being mocked in a crowd for standing with morals! She was the only voice there, mocked, crying, and praying for God’s intervention! We all owe her support if truly we’re for morals. Count me in for all forms of assistance.”

How it all started

The video of popular Nollywood actress telling her colleagues at a movie location that as a practicing Muslim, she can never go naked for a role surfaced online on Sunday, May 8.

An argument ensued when the Director, Mr. Bayo told the actress to reveal a part of her body while playing the role of the King’s wife in the movie, titled Olosho Laafin.

Despite persuasion from her colleagues, Ewatomilola, a Muslim, refused to play the nude role. She also vouched to return the money paid by the producer of the movie.

The video has sparked reactions on social media as many netizens lambasted the director and producer for promoting nudity all in the name of making movies.

While reacting, another netizen, Princess Adeola Agbaje noted, You can’t force her against her religious practice. I commend her determination. What is the end of those artists practicing such nonsense? All bodies should stand against moral decadence.”

A twist to the story

A few hours later, another video surfaced online showing the actress and her colleagues apologizing to their fans.

They insisted that the controversial video was a skit, used to promote their forthcoming work, Olosho Laafin.

The cast and crew apologised, saying IT WAS A SKIT

Fowosere posted another video on her social media handle, where she also insisted it was a skit.

However, fans on social media claimed that the apology was damage control, adding that the actress was probably forced to cover up for them.

AbdulAzeez Olalekan Abdullahi, “It was never a skit. Though, she is a woman to reckon with and should be celebrated. Her type is rare in the industry. May Allah continue to honey her and bring down those who want to shame her. Amin”

Aloyinlapa Semiu Kay Ochendo said, “This was never a skit! She must have been persuaded or compelled to do this! That guy is very stupid”

According to Makinde Munir Adewale, “I doubt if it was a skit, but as said, skit or no skit the lady deserves an award. Though I’ve been noticing in their movie, I’ve never watched a scene where she exposed her nudity.”

A social media user, Saheed Oladele later shared another video of veteran Nollywood actress, Toyin Adegbola, aka ‘Asewo to re mecca’ who defended the actress, insisting she will neither expose her body nor refund the money.

Madam Adegbola, sat together with the actress in a room, with another actress (Iya Ibadan), where she said, “Since our years in the theatre industry, no one has asked us to go nude or naked to feature in movies. In those days, if we want to play the nude scene, a bra will briefly shown (sic) but now, they have spoilt our legacy.

“Do you have to go naked because you’re playing a role of Olosho Laafin?” the Nollywood veteran asked, as she begged the actress, saying that, “you can’t do any refund. No way. It’s not possible. Besides, the matter has been settled now.”

Those who saw Madam Toyin Adegbola’s video and another video later released by the actress on her social media believed that it was not a skit.

“She was forced to cover up for them. There was no skit anywhere; it was an afterthought she was begged to accept. The regulators (government and professional bodies) will need to do their jobs to promote sanity in the industry. That industry is behind moral decadence and many criminal activities you see among youths today. It sells as “anything goes” and forces actresses to take money as everything. If nobody is saying it already, I want Muslims all over Nigeria to rise and get a car for this woman,” Obasanjo J. Oyedele said in a comment. 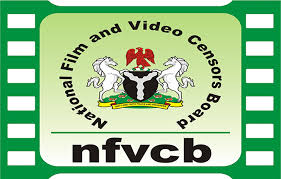 There have been reported cases of obscene, lewd and x-rated contents in movies, songs, and skits churned out in Nigeria, the second largest film industry in the world.

Many of them promote immorality, which does not only go against Nigeria’s cultural values but has a great impact on the youth, with little or no effort from regulatory bodies to end the scourge.