On Friday, #Turkiye President, Recep Tayyip Erdoğan attended the Janazah (funeral prayer) of Mahmud Usta Osmanoglu, one of the most respected Islamic scholars in the country, who passed away on Thursday in Istanbul at the age of 93.

President Erdogan @RTErdogan on Friday joined thousands of #Turkiye at Fathi Camri, Istanbul to observe #Janazah for the late Islamic scholar, #SheikhMahmudEffendi, who died on Thursday, aged 93. May Allah illuminate his grave and admit him into paradise . #MahmudEfendiHazretler pic.twitter.com/3kNpvYrvOL

The funeral prayer was held for the deceased, known as Sheikh Mahmud Effendi, in the courtyard of the Sultan Mehmed Al-Fateh Mosque in Istanbul amid a solemn presence of mourners.

In addition to the Turkish president, thousands of mourners, including an actor in Dirilis Ertrugul, Celal Al, otherwise known as AbdurRahman Ghazi, and a number of Turkiye officials attended the funeral after the Friday prayers.

Muslim News had earlier reported that Sheikh Mahmud Effendi, born in 1929 in the state of Trabzon in northern Turkey, died on Thursday in an Istanbul hospital due to a health problem caused by kidney failure.

On behalf of the Nigerian Muslim community, we pray Almighty Allah to forgive his shortcomings, illuminate his grave and admit him into paradise. Ameen Ya Rab. 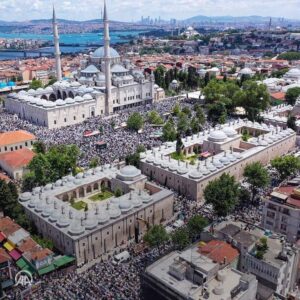 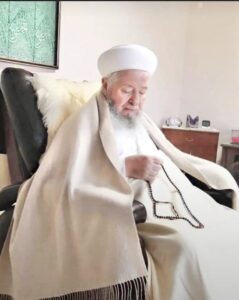