- During the 3-month seclusion in Ipebi, Prof. Matemilola, a devout Muslim, will be enlightened about the cultures and traditions of Owu Kingdom

The new Olowu of Owu Kingdom, Abeokuta, Oba (Dr ) Saka Adelola Matemilola, on Monday, met with the Balogun of Owu and former president, Chief Olusegun Obasanjo, as part of the tradition of the Owu people.

The former president in his remarks assured the new traditional ruler of the cooperation of the sons and daughters of Owu in ensuring a peaceful and remarkable reign.

Obasanjo appreciated the Ogun State government for approving the selection of Oba Matemilola as the successor of the late Oba Adegboyega Dosumu who joined his ancestors last December.

He noted that the kingmakers completed their assignments in no distance time in filling the vacant seat of the Owu stool.

“In our history, this is the first time a new king will be filling a vacant seat within a short period. We have to preserve our culture. Culture is the totality of our existence, and we must not allow it to go into extinction.

“We (kingmakers) did what we are supposed to do. The state government approved his appointment.

“I want to assure you (Matemilola) of my unalloyed support and the support of the entire sons and daughters of Owu kingdom in your journey as the new Olowu of Owu kingdom,” the former president said.

He urged chiefs and other Owu people not to disturb the new traditional ruler at “Ipebi” during the seclusion period.

Prayers were offered to the new traditional ruler by Christian, Muslims and traditional leaders. 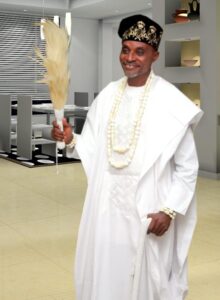 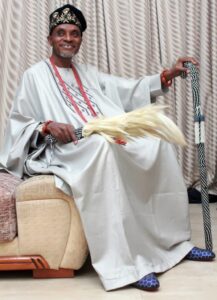 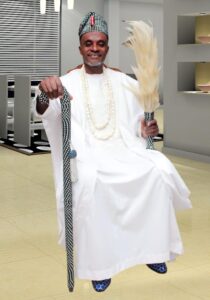