As a way of giving back to the community where he grew up, Nigerian professional footballer and Sivasspor of Turkey forward, Ahmed Musa, has completed and named after his parents an International school project in Bakuru, Jos south local government in Plateau state.

Musa had earlier announced the commencement of the school project last year, saying that he was not unaware of the need to give back to the community that made him.

In an Instagram post dated January 6, 2021, the Jos-born Super Eagles forward wrote: “I am not ignorant of the need to give back to my wonderful community and that is why I am excited to announce the commencement of the M & S International School project in Plateau State, Jos South local government Bukuru. Education is the key to success.”

While taking to Instagram in the late hours of Sunday, October 16, 2022, to announce the completion of the school project, Musa disclosed that the international school which is now fully opened has been named after his parents, Mr Musa and Mrs Sarah. 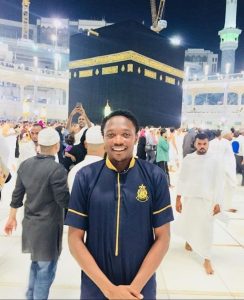 However, this is not the first time Musa is giving back to society.

He has in the past made countless donations to alleviate the suffering of the needy, and gave scholarships to students among other philanthropic acts.