The gruesome murder of Ms Hauwa Muhammad Leman by Boko Haram has once again proven that the terrorist group does not represent Islam, the religion it falsely claims to profess.

Ms Hauwa, an aid worker with the International Committee of the Red Cross (ICRC) was killed early this week by the Abu Musab AlBarnawi-led faction of Boko Haram, after being held in captivity by the terror group since March 1, 2018.

The Cable, a Nigerian online medium, reported that Leman was forced to kneel down, with her hands tied inside a white Hijab which had a crest symbol, and was then shot at close range.

The killing is coming barely a month after the terrorist group murdered in cold blood another Muslim health worker, Saifura Ahmed, who also worked with the same agency.

Just like Hauwa, Saifura was also seen in a video as reported by The Cable wearing a white Hijab, before she was shot from behind by the terrorist group.

‘Why we killed the two Muslims’ – Boko Haram

The terrorist group has reportedly justified the killings, claiming that their latest victims have committed apostasy (abandoning Islam) the moment they chose to work with the Red Cross.

Boko Haram, in a report published by The Cable, said: “Saifura and Hauwa were killed because they were considered as Murtads (apostates) by the group because they were once Muslims but have abandoned their Islam the moment they chose to work with the Red Cross, and for us, there is no difference between Red Cross and UNICEF.

“If we see them, we will kill the apostates among them, men or women, and choose to kill or keep the infidels as slaves, men or women.”

Muslim News in-house writer and a Nigerian-born Middle East scholar, Ustadh Ibn Taofeeq AbdulAzeez has condemned the killings of Hauwa and Saifura, saying: “One of the Greater Sins in Islam is the murder of that person whose execution has not been ordered by Allah and the Holy Prophet.

According to him, the terrorist group is neither preaching nor representing Islam. Its actions oppose the Islamic rulings and methodology. Its ideology could be linked to that of the Khawaarij (a dangerous sect known to have twisted the message of the Qur’an, Hadith and the statements of the scholars to conform to its selfish interest).

Ustadh Ibn Taofeeq quoted a Hadith of the Prophet which forbids the spilling of the blood of a Muslim except in three instances: “an adulterer, a life for a life (a murderer), and an apostate (who rebels against his religion and separates from the community).”

He said: “This precious Hadith, which can be found in Bukhari and Muslim, need not be misunderstood. Those who don’t represent Islam can never explain Islam! No doubt Saifura and Hauwa were killed unjustly. 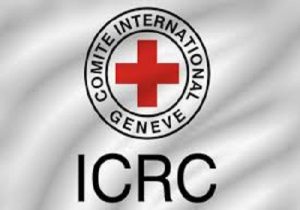 “You can’t become an apostate by merely working for a supposedly Christian organisation, as long as you did not publicly renounce your faith. They obviously died as Muslims. Besides, the ruling of apostasy (spilling the blood of a Muslim or capital punishment) resides only in a constituted authority (a government of a country) rule by Shari’iah.

“The topic of this hadith is a topic of governance and so it does not really apply to Muslims in the West or governed by the principles of the West.

“An innocent life or blood (either Muslim or not) is sacred and regarded as a very BIG issue. It is not something that an individual, a body, or group of brainwashed youths can take into their own hands. It is not an issue to be decided by mere opinions. Rather, it is a matter that must be established and known through textual sources.”

In his view, Ustadh Rasheed Haashim, Director of the Muflihun High School, Ibadan, Oyo State, said tagging a Muslim an apostate for working with an agency like the Red Cross or any Christian organisation is nothing but extremism and profound ignorance.

“Such emanates from exuberance, misconception about the religion and taking divine textual proofs out of context”, he added.

According to Ustadh Hashim, many erudite Islamic scholars have listed the nullifiers of Islam. None of them mentioned working with Christian organisations as one.

“What the scholars have mentioned that can make one an apostate is supporting disbelievers and helping them against Islam and Muslims. They cited Qur’an 5:51 as proof in support of that. The pristine teachings of Islam are free from such alien views. Allah knows best”, he concluded.

‘Understanding the Rulings of Apostasy’

“As for deciding that someone has left Islam, Ustadh Ibn Taofeeq explained, “We can’t say someone said or did such and such, and because of it they are no longer Muslims, so we have to kill them or take away their property. This is arrant nonsense. It needs to be established by some sort of body that is official. And not a terrorist group or body.

“If the ruling must be applied, it must be by a governmental (Islamic) body. However, the decision on whether or not a person is considered to be outside the fold of Islam needs to be made by scholars.

“On this, scholars would need to sit down with the person in question, ask specific questions, examine the sanity of the person and address other salient issues that can possibly be addressed.

“Once that is done and there is still no reconciliation, then at that point, that particular individual can be labelled a “Kafir” (unbeliever/apostate), as someone who has left the religion of Islam.

“In addition, steps must be taken to convince the individual via different approaches in order to limit the attendant harms from such declarations.

“Again, this is not an issue that can be handled by just a group of individuals. Hence, random calling or labelling of Muslims as Kafir or Murtadi (apostate) is completely unfounded in Islam, and signposts the peak of irresponsibility. Such misdeeds should be outrightly rejected.

Ibn Taofeeq concluded that it is clear that Boko Haram is neither preaching nor representing Islam, as its acts oppose the Islamic rulings and methodology.

“We need to tell the world what Islam is, and compare between the Prophetic Islam and Boko Haram Islam”, he concluded.