The 2017 Saudi blockade on Qatar: Al Jazeera Vs Al Arabiyah And Others by Rasheed Abubakar

Gone were those days when many Nigerian Muslims only relied on the one-sided reporting of BBC, CNN and other western media. The coming of Al Jazeera news channel in 1996 was a great succour for this Ummah.

With the introduction of Al Jazeera English (AJE) ten years later, the international state-funded 24-hours English-language news and current affairs exposed many of us to responsible and responsive journalism and soonest, Nigerian media, who had earlier saw it as Muslims TV had no option than to air (cut away) its news contents.

I still have a newspaper cutting from PM News of November 7, 2002 in my file, with the title, Why Al Jazeera Is Strong, because “it has given the world what CNN could not give…”

The findings, as published by the now rested evening newspaper where I was one of the distributors as a secondary school leaver, quoted Prof. Hassan Ragab of the American University of Cairo, saying: “Al Jazeera has taken over from CNN in the Middle East. The TV station (as at then) has over 40 million viewers in the Middle East alone.”

Rather than complementing and supporting the Qatar based medium that’s serving the entire world, her Arab neighbours out of jealousy floated an alternative medium in Saudi Arabia namely, Al Arabiyah.

Unfortunately, the Saudi-sponsored Al Arabiyah together with the ones owned by her allies (Egypt, Bahrain and UAE) CANNOT withstand the strength of Al Jazeera.

READ ALSO...  Virtues of the first 10 days of Dhul-Hijjah, the month of Hajj

According to ipsos, a global market research and a consulting firm, Al Jazeera has more viewership than all other pan-Arab news channels combined.

“We broadcast to more than 220 million households in more than 100 countries” Al Jazeera Network said in a statement released in 2012.

If I may ask, how many Nigerian subscribers have access to al Arabiyah in the first instance? I don’t have it on my decoder (name withheld) and for those who subscribe, how many do watch it as they pay rapt attention to the beautiful and well researched documentaries of Al Jazeera? 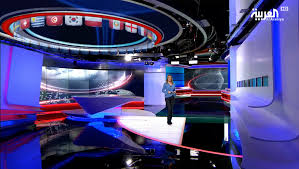 Have you guys seen Al Jazeera’s four-part series documentary on “Nakba – the catastrophe” revealing the ethnic cleansing of Palestine and the near-total destruction of Palestinian society in 1948? It’s a well documented research, everyone needs to watch it.

I don’t really want to write an epistle. In fact, as I write this, I keep on checking the number of paragraphs. Still, some lazy friends (they know themselves, lol) would say, Haba! It’s too long. Let me just conclude this way:

If Qatar bows to pressure, as part of the demand from the Gulf states, to cease the broadcast of Al Jazeera news channel, it’s going to be one of the biggest calamity, not only to the Muslim Ummah, but to the entire world. That means, the intellectual battle declared against Muslims by the West has just been won, using Muslims against Muslims.

The article was first published on facebook in June, 2017.