An investigation by Muslim News has unveiled how a faith-based food safety and bio-standards body, the Halal Certification Authority (HCA) conducted research towards certifying Domino’s Pizza Nigeria healthy and lawful for consumption for Muslims and non-Muslims in the country.

The organisation had on Thursday, October 18 issued a certificate to the management of the company, pronouncing her products Halal and thus permissible for consumption as prescribed under Shari’iah law.

Domino’s Pizza broke the news on her Facebook page, with the caption: “It is a done deal! We finally got our Halal certificate!”

Following the certificate presentation ceremony held at her Eat’N’Go Head Office at Victoria Island, Lagos, there were still some uncertainties from some Muslims over the Halaal status of some Domino’s Pizza types, particularly the pepperoni.

Muslim News therefore embarked on independent investigations, which revealed that none of the flavours of Domino’s Pizza – including the pepperoni – is made from pork.

The pepperoni pizza, otherwise known as pepperoni sausage, belongs to the porcine (pig) class, which has created fear in prospective Muslim customers whose religion forbids consumption of pork.

Miss Islamiyyah Abdul, a student of the University of Lagos, who is excited about the certification, said she had refrained from patronising Domino’s after a Google search revealed that pepperoni pizza, the most common and cheapest brand of pizza, is made from pork.

Muslim News’ findings however discovered that unlike in other parts of the world, the pepperoni and all other types of pizza in Domino’s Pizza brand are made from Halaal meat and chicken sourced from credible vendors in Nigeria, Malaysia and Indonesia, the latter being the country with the largest Muslim population in the world.

Our correspondent was privy to documents revealing how the team of experts working for the Halal Certification Authority, in early May 2018, inspected their Central Kitchen, and took samples of Domino’s products to their laboratories for testing and verification.

Again, some samples were taken outside the country for DNA Porcine test, which was carried out with the use of molecular bio-technology.

One of the members of the team who preferred to remain anonymous said:

“Porcine is a generic name for pork. No matter how little the pork content in the meat is, even as little as 1%, DNA Porcine test will reveal it clearly. Nowhere in Nigeria can this be done. That is why we went abroad to conduct the research with the support of our partners in Malaysia.”

According to him, “it was not easy at all but we just have to do it for the Ummah. At a point, the management of Domino’s Pizza were worried and agitated, but we did not mind, we continued with our findings because we have a name to protect.

“With what we have seen so far, I can tell you that there is no element of Haraam in Domino’s Pizza. But, it is most likely the pepperoni pizza you get in other States or abroad has pork, but not in Domino’s Pizza; it has been empathically proven to be non-pork meat.

“The vendor that slaughters for Domino’s Pizza is a Muslim, and that makes it easy for us to offer advice where necessary”, the source stated.

The Chairman, Halal Certification Authority, Dr. Ibrahim Oreagba, applauded the team, revealing that Domino’s Pizza makes it the tenth food products company to be certified by the HCA since the commencement of its operations in Nigeria about 4 years ago. 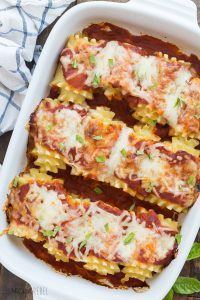 The Consultant Pharmacist and Pharmacovigilance expert with the National Food Drug Administration and Control (NAFDAC) further said that the HCA is a prime authority for standardisation and oversight for food products and was birthed to, among other things, ensure that proper training and education is given with respect to Halaal conformance.

He also revealed that HCA is collaborating with other relevant bodies as it is currently in partnership with the Standards Organisation of Nigeria (SON), NAFDAC, FIIRO and others. While on the international front, the HCA is a member of the Halal Standards Pool.

The Lead Auditor of the HCA, Mr. Abdul Azeez Ajala, apprised that the body undertakes certification exercises for SMEs, Drugs and Pharmaceuticals, Halal Cosmetics, Halal Finance among others.

Explaining the process involved in the exercise, Ajala elucidated that it begins with notification, followed by a review of the process line, sampling and analysis.

“The process is furthered by an independent opinion, after which the empirical findings are presented to the Council of Ulamau (Scholars) for proper juristic ratification”, he said. 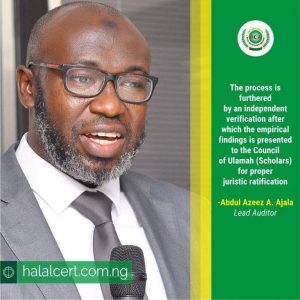 The Chief Operations Officer (COO) of Eat’N’Go, Antoine Zammarieh in his submission applauded the exploits of HCA for setting the standards and making it possible for FMCGs to earn the trust of their diverse public. He also commended his team for working hard to meet the high standards of the HCA.

READ ALSO...  Sheikh Ramadan relates his 29 years experience as a student and translator under the tutelage of Sheikh Adam

The CEO, Domino’s Pizza, Mr. Patrick McMicheal maintained that it typically behooves Muslims to ensure all dealings are not shrouded in any form of controversy in order to earn the confidence of the people.

While he commended the efforts of the HCA, he avowed that his organisation’s relationship with the body will be long lasting.

In his words, “We are pleased to be in partnership with you and we look forward to an even more cordial relationship to foster healthy benefits to not only the Muslim community but the entire Nigerian people.”

Halal Certification Authority, a body consisting of reliable Muslim Pharmacists, Engineers, and Scholars with other Food Production Experts, is aimed at examining the ingredients and production process of market products in order to make sure they are in compliance with the Islamic Shariah and therefore fit for consumption by the Muslim public. 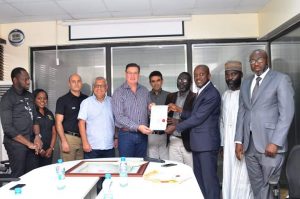