“When Allah gives you wealth, humble yourself.”

“Some people, when they have a lot of money, it leads them astray. They begin to marry and divorce as though the women are toys…”

The Jumah prayer was part of the activities slated for the Zimbabwean scholar, who is billed to deliver a lecture on Sunday, November 11, 2018 at the Banquet Hall, Oriental Hotel, Victoria Island, Lagos.

Other prominent scholars expected to do justice to the theme: “The Muslim Home – Bedrock of a Successful Society” include Sheikh Muhammad Salah (Egypt), Sheikh Zahir Mahmoud (UK), Sheikh AbdurRahman Ahmad (Nigeria) and Hon (Dr) AbdulHakeem AbdulLateef, also from Nigeria, among others.

In the 42 minute, 58 second Khutbah monitored by Muslim News Nigeria, the popular scholar, who has millions of followers across his social media platforms, said it is Allah alone that helps, sustains, protects and provides.

He harped on the need for Muslims to develop a harmonious relationship with the One whom they would return to after their appointed time. 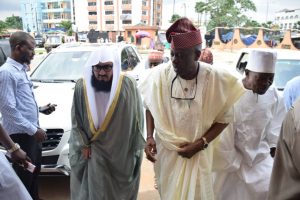 Mufti Menk, whose motivational speeches have inspired millions of Muslims and non-Muslims across the world, also explained the meaning of success.

He said: “The successful one is not the one who has amassed wealth, power or authority or has lived long in this world. The successful is the one who receives his book with the right hand on the Day of Judgement.

“When Allah gives you the ability to realize that this world is not a paradise, that paradise is something else, somewhere else, after we die. And this world will be full of problems, trials, tribulations, issues, difficulties and so many different types of calamities and hardships. That is the nature of life.” 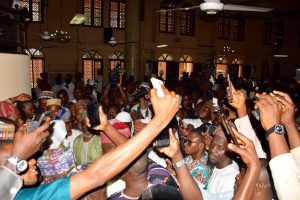 He therefore called on the believers to do good deeds in this life and enjoy everlasting paradise when they return to their Creator.

Read the transcripts of the Jumah sermon (in part), as monitored by Salman AbdulWaheed for Muslim News Nigeria.

When you get up for the sake of Allah, when you forsake your bedding for Allah, give up your sleep for His sake and make your way to the bathroom to wash yourself for Allah and then come to the house of Allah for the sake Allah. Do you know what?

The messenger Peace Be upon him says in an authentic narration that the 2 unite of prayer you offer prior to Solatul Fajr which is the Sunnah before Solatul Fajr, he said the 2 units are better than the whole world and what it contains. Allahu Akbar. 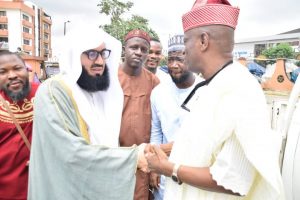 My brothers and sisters, you want something better than the whole world and what it contains? start your day with the obedience of Allah. Start you day thanking Allah that you have got up from your sleep. Many have died in it.

Start your day showing gratitude to Allah by enjoining the morning prayer and I swear by Allah that when you enjoin the morning prayer in a smooth and calm for the sake of Allah, he will make sure you feel so good immediately you have fulfilled that Solah.

How many of us when we get up for Solatul Fajr after that we feel so good? Because the day started on the right foot. The day started with Allah’s mention.

The day started with the pleasure of Allah and the Prophet Muhammad, peace be upon him, we claim to love him, we say we love him, we believe he is the best of creation and noblest of all prophets of Allah, he tells us that those 2 units are better than the whole world and what it contains.

What are you going to get from your sleep? You say ‘I am tired’ You are tired? ‘What if I told you that there is someone at the masjid giving 1000USD for those who go early to the house of Allah. We will forget about the tiredness. We would stay awake all night. For what? For a few notes that are printed in green ink. That’s all. And Allah tells us that I promise you when you come to the masjid, it is better for you than the whole world and what it holds inside it.

We won’t be able to see that unless we have Iman – Certainty, Yaqeen, faith in Allah. When you die, you will see the fruit of what you have done. This world is not a Paradise. Paradise is somewhere else. It is something else which Allah promise us.

The greatest of all promises. I want to ask you, my brothers and sisters, when Allah promises, He fulfill the promises. You know that and I also know that. Don’t you think that when Allah he promised you that when you do good, you shall receive goodness, don’t you believe that He will deliver His promise?

Some people when they have a lot of wealth,they forget Allah. They go to gamble, to the casinos, Nightclubs. They commit adultery, treat women as though they are sex toys. 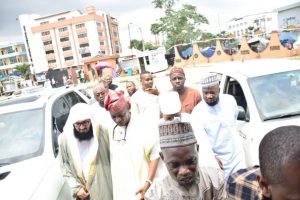 They treat women in a very bad way and could be happening with the women that when some of them are wealthy, they abuse the young boys and men with their wealth. This is happening. Be careful, Allah is watching.

Some people have a lot of money and immediately they forget about Allah. They become people who start transgressing. ‘I want to show you who the boss is’ they would say. Trust me, the Boss is Allah. He is the creator of the universe. On the day of Judgement, the callet would call — To whom does the kingdom belong today?’

Allah would ask the question ‘where are you’. So the answer would come — ownership indeed belongs to Allah alone, The Only One, the Irresistible. That’s Allah. So my brothers, when Allah gives you wealth, humble yourself.

Instead of coming to the masjid for 5 Solah, because you have a lot of money, spend more time you have in THR masjid. Come 5 minutes earlier than the others. Why!! Because we have a better motor vehicle. 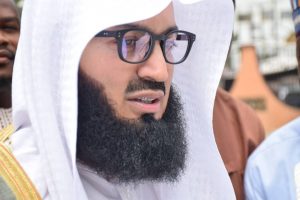 Change that for the sake of Allah. Do you know that every Fridays, the angels stand at the doors of the masjid writing names of those who came first and next and then next. The angels are writing the names of who came first, second and third and etcetera.

I rather be in the book of those who manage yo come to Allah’s house first on Friday than to be in the book mentioning the most important people in the world. True importance is when Allah gives you importance and not another human being. May Allah grant us understanding. 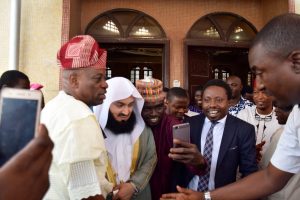 So remember my brothers, don’t be deceived by this world. Some people when they have a lot of money like I said, it lead them away. They begin to marry and divorce as though the women are toys and I mentioned that. They began to treat those who work under them as though they are concubines. ‘I can do what I want with you because you are a slave and I paid your money’. We are all slave of Allah and Allah alone.