Nigeria’s respected Muslim scholars, Sheikh Thaoban Adam Al-Ilory, Dr Sirajdeen Bilal Al-Asraa and Sheikh DhikruLlahi Shafi’i’ joined their counterparts from other parts of the world to discuss the plethora of challenges facing the Muslim world, at the annual conference of the International Union of Muslim Scholars (IUMS).

At the six-day conference, which held at the Global Affairs Centre of Istanbul’s Sabahattin Zaim University in Turkey, between Sunday, November 4 and Friday, November 9, the union also chose a new President, Deputy Presidents, Secretary-General and board members.

No fewer than 1,500 scholars across the world attended the conference, which had as its theme: “The embodiment of some of the problems that we see across the Muslim world”.

The pictures of the three Nigerian scholars who attended the conference went viral on social media (Facebook), showing them with Sudanese scholar, Prof Essam Ahmed Basheer and Sheikh Yusuf Qaradawi, a leading scholar of global repute, based in Doha, Qatar, who is the outgoing President of the International Union of Muslim Scholars (IUMS).

Sheikh Qaradawi, the 92 year old scholar-author of many books, including Fiqh Az-Zakat, handed over the mantle of leadership to Sheikh Ahmed Al-Raissouni, who will subsequently be coordinating the affairs of the Muslim world through the largest and most popular association of Muslim scholars worldwide.

Ahmed Abdulsalam Mohamed Al-Raissouni was born in 1953 in the village of Awlad Sultan in Morocco’s northern Larache province.

He received his primary and secondary education in the same village before moving to the Moroccan city of Fez, where he earned his Bachelor’s Degree in Islamic Law from Al-Qarawiyyin University in 1978.

Al-Raissouni completed his postgraduate studies at Rabat’s Mohammed V University, from where he obtained a Master’s Degree in 1989 and a PhD three years later. 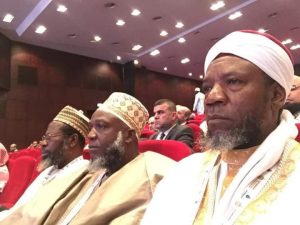 From 1996 to 2003, al-Raissouni was the head of the Morocco-based Attawhid Wal Islah (Unity and Reform) movement. 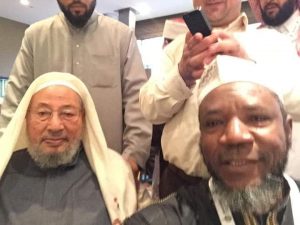 He also served as academic advisor to the U.S.-based International Institute of Islamic Thought and was a member of the Association of Moroccan Scholars before the association’s dissolution in 2006.

Al-Raissouni also served on the editorial board of the Scientific Journal of Islamic Knowledge and was a founding member — and first president — of the Morocco-based Islamic Society. 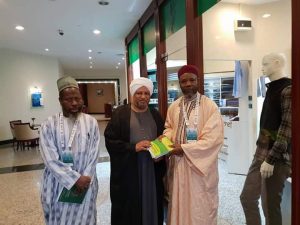 From 1994 to 1996, he headed the Rabat-based Islamic Future Association, and from 2000 to 2004 served as director of Arabic-language daily Al-Tajdid.

His academic works, which focus largely on the writings of 14th-century Sunni legal scholar Imam al-Shatibi, have been translated into a number of languages, including Persian, Urdu, English and Bosnian.

Al-Raissouni is married and has five children. 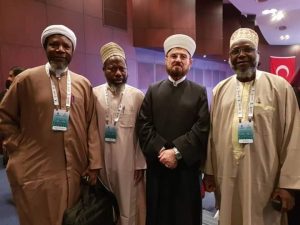