The norm for every human being is the desire to meet set targets and goals, both in the short and long terms. These targets and goals are often times the manifestation of what we think we have the capacity to achieve in the foreseeable future; what we can generally describe as “dreams”. It is however noteworthy that a key determinant, amongst others, of fulfilling our dreams is life or existence.

Unfortunately, this key determinant (life) for the actualisation of the dreams and aspirations of Usamah Adenowo, Esq., was tragically ended on the 4th of November, 2018, putting an end to those lofty dreams.

According to The Nation, a lawyer and a motorcyclist were killed on the night of Sunday, November 4 in a road crash at Volks Bus Stop on the Lagos-Badagry Expressway.

“The Nation learnt yesterday that the okada rider and Usaamah were hit by a trailer while trying to avoid an oncoming Sport Utility Vehicle (SUV) that drove against traffic.

“The reckless SUV driver drove the wrong way to avoid heavy traffic on the other lane. The okada rider, in a bid to avoid a head on collision with the SUV, unknowingly turned into a speeding trailer. That man (Usaamah) and the okada rider were hit by the trailer. Both of them died on the spot,” an eyewitness told The Nation.

The situation leading up to his death was particularly sorrowful, considering that several “what-if” questions naturally surfaced. What if the oncoming SUV driver wasn’t driving against traffic? What if there was no heavy duty truck coming on high speed that eventually hit the lawyer and the bike man, amongst other questions?

But as Muslims who dutifully submit to Allah’s decree, we have accepted Allah’s will to terminate the life of our brother in such circumstances. 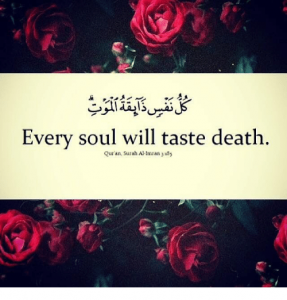 Barrister Usaamah was on the path of becoming a great legal luminary. He completed his Bachelors degree in Law (LLB) in 2014 from the University of Ilorin, and he was immediately admitted to the Yola campus of the Nigeria Law School, and having satisfied all requirements, was called to the Nigerian Bar in 2015. He completed his compulsory youth service in 2016, and things seemed to be shaping up for a brighter future.

He commenced his Masters in Law (LLM) sometimes in 2017, but was unable to conclude it before Allah took him. He secured a job with a law firm early this year, and on that course, he met his death.

“He used to talk to me about the revolution of Salahuddin Al-‘Ayuubi and how he wanted to replicate that feat. He told me he wanted to become wealthy for the sake of philanthropy, he wanted to build an Islamic Industrial Estate for Da’wah in Nigeria; where we will all live, work, propagate Islam and chart the course of the country. He also told me he would love to become the United Nations Secretary General.” 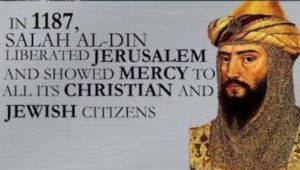 The concept of dreams by a Muslim must always be twin fold. The ones that will surely end whether achieved or not, and the twin that would never end regardless of its realization or not. The dreams that relate to this world will come to a halt at one time or the other, while those of the hereafter never end.

This was firmly understood by “Ibn Zayd” as he was fondly called, for he prepared for that of this life just as he did for the life he has transited to. He consciously paid attention to all details regarding his spiritual life, which has a huge role to play in the final abode of all human beings.

His compulsory, voluntary and superogatory acts were tenaciously attended to. He recited the Qur’an passionately and followed its teachings to the best of his ability.

What about the morals of this young man?

Positive statements before and after his funeral rented the air, online and online. These statements, I believe, gave his families, friends and well-wishers the tranquility of mind and succour to conclude as to the worthy and noble life Barr. Usaamah lived.

To serve as lessons to all of us he left behind, it is important to highlight some of the eulogies that were rendered to lay credence to the worthy, well-spent life of late Usaamah.

READ ALSO...  Nipping Fake News phenomenon in the bud in Nigeria by leveraging on expert opinions, By Dr. Lukman RAIMI

“Tilaawah of the Quran was a life, not a hobby to him. He is gifted in ever having a smiling face, cool speech and analysis devoid of bias. He was a great son and student, determined to live for the mission of his parents and teachers”.

“One of the most striking things I won’t be forgetting about him in a long while is his firm and subtle way of admonition. He always states the truth emphatically on all issues and ends with a smile. He was always a voice of reason, especially when we were trying to shy away from the obvious truth”.

Among his other qualities was spiritual awareness and alertness. This was captured by an alumnus of VA and a Radiography graduate from CMUL/LUTH, AbdulBasit Amida, who said:

“…We travelled together recently and as I gazed at him, his lips were busy with Adhkar. It spurred me to do the same as I was amazed with his spiritual consciousness”.

Another account supported his firm stand on core Islamic principles. This was stated by the Chief Missioner of VAOSA and a Medical Doctor, Dr Mus’ab Obalola in his comment: “I will miss him for being firm and unapologetic on clear issues”.

His humility and cheerfulness was never in doubt from the reaction of Abdullah Adewunmi, an alumnus of VA and an Accounting graduate of UNILAG as he said:

“I am going to miss him a lot. He was such a humble personality, even right from Vanguards Academy. He took his time to explain some things to you as if he was going to get paid for it. I will miss his sonorous voice and cheerful smile.”

Late Usaamah read widely and ensured that people like him don’t only read, but also read the right books. This was the opinion of Umar Abdur-Razaq, an alumnus of VA and a registered Nurse, who recalled himself being cautioned by the late lawyer, as he told him; “Bro, please watch what you read so you don’t absorb the wrong stuff. It will take time before you even realise.”

Nurse Umar went further by saying; “I wish I was able to get at least one more advice before his soul was taken to a better place.”

READ ALSO...  Sultan tells Nigerian Muslims to pray at home, use internet for sermon during Ramadan

The lessons learnt from the life of Barr. Usaamah will require a substantial number of pages to exhaust in writing, but with the little mentioned, it behooves us as Muslims to draw from them, in bits or in totality. Worthy of mention is also his life span; 25 golden years.

A lot of us are older than him, while others are not. Death could have taken us at that age or at an even younger age, but the privilege of us still in existence should be well appreciated by living a worthy life in this world, which should simultaneously enhance our chances of gaining the pleasure of Allah.

The pleasure of Allah is described in Q3:185, where Allah says: “Every soul shall taste death, and only on the Day of Resurrection shall you be paid your wages in full. And whoever is saved from fire and made to enter Paradise is indeed successful. The life of this world is but the comfort of illusion.”

I wholesomely share in the grief of our dear departed Usaamah’s father, mother, step mother, siblings and relatives. May Allah grant you all the fortitude to bear this huge loss, forgive his shortcomings and grant him Al-Jannah Al-Firdaus (Ameen).